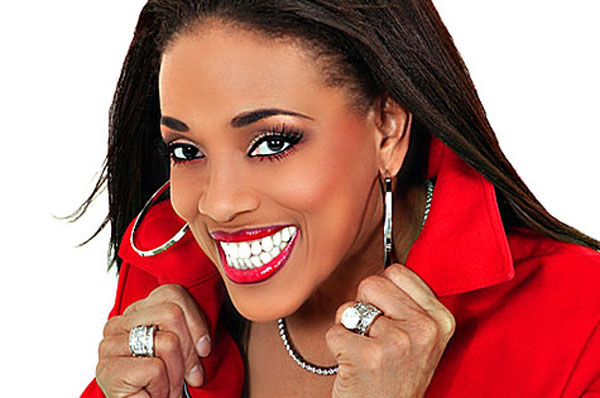 On December 19th, President Barack Obama grants clemency to 231 federal inmates, he issued 78 pardons and commuted the sentences of 153 prisoners. To date, his acts of clemency totals 1,324– the largest ever for any US President. He has commuted the sentences of 1,178, including 395 serving life sentences.   A pardon eradicates any legal liabilities from a conviction. A commutation will shorten actual prison time but does not eliminate a conviction nor restore rights which were lost. President Obama’s actions are an effort to free inmates, mostly African-Americans and Latinos, serving lengthy sentences, the result of the government’s “War On Drugs”. The 12/19 clemency action may not be the last for the Obama White House.

White male millionaire Jean Louis Goldwater Bourgeois will give a little bit of Manhattan back to Native Americans. He will transfer the deed of his $4 million landmarked West Village house, located at 6 Weehawken Street, to a nonprofit controlled by the Lenape tribe, indigenous Manhattan people. The Lenapes were the original inhabitants of Manhattan, land of many hills. Bourgeois advocates for Native American causes. He recently returned to NY after spending two months in North Dakota protesting the proposed pipeline near the Sioux Standing Rock Indian Reservation.

The Apollo Theater presented “The First Noel”, the Classical Theatre of Harlem’s endearing musical about home, memories and family traditions………. The Uptown Dance Academy presented its “21st Black Nutcracker Show”, a Xmas/Kwanzaa dance/music confection which includes music by Tchaikovsky and Ellington and dance genres like ballet, African, modern and hip-hop on 12/16 at the Hostos Center for Arts and Culture in the Bronx. Community Board 10 hosted a holiday celebration on 12/9 and presented a special award to Chet Whye, political strategist-cum-community advocate….Kenneth Morrison’s Lemor Realty hosted a lavish holiday gala at the subterranean hot spot Row House on 12/9, which was frequented by elected officials and mostly Gen-X real estate elites, as was the posh Horsford Group’s Alyah and Rob Annual Holiday Party at the Cove Lounge…….. The MLK Democrats hosted its Annual Toy Drive at the Kennedy Center, which was filled to overflow and politicos everywhere like Assemblywoman-elect Inez Dickens, retiring Congressman Charlie Rangel and the usual suspects, Democratic district leaders, judges, lawyers……………. Unlimited Contact duo Bob Tate and Dedra Tate hosted their Annual Toy Drive at Cove Lounge on 12/18. They got enough toys to open a gift shop.

Of the 32 Americans who qualified for the 2017 Rhodes Scholars Program, seven are African-Americans. Created in 1902, the Rhodes Scholarship is the highest award for American college students. The scholarship is for graduate study at Oxford University in England. The following is a list of the scholars and their college affiliation.  Cameron D. Clarke: Howard; Aryn A. Frazier, University of Virginia; Christian E. Nattiel, West Point; Olivia A. Klevorn, Yale; Aaron C. Robertson, Princeton; Ahmed M. Ahmed, Cornell; and Caylin L. Moore, Texas Christian University.

Ta-Nehisi Coates’ swan song interview with President Obama which is the Atlantic magazine cover story MY PRESIDENT WAS BLACK: A History of the First African- American White House – And Of What Came Next. It is going to be the talk of all post-holiday parties well into the New Year.

LeBron James is the Sports Illustrated magazine’s “Sportsman of the Year” in its 12/19 double issue. The magazine is chock-full of 2016 sports highlights and rising stars, including a Muhammad Ali remembrance and photo essay. African-American athletes from track, boxing, basketball and football dominate this issue, which looks like Ebony magazine back in the day.

Time magazine’s 2016 TOP 10 Fiction Books includes four titles by African-Americans: “The Underground Railroad” by Colson Whitehead, “Another Brooklyn” by Jacqueline Woodson, “Homegoing” by Yaa Gyasi and “Swing Time” by Zadie Smith. On Time’s Top 10 Nonfiction list there are four titles by African-Americans including “Kill ‘Em and Leave, Searching for James Brown and the American Soul” by James McBride; “Hidden Figures”, about Black women mathematicians who were a part of the NASA space program, by Margot Lee Shetterly; Teju Cole’s “Known and Strange Things”, a book of essays; and “MARCH,Vol. 3”, by Congressman John Lewis.

Milton Allimadi’s second edition of his nonfiction monograph, “The Heart of Darkness: How White Writers Created the Racist Image of Africa”. This is a well-researched, cutting-edge, provocative indictment and study of how mainstream media purposely distorts news emanating from Out of Africa. Ugandan-born scholar Allimadi is the publisher of   blackstarnews.com and an alum of the Columbia Graduate School of Journalism.

Dandy Wellington, master of song, dance and style and his band will spend the holidays performing at the Sydney Opera House in Australia, where their engagement runs through late January…… Valerie Bradley, Harlem businesswoman and co-author of the book, “Harlem Travel Guide”, spends the holidays in Dakar, Senegal where she will attend a wedding……….Victoria Pannell, one of the Millennials referenced in WGO two weeks ago, got an early Xmas gift early admission to Duke University.

RIP: Howard Bingham, 77, died in Los Angeles last week. Bingham was Muhammad Ali’s best friend, confidant and photographer. Born in Mississippi, Bingham was raised in Los Angeles. A photo journalist, he worked for Life and Sports Illustrated magazines, photographed world leaders and celebrities. He published numerous photo essays of Ali, his friend for 50 years. He also dabbled in electoral politics, which died with his primary bid. His marriage, which ended in divorce, produced two sons, Dustin and Damian.

RIP: African Sun-Times Publisher Dr. Chika Onyeani died last week. An African Diaspora advocate, he was a household name to Continental Africans, stateside Africans and African-Americans. The NY/NJ- based businessman was the publisher of the African Sun-Times, a weekly newspaper distributed in NY and NJ. He wrote the shock-value book titled “Capitalist Nigger”. The Dean of African Media, he co-founded, then became the first national chair of the United African Congress. He was the first chair of the African Union Diaspora Task Team of the African Union. Read the blackstarnews.com tribute to Nigerian-born Igbu Chika Onyeani. He will be buried in Nigeria. The Onyeani family will host a NY memorial early next year.

Award-winning gospel diva comes to town in “Holiday Praise with Vickie Winans”, a musical celebration of the gift of Xmas and the rich heritage of soul food…. and all that you can eat on December 23rd at 8 pm at Thomasina’s Banquet Hall, 205-35 Linden Boulevard, St. Albans, Queens. [Call for reservations at 718.525.5273]

The Voza Rivers New Heritage Theatre and the Museum of Natural History presents “KWANZAA 2016” with Ruben Studdard, “Songs for the Soul”, at the Millstein Hall at the Museum on Central Park

Harlem-based entrepreneur Victoria Horsford can be contacted at victoria.horsford@gmail.com.