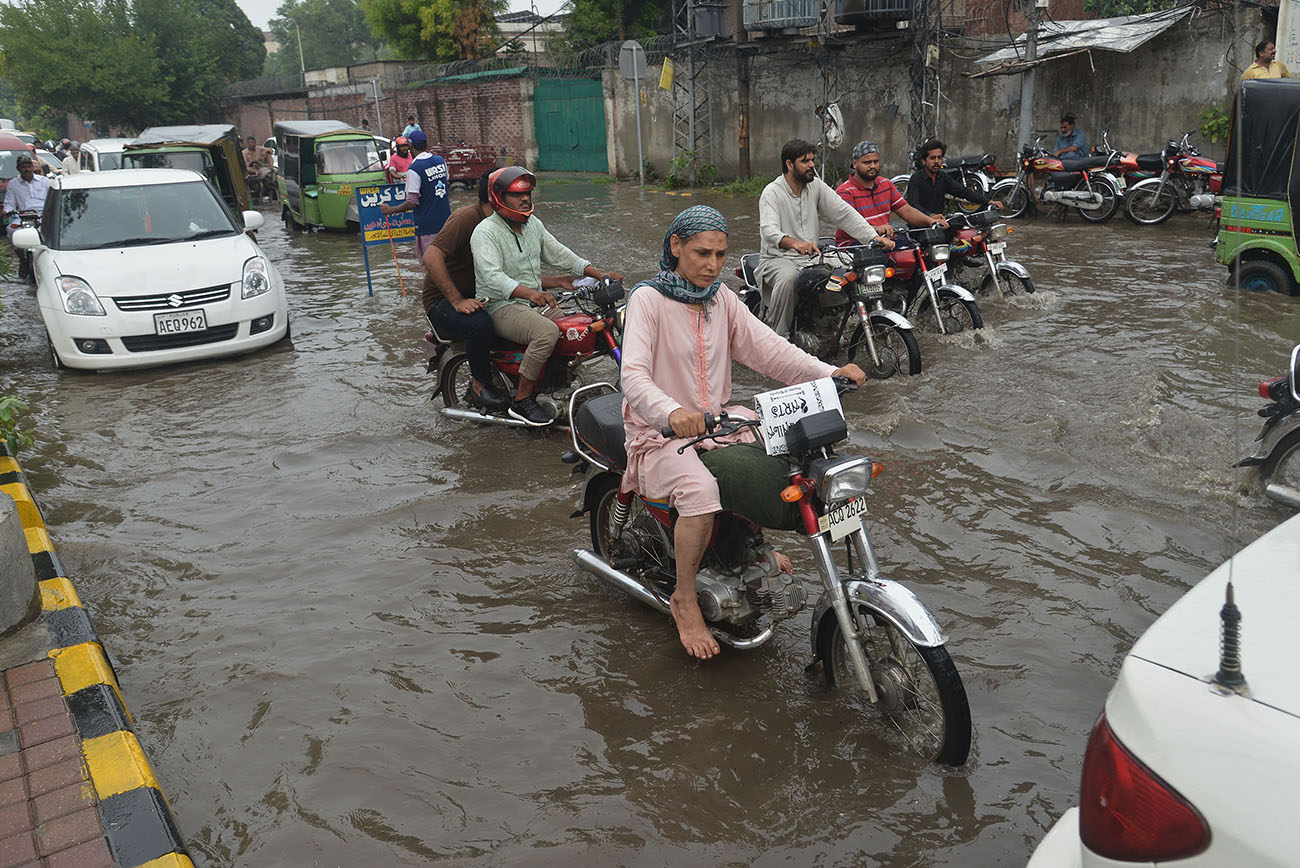 Publisher’s Warning: Young people, read the below from the United Nations and from Earth.com as a vision of your future.

When you are in your 50’s and beyond, you will be living in a world vastly different than the one we have now. A world we’re seeing just hints of in today’s killer heatwaves, droughts, fires, mass migrations and the like. This is just the beginning of what’s coming, and it can be tempered by personal habits and political action. And this is alongside a pollution problem that has what seems to be an agreed upon projection, that by 2050, 28 years from now, the mass in the oceans will be 50% fish and 50% plastic. The fish will eat the plastic and you will eat the fish. DMG

What Is Climate Change?

Climate change refers to long-term shifts in temperatures and weather patterns. These shifts may be natural, such as through variations in the solar cycle. But since the 1800s, human activities have been the main driver of climate change, primarily due to burning fossil fuels like coal, oil and gas.

Burning fossil fuels generates greenhouse gas emissions that act like a blanket wrapped around the Earth, trapping the sun’s heat and raising temperatures.

Examples of greenhouse gas emissions that are causing climate change include carbon dioxide and methane. These come from using gasoline for driving a car or coal for heating a building, for example. Clearing land and forests can also release carbon dioxide. Landfills for garbage are a major source of methane emissions. Energy, industry, transport, buildings, agriculture and land use are among the main emitters.

Many people think climate change mainly means warmer temperatures. But temperature rise is only the beginning of the story. Because the Earth is a system, where everything is connected, changes in one area can influence changes in all others.

Climate change can affect our health, ability to grow food, housing, safety and work. Some of us are already more vulnerable to climate impacts, such as people living in small island nations and other developing countries. Conditions like sea-level rise and saltwater intrusion have advanced to the point where whole communities have had to relocate, and protracted droughts are putting people at risk of famine. In the future, the number of “climate refugees” is expected to rise.

Every increase in global warming matters

In a series of UN reports, thousands of scientists and government reviewers agreed that limiting global temperature rise to no more than 1.5°C would help us avoid the worst climate impacts and maintain a livable climate. Yet based on current national climate plans, global warming is projected to reach around 3.2°C by the end of the century.

The emissions that cause climate change come from every part of the world and affect everyone, but some countries produce much more than others. The 100 least-emitting countries generate 3 per cent of total emissions. The 10 countries with the largest emissions contribute 68 per cent. Everyone must take climate action, but people and countries creating more of the problem have a greater responsibility to act first.

We face a huge challenge but already know many solutions

Many climate change solutions can deliver economic benefits while improving our lives and protecting the environment. We also have global frameworks and agreements to guide progress, such as the Sustainable Development Goals, the UN Framework Convention on Climate Change and the Paris Agreement. Three broad categories of action are: cutting emissions, adapting to climate impacts and financing required adjustments.

Switching energy systems from fossil fuels to renewables like solar or wind will reduce the emissions driving climate change. But we have to start right now. While a growing coalition of countries is committing to net zero emissions by 2050, about half of emissions cuts must be in place by 2030 to keep warming below 1.5°C. Fossil fuel production must decline by roughly 6 per cent per year between 2020 and 2030.

Adapting to climate consequences protects people, homes, businesses, livelihoods, infrastructure and natural ecosystems. It covers current impacts and those likely in the future. Adaptation will be required everywhere, but must be prioritized now for the most vulnerable people with the fewest resources to cope with climate hazards. The rate of return can be high. Early warning systems for disasters, for instance, save lives and property, and can deliver benefits up to 10 times the initial cost.

We can pay the bill now, or pay dearly in the future

Climate action requires significant financial investments by governments and businesses. But climate inaction is vastly more expensive. One critical step is for industrialized countries to fulfill their commitment to provide $100 billion a year to developing countries so they can adapt and move towards greener economies.

Ocean pollution threatens the health of the World

In the first comprehensive report of its kind, experts describe how the impacts of ocean pollution are directly harmful to human health, and plastic is only part of the problem. The researchers found that toxic ocean pollution endangers the health and well-being of more than three billion people.

Dr. Philip Landrigan is the director of Boston College’s Global Observatory on Pollution on Health. “Simply put, ocean pollution is a major global problem, it is growing, and it directly affects human health,” said Dr. Landrigan.

“People have heard about plastic pollution in the oceans, but that is only part of it. Research shows the oceans are being fouled by a complex stew of toxins including mercury, pesticides, industrial chemicals, petroleum wastes, agricultural runoff, and manufactured chemicals embedded in plastic. These toxic materials in the ocean get into people, mainly by eating contaminated seafood.”

“We are all at risk, but the people most seriously affected are people in coastal fishing communities, people on small island nations, indigenous populations and people in the high Arctic. The very survival of these vulnerable populations depends on the health of the seas.”

The researchers analyzed data from more than 584 scientific studies. Beyond food contamination, oil spills and chemical waste threaten the marine microorganisms that provide much of the world’s oxygen supply. According to Prince Albert of Monaco, the analysis can be used to mobilize global resolve to curb ocean pollution.