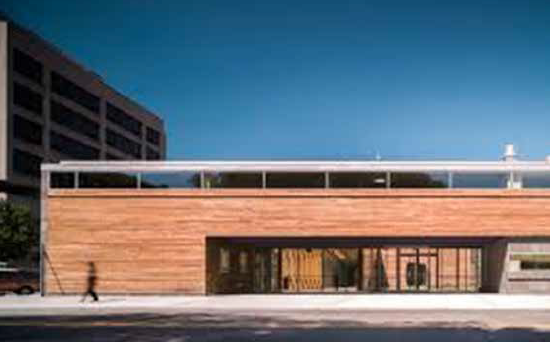 Weeksville is the four restored remnant 19th century buildings along the old Huntersfly Road; the families, including our friend Jeanne Hammond’s, who resided in the area in the 20th century; the historians James Hurley, Dewey Harley, Dolores McCullough, Patricia Johnson in the 1960’s, and, in these times, preservationists Joan Maynard (deceased) and Pamela Green, who all worked to bring “the miracle” to life. It is much more than the “no man’s land” or terra incognita depicted in the article below written by a 19th century reporter. It now is a jewel in King’s County’s crown. Next year, we commemorate the sesquicentennial of Weeksville’s founding, the golden anniversary of its resurrection as a global community center for learning and its position in history as a foremost example of the borough’s spirit. Said Ms. Green at the October 29, 2002 groundbreaking to kick-off Weekville’s multi-million restoration project. “Brooklyn’s story is New York’s story and America’s story.” Weeksville is Brooklyn and beyond.

South of Atlantic Avenue — in that part of the City (of Brooklyn, New York) intersected by Troy, Schenectady, Utica and Rochester Avenues — is a sort of Terra incognitas {sic}.

The inhabitants are principally colored people and its chief products are low groggeries, goats, and mangy, half red and wholly savage curs.

As a place of resort for picnic parties it is not and probably never will be at all popular, but on the contrary it is quite a “Jack in the Box” sort of locality for the police of the tenth sub-precinct. Sergeant Meeks is always in a state of curiosity as to “What will turn up in Weeksville to-night?” Sometimes, it is a disorderly house, a regular witch’s mixture sort of place where whites and blacks and all the intermediate shades mingle, mingle, mingle so freely and get so tight that the evening’s entertainment invariably winds up with a brutal knock down and drag out fight. Then the police have their work cut out for them and Sergeant Meeks is easy in his mind, he knows “What’s up to-night”. A hunt after a suspected purloiner of chickens forms another pleasantly exciting episode in the experience of the policemen of that precinct, but wandering around from house to house asking questions about stray goats with a relish for the bark of the trees on the Avenue, or making inquiries respecting wolfish dogs who have partially lunched off the chubby legs of some mother’s darling are aggravating expeditions. The inhabitants are never able to answer such conundrums, and the policeman returns sadder but not a wiser man.

What Nature has done and what the Contractors Think

Nature has kindly done her best to make the place picturesque. It is all hills and hollows. The hills are the highest and hollows are the deepest of any city. Contractors fail to see anything to admire in the picturesque beauty of those sandhills, studded with boulder and carpeted with {the} scubbiest kind of grass or the hollows filled with stagnant water in which float the rotting carcasses of decayed dogs and cats. They simply see so many lots waiting to be dug down or filled up: That is the impression it makes upon their materialistic minds. The streets are in a state of chaos and general uncertainty. Ruts, stones, garbage, ashes, dust, and all other disagreeable and disgusting things are there in abundance while the houses on either side appear to be debating the question whether they should move off to some safer place or remain just where they are for fear of a worse fate befalling them. Some of the frame and frail tenements are parched on the top of a sand bank, like sparrow houses on a pole, others have their foundations in a sunken lot and the roofs are level with the street. That is what gives the place an air of uncertainty and the casual visitor would not at all be surprised to see the house either tumble down or disappear altogether. Those not built high up or low down are stuck on the side of a hill where they hang like a fly on the wall. Most of the houses have little patches of garden surrounding them and although untidy and shiftless hands attend to them, their products — in the shape of corn, tomatoes, beans, peas and what is called “Truck” — are plentiful and well grown. The livestock consists of chickens, geese, and goats. They are looked after semi-occasionally, counted in the evening and the chickens and geese receive a daily allowance of food in addition to what they pick up while foraging in the street, or scratching a neighboring garden. The goats are always in good condition on a mixed diet of old boots, rags, paper, condemned mattresses, chips, corks, cabbage stalks and other provender picked up during their day’s ramble. It would be unfair to omit all mention of the dogs for they are always not only always heard, but they occasionally make their presence felt. They prowl around every corner, scrape luxurious couches in the dusty streets, or lie panting on the shady side of the fence and snap and snarl, and bark and bite in a manner to remind a Turk of the city which the descendants of Peter the Great so much desire to annex. The progress of improvement is slow in that section for the work to be done is expensive and the majority of the owners of property are not wealthy. If pushed forward rapidly the assessments, instead of being one half the assessed value of the property, would eat it all up and then there would be a large bill for the Auditor to audit and the controller to pay on behalf of the city.

Last winter many of the property owners experienced considerable inconvenience and sustained heavy losses on account of the freshets and in some instance, they had from three to four feet of solid ice in their cellars for more than two months. When the thaw came the result was even worse, as the large pond lying between Utica Avenue and the old Hunterfly Road rose to an unprecedented height. The water made itself at home in several parlors and refused to leave until Spring months had almost passed away. Complaints were loud and numerous, but nothing could be done until the sewer in course of construction along Rochester Avenue was finished, and then Alderman McGroaty offered a resolution that a temporary sewer be built to connect with the pond for the purpose of drawing it. The resolution was adopted of city works. The colored people are anxious to know what Messrs. Palmer and Whiting are going to do about it. The work of filling the pond is in the hands of Mr. Peter Riley and progresses slowly, for reason that the average depth of the ten acres to be filled is about 25 feet. Two and three carloads of dirt dumped into such a hole as that make hardly any perceptible difference in its appearance.

Modern Improvements in the Shape of Sewers and a New Railroad

Last winter the legislature passed a bill authorizing the construction of a railroad along Rochester Avenue to connect with the Broadway line of cars, and on Tuesday morning the first load of timber to be used was dumped on Atlantic Avenue. Work will be commenced immediately, and it is expected that the road will be in running order sometime during the Fall.

For those doing business in the E.D. {Eastern District} or in the upper part of New York it will be a great convenience, as at present they are obliged to walk a long distance before they can get aboard the cars on Broadway.

* Eastern District was a term used in the 19th century for the eastern part of Brooklyn generally including Bushwick, Williamsburg and the northern parts of the Bedford-Stuyvesant sections.

Weeksville was a nineteenth century free black community located in what is now the Bedford-Stuyvesant area of Brooklyn, New York.  It is remembered today as a historic site for its community programs, urban employment opportunities, and the promotion of racial respectability. In 1838, only 11 years after slavery ended in New York, Weeksville was formed when Black men purchased a substantial area of land from Henry C. Thompson, another free black man.   Other African Americans were encouraged to settle on the property and lots were sold to newcomers.

Now Is the Time to Come Together