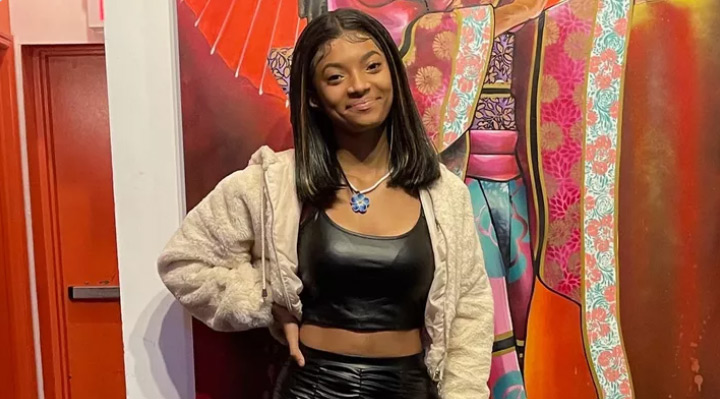 Media reporting the fatal shooting of a beloved 17-year-old basketball star, Shayma Roman, was sensitive and deep.
New accounts captured a father’s grace under the pressure of telling the public of his love for his daughter. Other family members and witnesses forged through agony and anguish to share their remembrances of her exemplary life and spirit. As cameras rolled, journalists captured the story of what happened on Wednesday evening, September 28, 2022. As she stood with her sister and friends for a few minutes on the sidewalk outside an Eastern Parkway building near Rochester Avenue in Brooklyn, the Daily News reported that “black-clad gunmen opened fire on the street,” and “random” bullets hit her face. The New York Post wrote, Shayma “was gunned down right in front of her sister — who relatives fear will be left traumatized after holding her younger sibling in her arms as she died.”

Neighborhood journalist Joe Gonzalez, days later, reported to Our Time Press that he learned the Brooklyn Democracy Academy student was rushed to nearby Brookdale Hospital, where it was pronounced that the “Serious student and excellent basketball player “was dead on arrival.” Gonzalez also told us, “The New York City Police Department (NYPD) responded immediately to the scene and began investigating. Homicide detectives from the local 77th Precinct canvassed the area; they talked to many people and located video footage of ‘persons of interest.’ Detectives have papered the neighborhood with photos drawn from the video footage.”

A Thursday night press conference was called, and Ms. Roman’s anguished family members and friends shared their poignant memories and stories with grace amidst the pressure. Blood stains were still evident on the sidewalk.

On Friday, September 30, 2022, community activists and other concerned citizens held a two-hour vigil in front of the building — without the presence of working media. Christopher Leon Johnson captured the moment in a video available on YouTube titled “The Community Response/Candlelight Vigil for Shayma Roman.”

More than 250 people attended and heard the electrifying words of such speakers as Nation of Islam Student Minister Henry Muhammad of Mosque 7C; the omnipresent community soothsayer Pastor Sharmaine Byrd and Brian Sanders of the 77th Precinct Council, who conceived “the community response.”
“We hear the cries of the traumatized community,” said Byrd. “We feel the pain… Everybody under 30 is the future of our generation,” said Minister Muhammad.
“Young Queen, living right, to have her life taken the way it did; no one deserves it. We are here to support this family. We are here because we care,” said Sanders.
Publisher’s note: Our Time Press co-founders, staff, and writers extend our condolences to the Roman Family of Eastern Parkway. Our one-on-one interviews this week with Student Minister Muhammad, Pastor Byrd, and community activist Sanders will be featured in Our Time Press in the coming weeks.

OTP Update on Shooting Death of a Crown Heights Star
by Joe Gonzalez
The investigation continues to date and is supervised by NYPD Inspector Tony R. Brown, the Commanding Officer of the 77th Precinct. All the police will say is that two men approached the site and started shooting wildly into the crowd; there is speculation that the shooting has a nexus with the local street gangs in the area.

Inspector Brown urged anyone with information to immediately call the 77th Precinct detectives at (718) 735-0663.