View From Here: We Must Beat Back the Hate
Advertisement 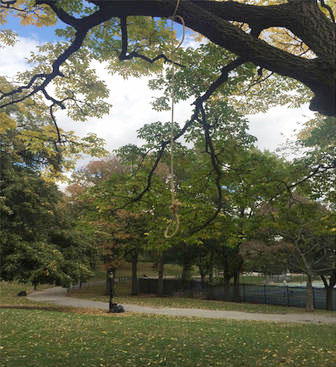 With the rise of President-Elect Donald Trump and the pride in the openness of hate that he inspires, the attacking of women with hajibs, hanging a noose on a tree in Ft. Greene Park this past October along with writing of anti-Semitic graffiti nearby, we thought it a good to remind the readers of the not so distant past in this country.

The people you see in these photos are not out of some distant past. They are the grandparents and in some cases even the parents, of the baby boomer generation and of a certain kind of Trump supporter.   The joyful crowds, sometimes numbering in the thousands at these lynchings, are the grandmas and grandpas who gave guidance to the generations we’re dealing with now. This is the stock they came from. And now they’re joyous at Trump rallies, proud of what they are. They are dangerous in this mode and not just to blacks, ask the Jews, ask Indigenous People around the world. They are the chaff of Trump’s supporters, and they must be separated from the wheat, those regular people who just don’t want to be further drained and left behind. They wanted to see change and it remains to be seen if it’s the change they wanted. If it is not, then there is the opportunity to unite with them around common issues of inequality being voiceless at the national level.

But first will come the suffering. And there is no use in kidding ourselves and hoping for the best. This is a really bad time we’re in, with insecurity in housing, food, healthcare, personal freedom and the future of the planet now as parts of our lives. We are facing the prospects of a further criminalized and enslaving justice system, more voter suppression, and can look forward to the creation of an enemy, foreign or domestic to justify authoritarian rule.

We are reprinting only three of the nine pages of the lynching list from our February 2, 2012 issue. The entire list, searchable by text, is here.   This reprint is sooner than expected, but things are moving too fast to wait for Black History Month, 2017.

Fidel Castro, Cuban Revolutionary, Friend of Africa and Medical Practitioner to the World, Passes at 90