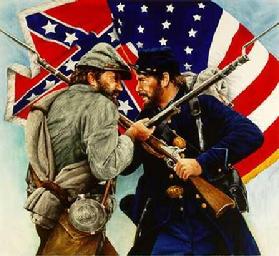 Watching the Donald Trump phenomenon is to see two things, his appeal to base instincts and his economic populism regarding trade pacts and jobs lost.   If the coming battle was only against overt racism, then the Democratic nominee wins, hands down.   However, it’s the class war twist that adds another level of difficulty that Donald is capable of executing to perfection.

Having solidified his base and satisfying them that he knows who they are, in a general campaign he’ll be free to be the reasonable-sounding businessman who, as he has said, is “flexible” and can negotiate better pacts on behalf of large segments of economically challenged white America.   To them, he’s a bastard, but he’s their bastard.  And that combined with the other, is what makes this election so difficult.

The big worry in a Trump versus Hillary contest is the possibility of an October surprise, a release of the text of one of her private paid talks to the Goldman Sachs audience of bankers and financiers, convincing them that she’s their person and the 99% will just have to suck it up.   In that eventuality, the election will truly be up for grabs.  And if it comes out on video, game over.

In that eventuality, the importance of the Black and Brown votes will be critical for Hillary to prevail. And it is a vote that she does not deserve.

The affection can’t be because of the effect of her husband’s administration on Black lives as author Michelle Alexander reveals in her essay, reprinted here from The Nation magazine.  His policies and her support of them destroyed hundreds of thousands of Black lives, for which they both now say they’re sorry.

We need more than that and more than all the kind words they’ve been saying.   “Don’t tell me you love me” is the adage and Hillary hasn’t met that test.  The African-American vote will go for the Democratic nominee in any event, but these are just the primaries coming up and a vote for Bernie Sanders is the only opportunity there will be to register dissatisfaction with establishment politics as usual, we will not have that luxury in November.  If Black people are going to be expected to turn out in massive numbers on behalf of the nominee, then they must also turn on their legislators and hold them accountable by   demanding they bargain under the threat of a restless electorate, rather than wasting the opportunity by falling in line behind the establishment’s lead.  They know the Black vote is absolutely critical, then get something in return.

Bernie’s Plans: The Money is There