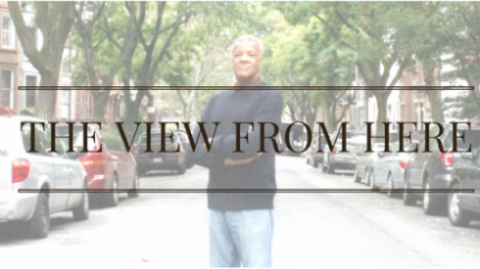 As the country is awakened to the message of white supremacy embedded in the monuments to members of the Confederate Army, who fought to maintain slavery in the United States combined with the white supremacists and Neo-Nazis openly displaying their beliefs in Charlotteville, Virginia, what has been revealed is how the vestiges of slavery remain all around us, and how it takes only a moment of self-recognition to bring them to light. Such is the case with the New York City budget.

In words, New York City is loudly and proudly anti-white supremacy, with all politicians and the vast majority of citizens saying they find it “repugnant and evil”. However, it’s in how the city spends its money where we see white supremacy reigning unchecked. White-owned firms had 94% of the total vendor spending of $15 billion for this fiscal year ending June 30, 2017. The remaining 6% was split up with Asian-Americans and white women receiving over 90% of MWBE spending, at $535 and $400 million, respectively, leaving Black vendors to receive .3% of the budget, or $50.99 million, and Hispanics .6% for $111.37 million.

The share that Asian-American and white women have of the MWBE program suggest there should be a separate division that deals specifically for Blacks and Hispanics.   Asian-Americans aren’t a great historical fit for the MWBE programs and their status of receiving more than 50% of MWBE dollars proves it.

They carry with them knowledge of the country and culture they are a part of. They know their native tongue and have banks that speak their language. The Africans being imported as slaves had been stripped of those things and thereafter were taught the religion, dress, food and subject to the violence of the terrorists in charge. They were not born and bred on the slave-breeding plantations in Virginia.

And Hispanics carry the bloodline of the indigenous people who were raped, slaughtered and their lands stolen throughout the Americas.

And including other ethnicities in the MWBE program is both a confirmation of white supremacy and a way of hiding the crime. The need for a separate program is not based on color as supremacy would like you to believe, “They’re not white, so they need help”.   There are laws against color discrimination. These programs, rooted in the terror-filled experience, have been ongoing for tens of generations.

The legacy of white supremacy is in all of New York, from the criminal justice system to housing court, and from gentrification to the city’s vendor spending. The relationship remains as true now as back in slave-owning times, and daily wreaking more havoc on the Black and Brown community than the KKK and Nazi marchers ever could. All of it done with plausible deniability accompanied by much hand-wringing and programs that, at the current rate, will achieve equity in 230-250 years.

What is needed is to acknowledge there is a white supremacy-imposed “state of emergency” in the African-American and Hispanic business communities, and then implement a Black and Hispanic Business Enterprise (BHBE) program. This will do two things: first, it will remove the illusion that a billion-dollar MWBE program is teeming with Black and Brown businesses, making money when it is not. The goal of this very special department, with its huge budget, will be the awesome task of shortening the economic equality timeline from twenty-two generations to two. I suggest they get started right away.

View From Here: Nazi Sympathizer in the White House