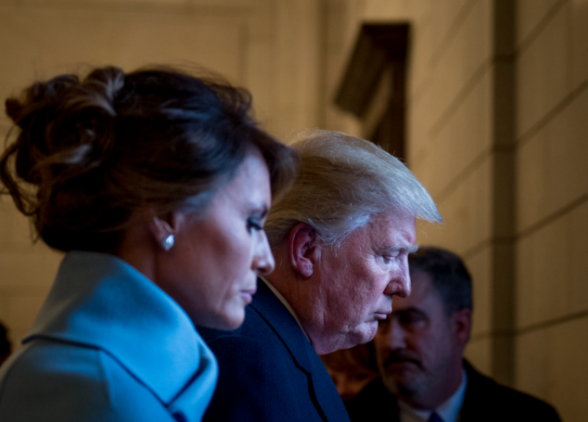 While the Congress, the committees, the special prosecutor and the Fourth Estate looks for the “smoking gun,” Donald Trump and those he has brought to power, who are acting as though they are all Russian agents, promise to wreak havoc on Black and Brown people every which way they can. The only wrinkle is that they wreak havoc on their most fervent believers as well. Unfortunately, it may take a family member having an accident and going bankrupt because of medical bills before they’ll see they’ve been had.

In the meanwhile, the Trump minions will have poisoned the air and water, unleashed microbes in the food supply, increased the collection of heavy metals in animals, fish and people, transferred hundreds of billions of dollars up to the mega-rich, and arrested tens of thousands of Black and Brown people, disrupting families for generations to come.   And that’s just here in the States.

In Saudi Arabia, they made him feel so very important with all of the pomp and glitter they could muster to flatter this clownish and ignorant man elected President of the United States. And while he’s killing us slowly here at home, he’s extremely proud of the $110 billion arms sale to the Saudis, allowing this authoritarian, theocratic regime that has outlawed dissent to quicken its own killing.

I am sure he was thoroughly enjoying himself, but maybe not so much fun later in Israel when he tried to hold hands with Melania and she slapped his away. That’s the second time she’s avoided handholding with Trump. She’s given us her opinion of the man before, as in the CNN interview last year when she said, “…I have two boys at home, I have my young son and I have my husband.”   Now she’s indicating that not only is he a child, but she agrees he’s an odious one at that. Melania had been so comfortable in New York with the president in Washington and now she’s stuck with him on Air Force One for nine days.   It may be starting to get to her – as it would to anyone – but on the plus side, she could be surfing the Net and getting the idea that he doesn’t own her future, she owns his.