Trump Is Playing the China Card. Who Believes Him?
Advertisement 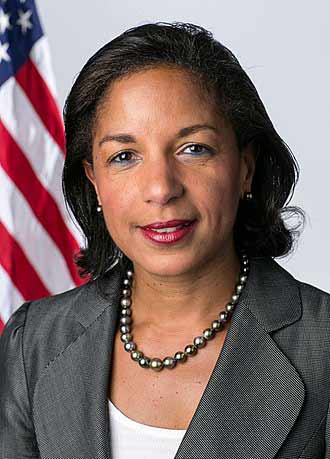 In President Trump’s notes used at the March 19 White House news briefing, “Corona” was replaced with “Chinese” in a reference to the coronavirus.
There is a long history of American presidential candidates using China as a campaign cudgel — from Bill Clinton blasting President George H.W. Bush in 1992 for dealing with a Chinese premier known as the “Butcher of Beijing” to Donald Trump’s 2016 attack that the Obama administration had allowed China to “rape” the United States while Hillary Clinton was secretary of state. This election year, China-bashing will reach a new level, as Mr. Trump seeks to capitalize on high voter disapproval of China, Beijing’s failure to contain the coronavirus and persistent bilateral tensions between our countries.
Desperate to obscure the reality of more than 90,000 American deaths and 36 million unemployed amid Mr. Trump’s utterly incompetent handling of the pandemic, Republicans have no better strategy than to play the China card. The Republicans are executing a 57-page campaign memo that recommends branding opponents “soft on China” and reveals their rationale for repeated refrains of the “Chinese virus” and “Wuhan lab.”
For Mr. Trump, attacking former Vice President Joe Biden on China serves three purposes: to dampen turnout among populist Democrats; to deflect blame for his deadly mishandling of the coronavirus for which he takes no “responsibility at all”; and most cynically, to try to turn his own blatant weakness on China into a political weapon. Mr. Trump’s penchant for projecting his personal failings onto others is one of his most familiar and dishonest ploys — whether the subject is corruption, nepotism, sexual assault or Russian interference in the 2016 election, as with so-called Obamagate.
To preserve his prized “Phase One” trade deal, which failed to change China’s unfair trading practices after a costly tariff war, Mr. Trump downplayed the risk of the coronavirus and heaped praise on President Xi Jinping. Fifteen times in January and February, Mr. Trump lauded Mr. Xi’s leadership on Covid-19. He fawned, “on behalf of the American people, I want to thank President Xi,” and insisted that “they are doing a very professional job,” despite strong evidence of China’s deceptive handling of the virus. Since early in his presidency, Mr. Trump has repeatedly kowtowed to Mr. Xi, gushing about his becoming “president for life” and proclaiming that his “respect and friendship with President Xi is unlimited.”
More dangerously, Mr. Trump’s policies have strengthened China at America’s expense. By antagonizing our Asian and European partners, he has lent impetus to China’s longstanding goal of rupturing our alliances, which constrain China’s global ambitions. By withdrawing from the Trans-Pacific Partnership trade agreement, the Paris climate agreement and the Iran nuclear deal, Mr. Trump has left friends and foes alike to doubt American resolve, while ceding to China the mantle of steadfast global leader.
Mr. Trump’s refusal even to criticize China’s egregious abuses, including against the Uighur minority and pro-democracy protesters in Hong Kong, along with his attacks on the American press and failure to condemn China’s expulsion of American journalists, have combined to grant Mr. Xi a free pass on human rights violations and spotlight Mr. Trump’s abandonment of American moral leadership.
By undermining the United Nations system, Mr. Trump has left an international leadership vacuum that China is rushing to fill. Witness Mr. Xi’s announcement on Monday at the World Health Assembly that China will provide $2 billion to help nations confront Covid-19 and share any vaccine it develops. By contrast, Mr. Trump tweeted a letter slamming China and threatening to withdraw from the World Health Organization.
On strategic imperatives, Mr. Trump allowed China to ease pressure on North Korea and failed to counter China’s cyberaggression and expansionism in the South China Sea. Yet, he saved the Chinese pariah telecom firm ZTE because American sanctions might cause “too many jobs in China” to be lost. Mr. Trump also eagerly enlisted China to serve his personal interests, most notably by pleading for China’s help in the coming election and allowing his daughter Ivanka to pocket plenty of Chinese trademarks.
Given such a self-serving and shameful legacy, it will take some truly Trumpian Houdini tactics to tar Joe Biden with being weak on China. In reality, the opposite is true, and Mr. Biden can use the president’s dismal record against him.
Starting in January, Mr. Biden warned starkly of the dangers of the coronavirus and in February insisted that China be more transparent and admit U.S. scientists, stressing that (unlike Mr. Trump), “I would not be taking China’s word when it comes to the coronavirus.” As vice president, he advocated for American journalists in China and made the case for human rights even while on Chinese soil. Further, Mr. Biden directly confronted Mr. Xi, stressing that U.S. warplanes would flout China’s unilaterally declared air defense zone and back America’s Asian allies against Chinese pressure. Mr. Biden also effectively pressed Chinese officials to halt cyber and intellectual property theft, increase pressure on North Korea, to float its currency and reduce barriers to U.S. trade and investment.
Lacking any sense of irony or decency, Mr. Trump will run his standard play — trying to deflect responsibility for his monumental failings by dishonestly projecting onto Mr. Biden his own weakness on China. Mr. Trump seemingly will do anything to win in November, and his China gambit may prove to be the least of it.
Still, campaigning on China, while a well-worn strategy, is particularly dangerous in these tense times when it fuels anti-Asian hostility at home and anti-American sentiment abroad, makes governing more difficult and raises the prospect of a costly Cold War — or worse.

Susan E. Rice, the national security adviser from 2013 to 2017 and a former United States ambassador to the United Nations, is the author of the memoir “Tough Love: My Story of the Things Worth Fighting For.”  @AmbassadorRice

President Barack Obama’s Commencement Address to the Class of 2020 HBCU Scholars, Saturday May 16, 2020