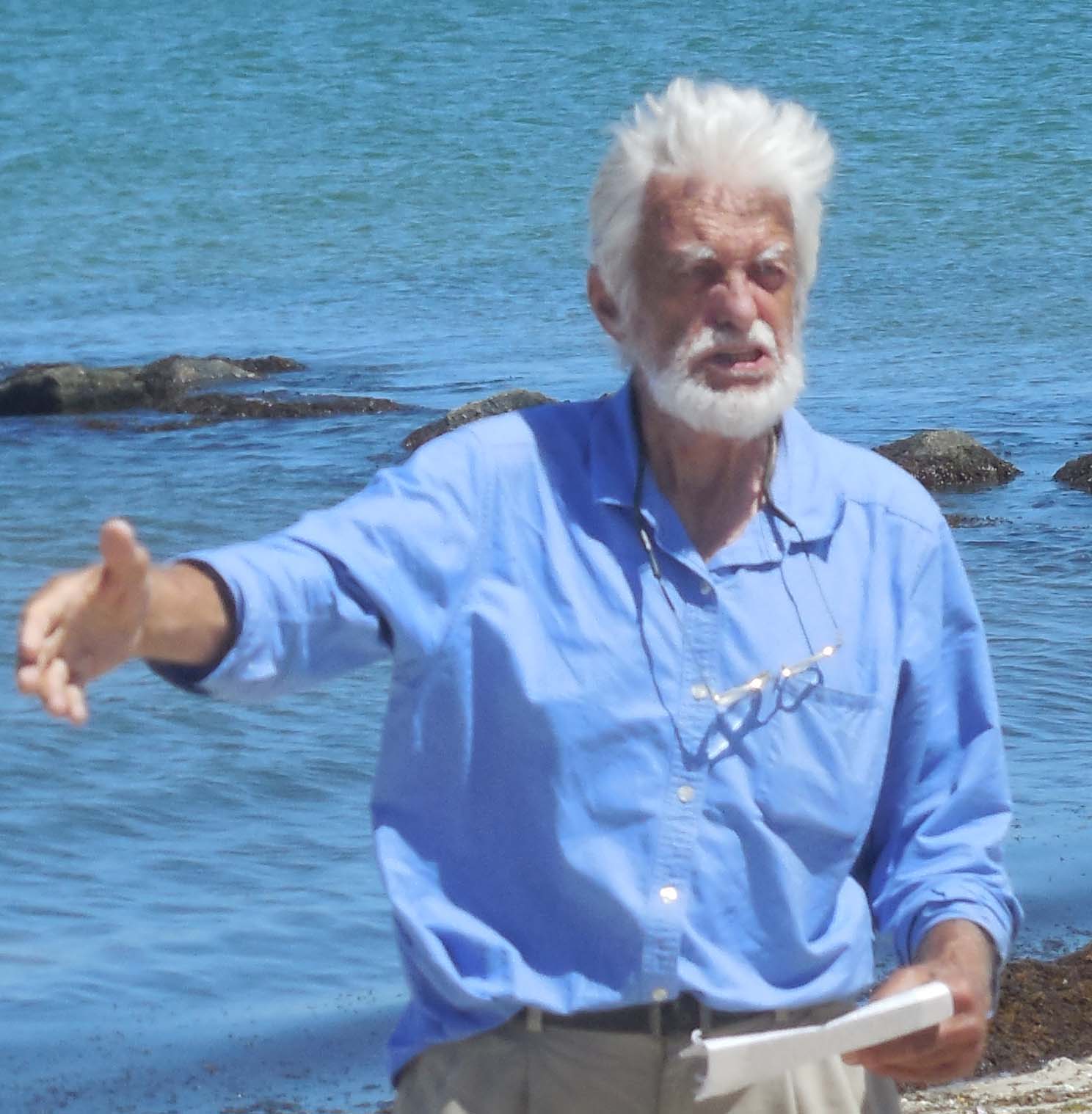 theory that he and all people should live until 140. He based this theory on the premise that living creatures should live to seven times their age of maturity. People mature at 20, therefore they should live to 140.

A graduate of Balboa High School in San Francisco, he went to St. Mary’s College of California with a basketball and football scholarship.

McGrath lived in the Highlands section of Oak Bluffs since 1964, and was a member of Motley Crew’s “The Brain Trust” at Mocha Mott’s since 2001.

He produced the Frederick Douglass speech, “What to the Slave Is the Fourth of July?” on the beach in Oak Bluffs for the past 15 years, as well as lectures, plays, and children’s theater on the Island.

Harlem Renaissance writer and longtime Vineyard resident Dorothy West immortalized him in her novel “The Wedding,” which was about an interracial marriage. She based the characters on McGrath and his wife of 50 years, Abigail McGrath, her niece.

McGrath founded the Off Center Theatre in 1968, and was producing performances through 2017.

The Academy awardwinning actor F. Murray Abraham said, “My work with Off Center Theatre keeps me in touch with honesty.”

He specialized in “bum” parts, and was featured in the film “Better Than Ever” opposite Bill Hickey, “The Luckiest Man in the World” by Frank Gilroy, and “Au Pair Chocolat,” directed by his son, Benson McGrath.

He was featured in many early television shows, such as “Route 66,” “77 Sunset Strip,” and “Death Valley Days.”

In 1968, he created Off Center Theatre to give new playwrights a platform and to promote out-of-the-box concepts within a proscenium setting. He was inspired by his street theater experiences in the Bread and Puppet Theatre.

His first theater was in the Good Shepherd Presbyterian Church on 66th Street. Lincoln Center was doing the excavation for its performing space at the time. When people would ask where his theater was located, he would say “Off Lincoln Center,” hence the name Off Center, which was doubly fitting given the type of political and social plays associated with it.

Playwrights such as Trevor Griffen, Barry Keefe, Neall Bell, Norman Wexler, and Tom Labar all had their works performed there. Christine Baranski, Peter Boyle, Dominic Chianese, Ron McLarty, and a host of others, including F. Murray Abraham, performed there.

Off Center also produced plays for children. It was located near a low-income housing project, and it was clear that the children could not afford a ticket. As a result, the children’s plays were performed on the streets, for free. “Theater is a right, not a privilege,” said McGrath.
These were “zany and irreverent versions of children’s classics”; the actor John Leguizamo got his start as Jack in “Jack in the Beanstalk,” S. Epatha Merkerson was the third pig in “Three Little Pigs,” and F. Murray Abraham, who was quite well-known when he joined, was the prince in Cinderella. The children’s theater company used fairy tales to emphasize women’s rights, diversity, and social issues in a way that was an alternative to Disney.

Under McGrath’s direction, “Biting the Apple,” street theater done in comic book style, about the worm of apathy in the Big Apple, toured the city streets, and “Hope for Life” performed a different episode every week outdoors at lunchtime for those working people who missed their soap opera. It asked the question, Can a girl from a small Latin-American island find happiness as a secretary on Wall Street?

He is survived by Abigail McGrath, his wife of 50 years, Benson McGrath, his son, and Jason Rosen, his stepson.

A memorial will be announced at a later date. In lieu of flowers, donations can be made to Off Center Theatre, 484 West 43rd St., No. 37E, New York, NY 10036, or electronically by PayPal: http://bit.ly/McGrathdonation.

Gold Street May Be Named after Activist Journalist Ida B. Wells