This City of Neighbors Fights for Human Rights
Advertisement 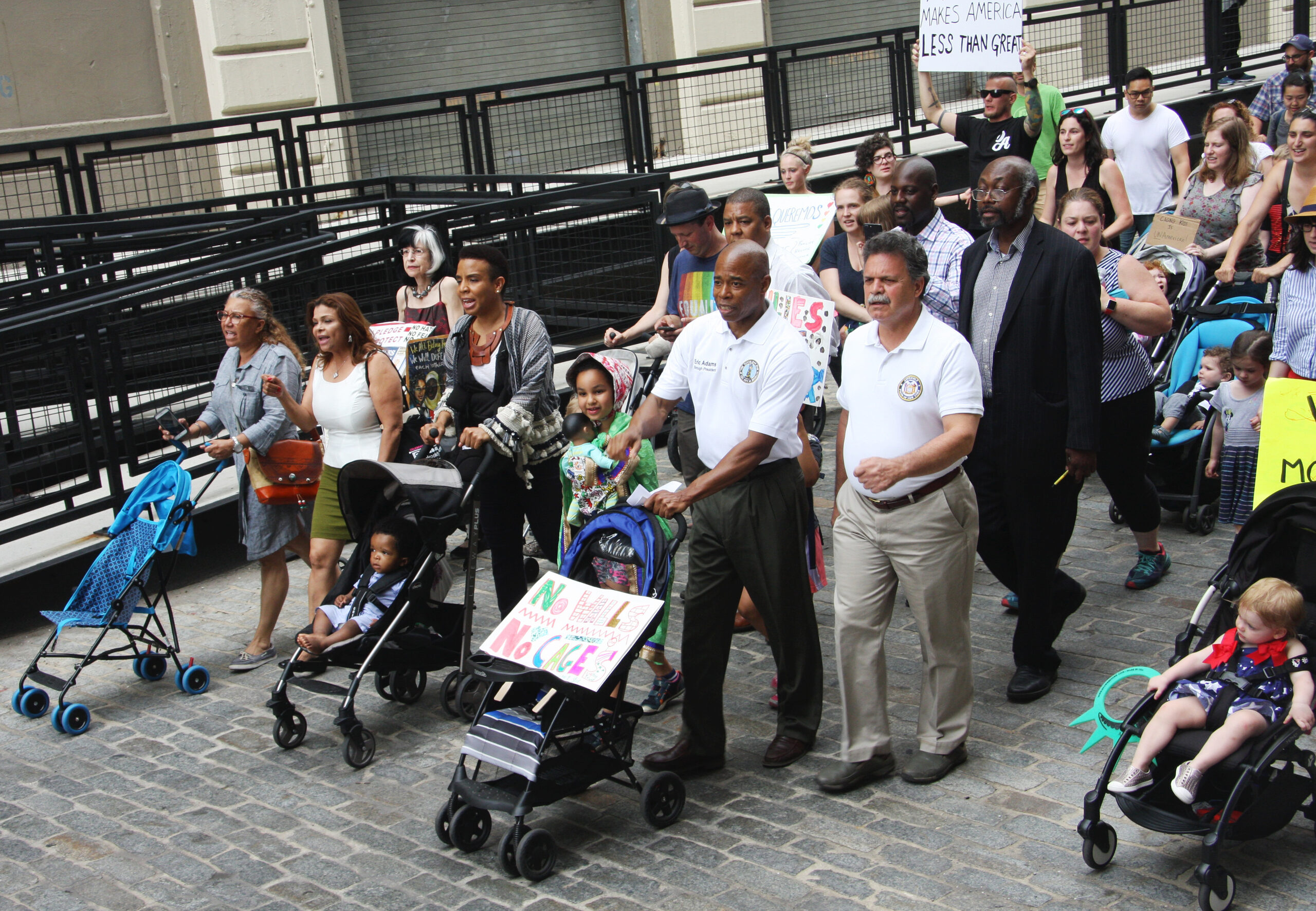 On Sunday, hundreds participated in Brooklyn Borough President Eric Adams’ “Stroller March” in a collective cry of outrage against family separation at the United States-Mexican border, and in support of the more than 2300 immigrant children separated from their parents (now reportedly detained in various locations throughout the United States since May).

Could the stroller – the world’s most recognizable vehicle of child transport – be the symbol that carries America to justice? We are encouraged by leaders’ recognition that paying attention to those with the least power is the path to take in pursuit of justice. Caring about our youngest and our oldest is implicit in every issue that hurts neighborhoods, towns and cities across the nation.

Sunday’s marchers shouted, “What Makes America Great?” Love, Not Hate. Responding to the call, Adams held a stroller above his head and roared, “This carriage is a symbol of protection… a symbol of nurturing … a symbol of what children represent in America.

“When you take a baby out of this and remove them from their mother or their father, you’re destroying the foundation of America and that cannot happen.”

“I am a mother,” said a tearful Cumbo who attended with her ten-month-old son Prince Noah Oluwafemi. “We carry our children in our wombs. We go through extensive labor. We try our best to do our best for our babies, to bring them into this world so they can be the best they can be. We are here today to show that you cannot destroy the critical bond a mother has to her child, that this cannot happen.

“The administration has crossed a line in a way that there is no coming back. We are continuing to mobilize because they cannot tear apart families and strip their children away. I am a mother, and I am angry. And when you anger a mother, you anger the most powerful woman in the world. I am a mother.”

The march started at D’Emic Playground on Third Avenue, wending through the Sunset Park neighborhood to the Metropolitan Detention Center – just one mile of the nationwide of “Families Belong Together – Not in Cages” rallies planned for Saturday, June 20 in opposition to the president’s “zero tolerance” immigration policies. Last Sunday, protestors amplified a conviction, “What Makes America Great?” Love, Not Hate.

ON EDUCATION by Michael Johnson I am back in Brooklyn! (Well, sort of)