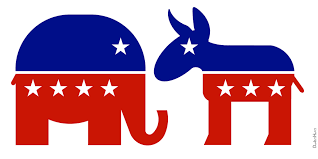 Every four years, the entire nation cycles its focus onto picking the next President of the United States. Candidates spend millions of dollars to catch your attention, hoping that the plethora of television and print ads, coupled with satisfactory debate performances and endorsements from your favorite celebrities will be enough to sway your vote in their favor. Social media is always abuzz around Presidential Election time, with folks pontificating on how people died for our right to vote and how important voting is. The Presidential Election cycle is a parade of strategic influence and peer pressure designed to either inspire you or shame you into voting. The marketing dollar is certainly not spent in vain. In 2016, 810,505 residents of Brooklyn went to the polls to choose the next president.

When your ancestors died for your right to vote, I believe that their intent was for your vote to be heard in every election, not just the ones that are popular.

Smaller turnout numbers mean that every vote is crucial. Entire landscapes can be changed or altered by a few dozen citizens. For example, in 2013 the 36th Council District was decided by just 94 votes. Robert Cornegy, Jr. has done an excellent job in the Council, but just think that if one or two more apartment buildings had come out in support of his opponent we would have never gotten a chance to benefit from his work. This is how important this election cycle is. The city is in flux, with various parts moving in all directions. Neighborhoods are changing, demographics are changing and the voices speaking for your interests can be changed just as quickly.

The truth is that the way Presidential Elections work, states send their electoral votes in for one candidate or another based on the total votes of that state. New York is a decidedly blue state. We’ve only given our electoral votes to the Republican Party three times in the last 50 years. So hypothetically, if you are a Democrat and you happen to not vote in the Presidential Election, unless the Republican candidate has an enormously strong showing in the state, New York will still deliver blue. However, if you don’t vote for your City Council member, because of the low turnout figures your vote would be sorely missed. It could even mean the difference between the right person for the job winning or losing.

The Primaries are approaching on September 12th. There are many hotly contested races in the City Council taking place. One of the hottest is in the 35th Council District, where incumbent Laurie Cumbo is facing Ede Fox. In 2013, Cumbo bested Fox by just 1,825 votes. That margin equates to about one square city block, a narrow margin for sure. Now more than ever, your voice is important. Many tag lines used to incite your vote are simply empty schemes for your attention. Diddy’s Vote or Die T-shirts from 2004, or the I’m With Her posters and the Make America Great Again hats, all of them marketing ploys to tug at your addiction to consumerism in an effort to steer your vote. But that attention is part of a voting paradox because your vote is needed more so now, voting for your judges, your District Attorney and your City Council members, candidates that don’t have cool T-shirts and fancy hats to support them.

Vote because it is one of the most profound civic duties you have as a member of a democracy. Vote every year, for everything you can.