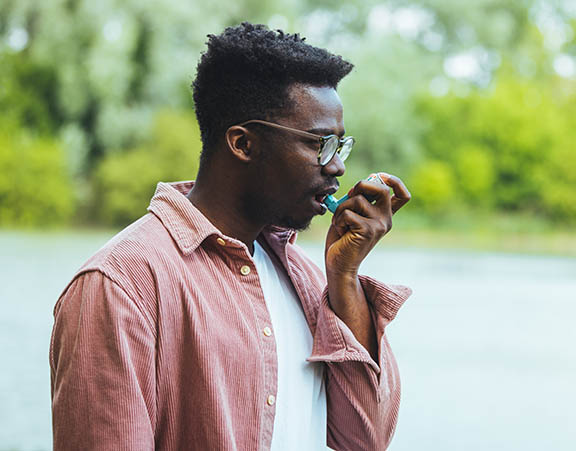 In 2021, an EPA analysis showed that the most severe harms from climate change fall disproportionately upon Black and Hispanic underserved communities who are least able to prepare for and recover from, heat waves, poor air quality, flooding, and other impacts.

“Black New Yorkers are two times more likely to die from heat stress than other New Yorkers, explained Dr. Lauren A. Smalls-Mantey, an environmental engineer, at the New York City Health Department. “Today extreme heat kills more Americans than any other form of extreme weather, and more lives will be lost without concerted efforts to address the climate crisis.”

Our Time Press reached out to Black and Hispanic climate change activists, who speak out on environmental racism. We were looking for their insights on the Supreme Court’s ruling and its effect on Black and Hispanic children. The institutions include WE ACT for Environmental Justice, a Harlem-headquartered organization that focuses on people of color and/or low-income residents to participate meaningfully in the creation of sound and fair environmental health and protection policies. We spoke with the New York City Health Department. In addition, UPROSE, Brooklyn’s oldest Latino community-based organization, headed by attorney and executive director Elizabeth Yeampierre. She is a nationally known environmental and climate justice leader of African and Indigenous ancestry.

Here are some insights into the impact of the Supreme Court climate change ruling on Black and Hispanic children:

“The US Supreme Court decision is a direct attack on our right to breathe. For years, we have been fighting the siting of power plants in our communities and working to make sure they are replaced with renewable energy not just to address climate change but to relieve the lungs of the most vulnerable in our communities who inhale the toxic co-pollutants that contribute to health challenges. The Supreme Court decided that the fossil fuel industry’s greed had more value more important than the life of our children or our ability to fight against the violent, unpredictable recurrent extreme weather events heading our way.”

“There are an estimated six million children in the U.S. with asthma, most of whom live in a community of color or area of low income and are especially vulnerable to air pollution. The Supreme Court ruling in the EPA vs West Virginia will prevent the much needed and long overdue shift away from toxic fossil fuel sources of energy to renewable energy. This decision means our children will continue to suffer disproportionately from asthma, loss of days of school, and other adverse public health outcomes.”

“Children of Black New Yorkers who live in low-income neighborhoods will be negatively impacted by the recent Supreme Court decision, which undermines the ability of the Environmental Protection Agency to expeditiously reduce CO2 emissions from power plants. Impacts from power plant emissions are not limited by State boundaries and left unchecked, one state’s emissions will contribute to public health harm throughout the United States and the globe. The majority of Americans support federal action on climate change.  Protecting public health and addressing the impacts of systemic racism also demands a focus on democracy.”