The Race for Mayor of New York
Advertisement 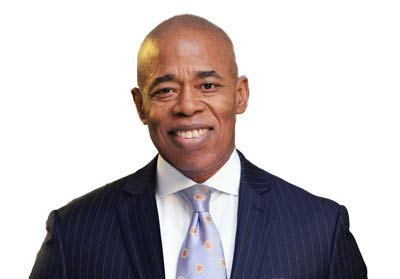 Of the 30 candidates listed as vying for mayor in 2021, by our reckoning, only three can be taken as worthy contenders:

Brooklyn BP Eric Adams, Comptroller Scott Stringer and Shaun Donovan, former US Secretary of Housing and Urban Development, Director of the US Office of Management and Budget and Commissioner of the NYC Department of Housing Preservation and Development.
Two others, Maya Wiley, former lawyer in the DeBlasio administration and MSNBC commentator and former Citicorp VP Ray McGuire are working hard to be in contention, but they have a long row to hoe to earn the office
It is a curiosity that politics is a profession that some believe they don’t have to start at a lower rung on the ladder but can come in and start at the top.
No corporation would countenance the most brilliant and wildly successful musician, writer, researcher, or television pundit coming into a stockholders meeting saying “Your CEO has it all wrong. I’ve never worked in your industry, but I’ve done a lot of reading on it, I have some new ideas and I believe I can run this multibillion-dollar corporation better than they ever could.” Their mic would be cut off and security would be called.

In a similar vein, speaking of television pundits and Covid, Dr. Colin Carlson of Georgetown University is quoted in The Atlantic saying, “It takes a certain type of person to think that weeks of reading papers gives them more perspective than someone with a Ph.D. on that subject, and that type of person has gotten a lot of airtime in this pandemic.”
I would like to think the citizens of NY are hip to, and tired of this Trumpification of the election process.

We’re seeing a similar dynamic in some candidates for mayor, with their cookie-cutter position statements about building New York better, calling for new leadership and new direction, without the lifetime of experiences that are necessary for a deep understanding of the subject. Eric Adams has a Ph.D. in what is necessary to serve the residents of New York.
From walking a beat as a police officer on New York streets, forming 100 Blacks in Law Enforcement, while rising to captain, working in Albany as a State Senator on legislative issues, and finally serving as President of New York’s most populous borough has earned him that advanced degree.

None of the other candidates, can match the in-depth knowledge of the city that elected officials Adams, Stringer or Donovan with his many appointments have. Unfortunately, that does not change the fact that we will be subjected to their media presence and interviews about what is best for New York. Being photogenic or having money to spend are not qualifications for the office of Mayor of the City of New York.

It may be way too early to make an endorsement for mayor, but the times are too fraught, to consider amateurs based on their consultant surveys or how popular they are on television. The voters of New York deserve better than that.
Give us someone who has dealt with the day-to-day problems of people on the street. Coming up through hard times is not enough. Compelling stories of early life struggles are not enough. Lots of people have overcome obstacles and while commendable, it is not enough.

How have you spent the time after the hard times? How have you worked to change people’s lives on the streets of the city, before the opportunity to run for mayor came up?
Eric Adams has earned that political Ph.D. by serving constituencies that span the globe and has had to respond to their concerns. He has been through the gauntlet of community meetings where he’s been applauded, questioned and even cursed on the way to learning what the problems are and earning confidence and votes.

These are the battle ribbons and scars that make you understand the emotions and needs of people on the street. This is learning the job at the granular level. The city needs someone who has been in the trenches, with a history of fighting for New Yorkers every day and not just talking about it with an eye on the next election.
These are the focus groups that matter. Voters who come and challenge you with kitchen table issues about their livelihoods, answering questions about the futures of sons and daughters.

Brooklyn is home to more than 2 million residents. Being tested in these waters is what we need. Not someone new who can parrot buzzwords on issues that poll well in focus groups.
New York needs better than that.
This is too serious a time not to be straight with our readership. Of the three candidates we see as worthy contenders, Scott Stringer, Eric Adams, and Shaun Donovan, at this time, Our Time Press publishers believe it is Brooklyn Borough President Eric Adams who is far and away the best choice.
Others will have to run very, very hard to catch up.

(In full disclosure, Eric Adams was an Our Time Press columnist 20 years ago, writing about the problems of the city. That is why we know his commitment runs deep and is long standing.)

Our Time Press Announces John R. Lewis and Stacey Abrams as 2020-2021’s Man and Woman of the Year

American Leadership Has a New Look