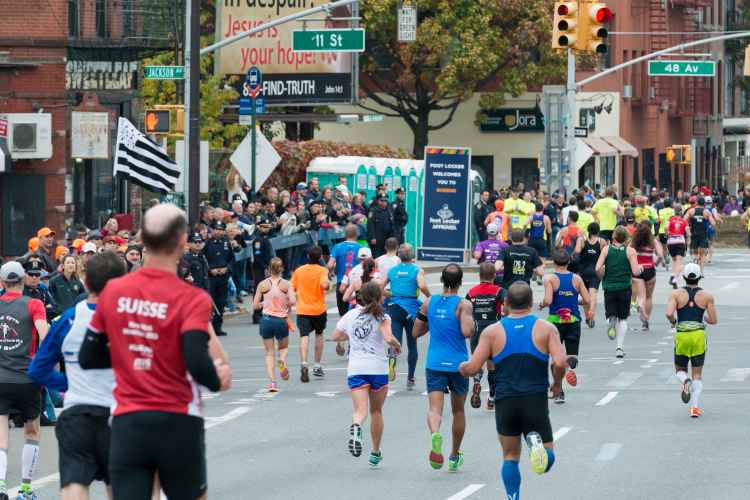 As a kid growing up in Bedford-Stuyvesant, the month of November was a very exciting time for any kid. It marked just a few weeks left of school before I can go on winter recess break, which was always a delight. Knowing that Thanksgiving and Christmas was around the corner. Before all of that took place, it was the first Sunday of November I looked forward to the most as the New York City Marathon would come down Classon Avenue, where I spent a good part of my childhood. I remember getting up early and my mother taking me downstairs as I would give out cups of water to the runners. I also got a few high-fives for my services which was pretty cool. One thing I did not get to witness was an American male or female being crowned as the winner of the marathon. This past Sunday, that changed and there I was years later to witness it all.

American Shalane Flanagan 36, became the first American to win the NYC Marathon since 1977. Flanagan was able to hold off, without question, the most dominant runner in the sport in three-time marathon champion Mary Keitany of Kenya. To put her historic victory into perspective, Flanagan said, “I’ve been dreaming of a moment like this since I was a little girl”. Although she was aware about her historic victory, this race, in particular, she felt was a little more meaningful to her. She thought about the senseless terror attack in lower Manhattan. It reminded her of the heroic performance of her good friend Meb Keflezighi, who was the American male winner in the Boston Marathon after the bombing in 2013. As she crossed the finish line, Flanagan broke down in tears as she pointed and shouted with joy. Flanagan, who is a Massachusetts native, won the race with a time of 2 hours, 26 minutes and 53 seconds.

What a historic day it was indeed. Flanagan has suffered a stress fracture in her back in the winter, which kept her out of the Boston Marathon with no running at all for 10 weeks. It was reported that Flanagan trained for this race as it would be her very last. Now the question is, does winning the New York City Marathon change her mind from walking into the sunset of retirement? “We’ll have some decisions to make,” said Flanagan, referring to her family and coaches regarding her future.

Sports Notes: (High School Football) The playoffs are upon us and Brooklyn’s Erasmus remains atop of one of the best teams in the borough. Three other high school teams are included in the Top 12 city rankings. (Baseball) Former 2-time Cy Young Award-winner Roy Halladay, 40, was killed on Tuesday near the Gulf of Mexico in a plane accident. Halladay won two Cy Young Awards (Blue Jays of the American League and the Phillies of the NL). He threw a perfect game in 2010 and became just the second pitcher in baseball history (Don Larsen) to throw a no-hitter in a postseason game.