The Broadway Premiere of Trouble in Mind Starring LaChanze
Advertisement 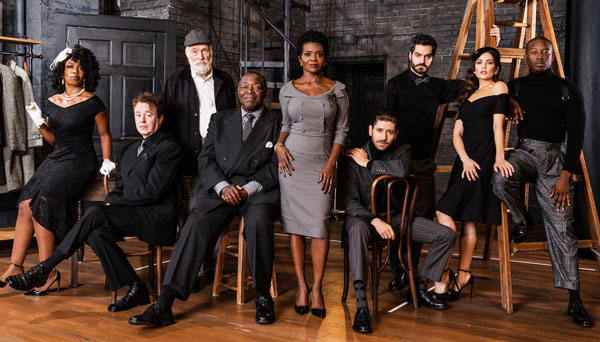 Roundabout Theatre Company (Todd Haimes, Artistic Director/CEO) is pleased to share a first look portrait of the cast of the Broadway premiere of Trouble in Mind by Alice Childress.

Starring Tony & Emmy Award-winner LaChanze and directed by Charles Randolph-Wright.
The photo was shot on stage at the American Airlines Theatre (227 West 42nd Street) where the show will begin previews on Friday, October 29 ahead of an opening set for Thursday, November 18, 2021. This is a limited engagement through Sunday, January 9, 2022.

Following an experienced Black stage actress through rehearsals of a major Broadway production, Alice Childress’s wry and moving look at racism, identity, and ego in the world of New York theatre opened to acclaim Off-Broadway in 1955. At the forefront of both the Civil Rights and feminist movements, the prescient Trouble in Mind was announced to move to Broadway in 1957…in a production that never came to be.

LaChanze is a founding member of Black Theatre United; she returns to Broadway following A Christmas Carol (2019) and Summer: The Donna Summer Musical (2018), for which she received a Tony Award nomination for Best Performance by a Leading Actress in a Musical.

Can We Just Take a Moment to Give Halle Berry Her Flowers?