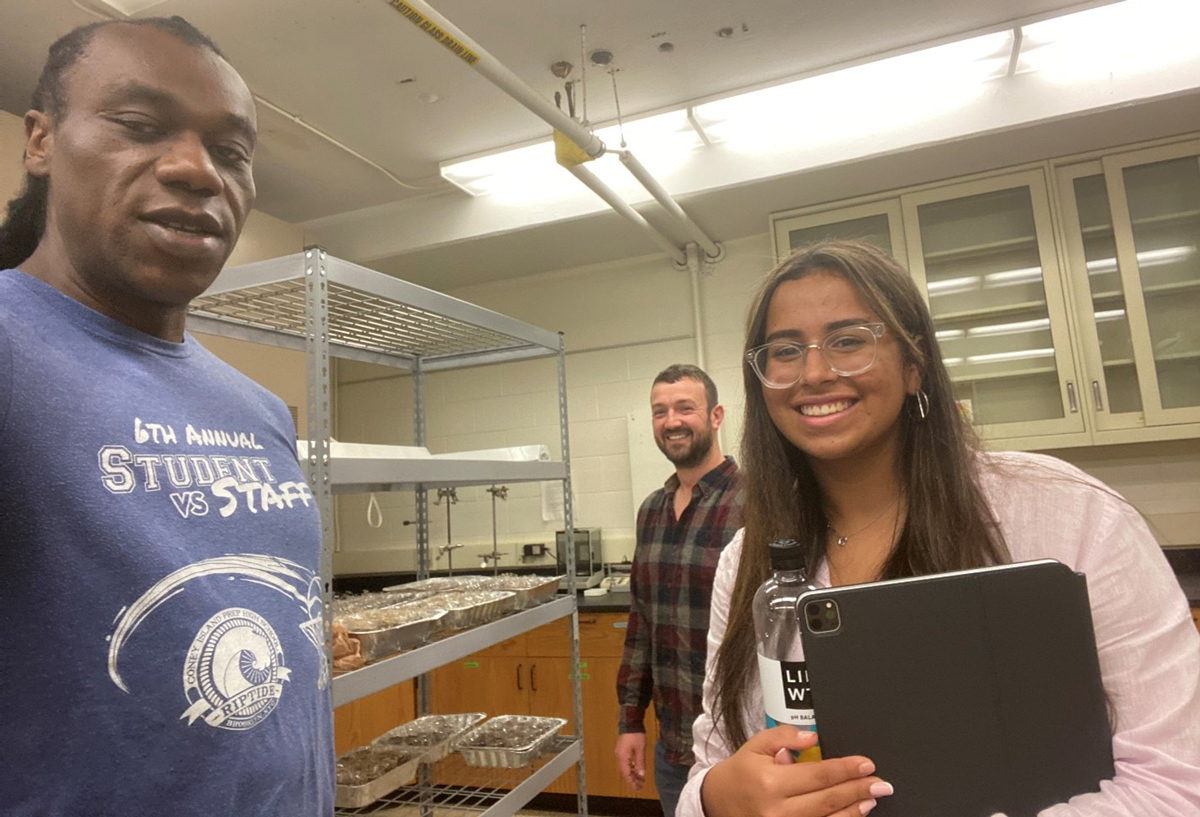 by Dr. Christopher Boxe
Chartering the ‘unknown,’ especially constructs that are unfathomable, has always piqued my interest.
“When will I meet those aliens and UFOs everyone keeps talking about?” This incessant quote in my head repeated itself while playing as a child in the countryside of my grandparent’s farm in Above Rocks, St. Catherine, Jamaica. I was extremely lucky to spend my early childhood on a large farm since it gave me my first experience of living in a sustainable ecosystem. My grandparents and extended family grow edible products for the entire community, which provided money to maintain our livelihood and company overhead – while continuously evolving. My extended family helped transition Above Rocks to the electrical grid and, in doing so, introduced me to how electricity was generated – a concept that I could not imagine was such a great invention that makes our lives so much better. My love for space grew as I often gazed at the stars and planets, given the clear, unpolluted skies at that time. Concomitantly, more love for animals and land’s offerings grew, as well.

Fast forward to the present, I still have not met an alien, but I am hopeful!

Despite this, engaging in space exploration has allotted me the opportunity to take an endless deep dive into learning; contributing to its advancement; and seeing how the interrelated connections with our everyday lives can foster further advancement for engaged parties. Socio-economic and -demographic factors significantly impact the degree of engagement and, if they exhibit a large enough forcing, can adversely affect participation and representation in the workforce, especially in science, technology, engineering, and mathematics (STEM) careers and disciplines.

These statistics have been stagnant for decades. Therefore, an important goal is increasing Black workforce representation in the studies of and careers that will be available in sustainable ecosystems. A primary modus operandi lies in the non-tangible process(es) of communicating narratives that reflect communities’ needs and lived experiences. In other words, should we be surprised if an ample cross-section of the US population has never seen or interacted with Black and Brown scientists – that is, face-to-face, in the flesh, and seen frequently on social media outlets?

Human beings idolize and emulate what they see most frequently as being portrayed as a culminating goal of high stature and respect. If you are not amongst the small number of lone soldiers from the Black and Brown community who traverse STEM disciplines, the plethora of mitigating factors, including the lack of positive and frequent communications, will greatly reduce any chance of representation in STEM careers and disciplines.
The interdisciplinary nature of interstellar discovery complements my interdisciplinary teaching and community-based research. My column, Dr. B Speaks, will take you through my lived experience as a teacher-educator and community-based researcher who engages communities in the solar and extrasolar phenomenon, in addition to contaminant impacts on human health on Earth.

A lot of these activities are grounded in using data science/analytics techniques to harness the phenomenon called Internet-of-Things (IoT) data to achieve more sustainable environments. This column also will reflect the outstanding achievements of Black and Brown scientists in earth and planetary exploration within the context of the diverse cross-section of scientists.

Exploring the Unknown in My Own Lab Space

As humanity steps ever closer to establishing a Martian colony, access to a permanent, reliable, and sustainable food source must be developed. However, due to Martian soils high salinity, toxicity, unfavorable pH, insufficient amounts of accessible nitrogen, phosphorus, and potassium, and lacking organic matter, it is reasonable to conclude that plant life would be unable to thrive in the media even if afforded ideal atmospheric conditions.

It is known and proven: a sustainable ecosystem cannot exist without a replenishable source of food. However, recent Rover and satellite data analyses have shown the Martian surface contains many of the essential micronutrients for plant life.

This example of a study occurring in my lab represents one of the vital areas, that may not get broad coverage, when referring to space exploration.

Utilizing elemental analysis, a student lab study sought to compare Fast Plant tissue grown in adjusted a Martian soil simulant with chemical fertilizer additives to tissue grown without. While chemical fertilizers are not proposed as a permanent solution to the nutrient deficiencies found in Martian soil, their initial use would allow for greater crop yield, seed yield, and the eventual application of renewable organic fertilizers such as those produced by composting and chop-and-drop mulching.

Spearheaded by Francis Kuklis, an undergraduate Geoscience major and EnvironMentors-NSF GeoPath Fellow at Penn State University; and my lab assistants Zoe Zenker also a Geoscience major (with a minor in Chemistry) and Rasha Elwaki, Earth Science and Policy Major + Millennium Scholar, the experiment is focusing on optimizing Martian Soil Simulants (MGS-1) to cultivate food crops with an initial focus on growing the edible Brassica rasa of the turnip family.

We are presently repeating our studies for validation and will expand our investigation to grow additional vegetables.

With missions like Artemis, which aims to send the first human settlers to Mars, utilizing a sustainable food construct is pivotal. This hits close to home as food innovators advance and more efficient ways are implemented to produce foods, from hydroponics, aeroponics, urban food gardens and more.