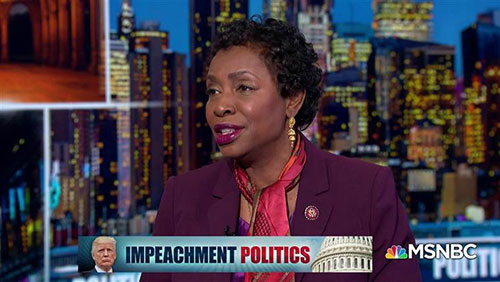 Congresswoman Yvette D. Clarke (NY-09) made the following statement about her views on impeachment of President Trump after yesterday afternoon’s Caucus meeting:

“With Donald Trump in office our democracy remains at stake. It is unconstitutional and completely unacceptable for this President to contact foreign governments in an attempt to tarnish Presidential candidates to interfere with and attempt to puppeteer our elections.”

“I’ve been a vocal proponent of impeaching Donald Trump since 2017, and this latest law-breaking incident only validates my beliefs that we must move forward in impeaching Donald J. Trump from the highest office in our country.”

Related Topics:impeachTrumpyvette clark
Up Next