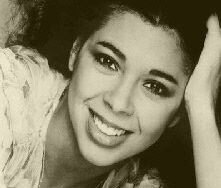 By Bernice Elizabeth Green
Irene Cara, the first Black woman to receive an Oscar in a non-acting category and the youngest recipient of a songwriter Oscar, died November 26 in Largo, Florida. Cara, a native of the Bronx, New York, was 63.
Her global celebrity during the early 1980’s centered primarily around the motion pictures Fame and Flashdance and their soaring soundtracks. She starred with Eddie Barth, Debbie Allen, and Bebe Neuwirth in the former, for which she also sang the Oscar-winning “I’m Gonna Live Forever” aspirational soundtrack theme. In the latter, she won the Oscar and two Grammy nominations for the Flashdance: What a Feeling soundtrack which she co-composed and vocalized, earning her the Academy Award, among honors.
In her tweeted announcement, her publicist Judith A. Moose called on Cara’s fans and industry colleagues to “share their thoughts and memories” of the actress/songwriter/singer. “I know she will be smiling from heaven.” An avalanche of testimonies to Cara have poured in.
Annika Noni Rose tweeted, “Your voice/words were the opening notes of the performer I’ve become,” adding that Cara inspired her to believe in herself, “In this space, with this face, as me.”
John Leguizamo said she was the reason he was in the industry. “She made me believe if you were Latin, you could make it! She fueled my community.”
Irene Cara Escalera was born in The Bronx, New York, on March 18, 1959, the youngest of five children of Louise, a Cuban-American cinema usher, and Gaspar Escalera, an Afro-Puerto Rican factory worker and saxophonist. We noted that in some bios, her father’s nationality is not mentioned, but Cara had no illusions about who she was during her lifetime.
In a 1981 Jet Magazine interview, she said she related as much to Black ancestry as to her Latino ancestry. “We have a tendency in this country (to think) Black automatically means Black Americans. That’s a big mistake, and that keeps us divided. There are Blacks all over this entire world.”
She started a career in the performing arts at a young age and, in 1971, landed a role on PBS’s “The Electric Company.” She landed the title role in the 1976 underground classic Sparkle (also starring Philip M. Thomas and Lonette McKee) as an aspiring starlet in a girls singing group. A year earlier, Gordon Parks’ tapped her for the title role in his “Aaron Loves Angela,” about a Puerto Rican teenager who falls in love with an African American basketball player (Kevin Hooks).
Cara later appeared on television in “Roots: The Next Generations” and “For Us the Living: The Medgar Evers Story.”
But her breakthrough came in 1980 with “Fame” theatrical in which she played the unforgettable Coco Hernandez. She won Golden Globe and was nominated for the Grammy. Her voice carried the film, as it did three years later in Alan Parker’s smash hit, Flashdance, in which her voice, performing the theme song What a Feeling she wrote, was “star.” It won her the Oscar for the best original song; two Grammys for best pop vocal performance female and original score for a motion picture; and a place in the hearts of young people everywhere yearning for a career in the industry, and older audiences buoyed to dare to dream, again.
Cara sang the “Fame” theme at the 1981 Academy Awards ceremony, and another single from the film soundtrack, Out Here on My Own, was also nominated for an award.
Throughout 1980, Fame (“I’m Gonna Live Forever, Remember My Name”) seemed to live forever on the Billboard charts. It scored #4 and held its place for 26 weeks. Also, that year, Flashdance: What A Feeling was Billboard’s #25 and held for 26 weeks. The Oscar-nominated Out Here on My Own held its own at Billboard’s #19 and was on the charts for 23 weeks.
There was a success with the song “Breakdance” (in 1984) at #8 and several other hits. She also acted in a few films, but the promise of both musical films’ messaging enhanced this young, gifted, and Afro-Black star.
She had a few other hit records and acted in a few films. But she never achieved the promising fame after the Oscar-win. Some lay the blame on Hollywood. She spent years fighting a legal battle with a record company over royalties withheld from her first two albums and work on the Flashdance film.
So disappointed in the battles lost and the price she paid for fighting the powers that be, it was reported that she said in 2009, “I wouldn’t wish fame on anyone.”
“If I could go back, I’d be a lot less trusting of the people who were handling my career. I didn’t know the nature of the beast.”
Perhaps something will be done, still to ensure her name lasts forever, as her legacy should not live inside tweets.

One writer and teacher, Diane Forman, who had never met Cara, was stunned by the news of Cara’s passing. Ms. Forman wrote for Think: “I listened to ‘Out Here on My Own’ on repeat over the weekend, and it brought back countless memories of my own life in that period: of singing and performing in high school musicals, of friends, mean girls, secrets, hope. That song and the movie it appeared in were seminal parts of my personal identity of how I was at the time. So, I will never forget Cara and her ballad, which pushed me to reach my ‘rising Star’ and gave me hope that anything was possible.”
Sparked by these words, perhaps the industry can remember Cara in a way that matters. Since her music helped performing artists define their purpose and set them on course, perhaps Cara’s legacy can be manifested in something visible and meaningful to inspire the next generations: a scholarship, an award, or a foundation in her name. Something meaningful, sustaining beyond flash tweets.
In that way, the legacy, in the words of Ms. Moose, “of this beautifully gifted soul … will live forever.”
As of this writing, the cause of death is not verified, and funeral services are unknown.