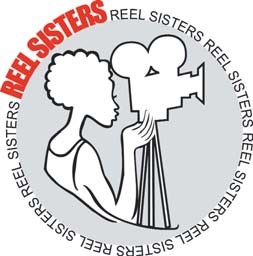 Founded by African Voices magazine and LIU Brooklyn Campus, Reel Sisters was founded to support and champion women of color in the film industry. Since 1997, Reel Sisters has showcased over 1500 films produced, directed and written by women filmmakers in every genre. Reel Sisters attracts more than 1,200 film lovers from across the nation and globe including California, Chicago, Florida , and as far away as Great Britain, Germany, Africa and India. Reel Sisters provides scholarships to emerging women filmmakers and offers other resources for women filmmakers. It also screens over 25 films each year.

Among the many luminaries paying tribute to these legends are: award-winning filmmaker Kasi Lemmons (Eve’s Bayou) and LaZette McCants, founder of Volunteer Divas & Divos, Plus. Toni Yates (ABC News NJ Correspondent) will serve as Mistress of Ceremonies.

The event will open with poetic contributions by Spoken Word artist D. Cross and a performance of Urban Bush Women’s 1987 signature solo Bitter Tongue, a dance of resistance, by Love Muwwakkil. Reel Sisters will premiere That’s Why They Calls Us Colored, a short directed by Malika Franklin, featuring honoree Vinie Burrows as the lead actress.

The awards ceremony also kicks off the Reel Sisters film festival, which will be held in Brooklyn at the Alamo Drafthouse Cinema on October 21, 2017 and in Harlem at AMC Magic Johnson 9 on Oct. 21-22, 2017.

“We’re very proud to have Tamara Tunie, Vinie Burrows and Nicole Beharie as our distinguished honorees for our Hattie McDaniel and Trailblazer Awards. Our honorees are exemplary of the generations of Black Women Magic that keep our communities and families whole — they are artistic geniuses who have paved paths for us to follow,” said Reel Sisters founder Carolyn A. Butts.

The festival established the Reel Sisters Hattie McDaniel Award to honor women who are pioneers in the fields of theater, film and media. Ms. Daniel excelled as an actress and performer in all areas of media including radio and television. The Reel Sisters Trailblazer Award recognizes honorees in the film and television industry for their outstanding accomplishments and professional integrity in opening doors for other women of color.

More on the Hattie McDaniel Award:
In 1940, Hattie McDaniel became the first African-American woman to receive an Oscar.  Her stellar performance in the role of Mammy in Gone With the Wind earned her an Academy Award for supporting actress. Black audiences harshly criticized Hattie for portraying menial and stereotypical characters in films. McDaniel’s ability to add her own flair to her characters caused her to stand out when hired in the limited roles—in number and scope—that were available in Hollywood. Born Joanna Rose, Hattie was a talented singer-songwriter and comedienne who continued working in television and theater after her Oscar win, procuring her legacy.