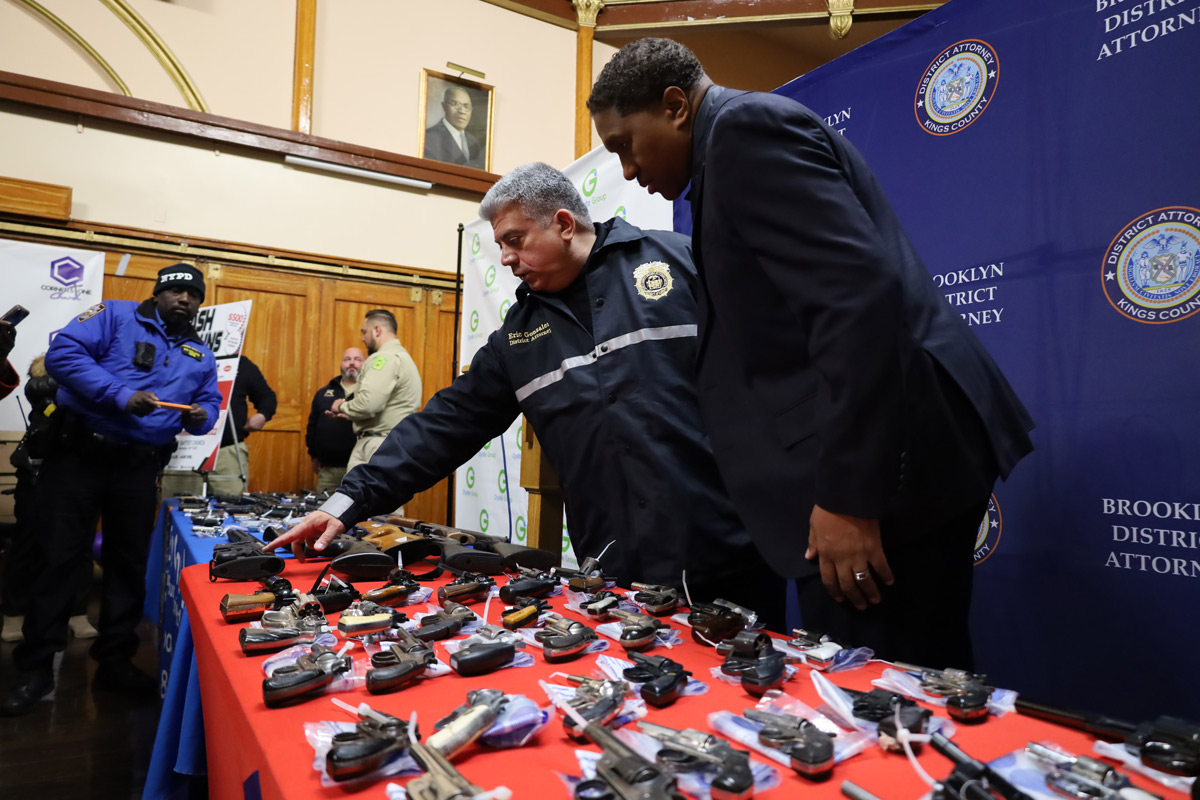 Brooklyn District Attorney Eric Gonzalez, together with New York City Police Commissioner Keechant L. Sewell, today announced that a Gun Buyback event that was held in Bedford Stuyvesant on Saturday resulted in the most surrendered weapons in memory. A total of 206 firearms were turned in by residents, who received up to $500 and an iPad. The weapons included 130 handguns, five of which were ghost guns, and several assault rifles.

District Attorney Gonzalez said, “This unprecedentedly successful Gun Buyback is a testament to what we can achieve when the community, local businesses and law enforcement come together. We know that fewer guns in our neighborhoods means less gun violence, and these 206 guns will be destroyed so they can never do harm. Public safety is a shared responsibility and I’m grateful that the Brooklyn community joined forces this holiday season to promote safer, healthier communities that are free from gun violence.”

The District Attorney said that the gun buyback was held in Cornerstone Baptist Church, 574 Madison Street in Bed-Stuy. Thanks to a generous donation from the Oyate Group – a nonprofit dedicated to alleviating poverty by creating sustainable and holistic solutions that empower underserved communities across the city – the District Attorney’s Office was able to offer $500 bank cards for each operable gun or assault rifle that was turned in. Participants also received $150 for each operable rifle or shotgun, and $50 for each BB gun or imitation pistol. No ID was required, the firearms will be destroyed and will not be tested for DNA or other identifying information.
The District Attorney thanked the private businesses who contributed funds towards iPads that were given as an added incentives to the first 50 participants: T-Mobile, Junior’s Restaurant and Broadway Stages. He also thanked Pastor Lawrence E. Aker III of Cornerstone Baptist Church for hosting the event and the Oyate Group for funding the cash cards.
Saturday’s event was the third Gun Buyback to be held in Brooklyn this year. In total, 315 firearms were taken off the streets during the three events.

A Magical Day for BP Reynoso and Dozens of Children