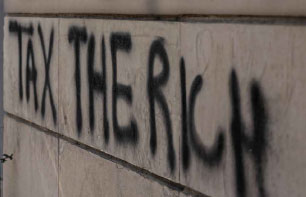 OXFAM BRIEFING PAPER
JANUARY 2022
The wealth of the world’s 10 richest men has doubled since the pandemic began. The incomes of 99% of humanity are worse off because of COVID-19. Widening economic, gender, and racial inequalities—as well as the inequality that exists between countries—are tearing our world apart. This is not by chance, but choice: “economic violence” is perpetrated when structural policy choices are made for the richest and most powerful people. This causes direct harm to us all, and to the poorest people, women and girls, and racialized groups most. Inequality contributes to the death of at least one person every four seconds. But we can radically redesign our economies to be centered on equality. We can claw back extreme wealth through progressive taxation; invest in powerful, proven inequality-busting public measures; and boldly shift power in the economy and society. If we are courageous, and listen to the movements demanding change, we can create an economy in which nobody lives in poverty, nor with unimaginable billionaire wealth—in which inequality no longer kills.

From the Forward
By Jayati Ghosh

The hundreds of millions of people who have suffered disproportionately during this pandemic were already likely to be more disadvantaged: more likely to live in low- and middle-income countries, to be women or girls, to
belong to socially discriminated-against groups, to be informal workers. More likely, therefore, to be unable to influence policy.

Now it appears that inequality is not just killing those with less political voice; it is also killing the planet. This makes the strategy of privileging profits over people not just unjust but monumentally stupid. Economies will not “grow,” and markets will not deliver “prosperity” to anyone, no matter how powerful, on a dead planet.

It’s now essential to change course. We need systemic solutions, of course: reversal of the disastrous privatizations of finance, of knowledge, of public services and utilities, of the natural commons. But we also need accessible fiscal policies like taxation of the wealthy and of multinational corporations. And we need to undo the structural inequalities of gender, race, ethnicity, and caste, that feed into the economic disparities.

This sharp and effective note from Oxfam makes it clear that inequality is deadly—and that the solutions are within our grasp. It can still be done, with greater collective imagination and public mobilization. Jayati Ghosh taught Economics at Jawaharlal Nehru University, in New Delhi, India, and is now Professor of Economics at the University of Massachusetts at Amherst, USA. She is a member of the World Health Organization’s Council on the Economics of Health For All.

By Abigail E. Disney
We have just spent nearly two years, over and over again, watching people die—they’ve died of neglect, of carelessness, of a lack of empathy, of ennui. Yes, of course, it was actually Covid that killed the people I am talking about, but just as every famine is political and man-made, so is every Covid death.
When Covid first hit I, and a lot of other naifs, thought that maybe, just maybe, the way our structures had been so starkly revealed as unjust and downright cruel would wake us up and give us new energy to think differently about the way resources are distributed. In fact, the opposite has happened. New billionaires were minted
while the old billionaires added more and more billions to their stakes.

Businesses like Amazon, rather than feel shame, saw opportunity and doubled down on the strategies that had left 40% of American workers unable to rely on even the smallest amount of savings to address the hunger, Homelessness, and poor healthcare that presented all the more immediate threats to them and their families.
Society was riddled with cracks when we started this pandemic—cracks which have widened into fault lines. These fault lines threaten social cohesion and democracy, and perhaps more importantly, present an almost insurmountable barrier to any cogent or effective approach to addressing the climate crisis, which is quickly turning very real for even the most hardened deniers.

None of this just “happened.” Decades of coordinated assault upon the laws, regulations, and systems that protected the common person from those that would exploit them have left us with a hobbled civil
society, a union movement on life support, and a government so starved for resources it is barely able to simply collect the taxes it needs just to keep operating.
The solutions, therefore, must be just as deliberate. We must undo the structures that are perpetuating a deadly status quo and build new ones that will redistribute both wealth and power in a more equitable manner.
Systemic issues require systemic solutions, not piecemeal attempts at treating symptoms rather than the disease itself.
The answer to these complicated problems is ironically simple: taxes.
Mandatory, inescapable, ambitious tax reform on an international level—this is the only way to fix what is broken. Without high-functioning governments actively using plentiful resources to redress these injustices, we will head yet further down the rabbit hole the wealthy class has dug for us all.

There is more than enough money to solve most of the world’s problems. It’s just being held in the hands of millionaires and billionaires who aren’t paying their fair share.
We can start by clawing back some of the frankly absurd growth in billionaire fortunes over the course of the pandemic. It isn’t complicated, and it shouldn’t be controversial. Virtually everyone else on the planet has sacrificed in some way over the last two years; it’s time for billionaires to do the same—and quickly. As this report so clearly lays out, there isn’t any time to waste.

Too many of my too-wealthy peers treat inequality as an abstract issue, but it has devastating, real-world consequences. Our wealth does not come to us in a vacuum: it is directly linked with our country and our world’s failure to provide for those with the most need.
Billionaires alone have made an astronomical amount of money in just the last two years—they can easily afford to pay more.

We can make our world a better place. We just have to find the political will to do what it takes.
Abigail E. Disney is a documentary filmmaker, activist, co-founder of Fork Films, and podcast host of “All Ears.” She is a member of the Patriotic Millionaires.

Inequality Kills Around the World

Statements on the Rittenhouse Trial Verdict