On the Impact of COVID-19 on the Church
Advertisement 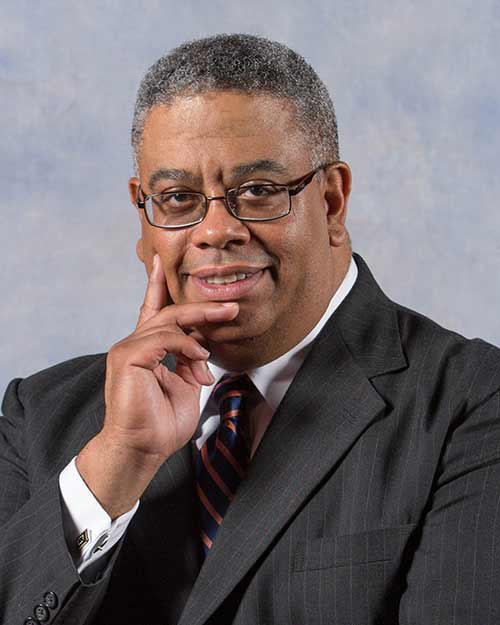 Excerpts from a video interview with Rev. Gary Simpson, senior pastor, Concord Baptist Church of Christ: The full interview can be seen at www.ourtimeathome.com

Rev. Simpson: “We have seen the immediate impact, as we have had 20 deaths in our church and another 10 or so who are family members, that our church congregants can’t get to, [in] other parts of the country.
We’ve closed our doors for public worship and have been doing virtual funerals via Zoom from the funeral home. And then there are people opting for an immediate burial and a memorial service to come, once we get to some sense of opening our doors.
That’s one piece of it. The deaths. The sickness is another. Having members who are in the hospital and cannot be visited at this time, and then there are the repercussions we’re not talking about right now, like food insecurities for people who cannot get to the store or people who don’t have the resources because they’ve been furloughed or laid off. Many of our people are the hourly workers in “nonessential” capacities; we have that going on too.
I don’t like it when people say we’re getting back to normal. We’re not going back there. Whatever that was, it’s gone. We’re going to be adapting to all of the implications for some time.
Not to mention we’ve been spending time on Zoom with the parents and children who are home from school.
Actually, we’ve been more busy, honestly, in this moment, than we were when we had the building was open. The building, I think, sometimes becomes an excuse not to do anything. We’ve had a lot of things that we’ve been doing. The people have been strong. We’ve been meeting. We’re catching a different kind of rhythm at this point.
One of the interesting things is, I have not gone to the church. I know some people broadcast their worship from Sunday morning. But I’m doing everything at home. I also want to model for the people that I think sheltering in place is the best move. If they see me at home, they might stay at home.
So it’s creating a different kind of atmosphere. I’ve seen people who have sheltered in place with their families, which I don’t get to see in the big space.”

OTP: What do you and your peers think the future looks like?
“I think we spend a lot of our time doing the group work that we need to support each other.
Everybody [fellow church leaders] is having their own manifestations of what this thing looks like. I think we all know that we’re not going to be able to do the things we’ve always done. We have to be concerned about safety. Many of our older churches also have older memberships, so you have to consider vulnerable populations, even when you reopen doors.
I’ve seen some of my colleagues send letters out to the congregation, sort of giving them a play-by-play, saying that we’re going to suggest — who would have thought that a church would suggest — its members stay home, for their safety. I think people are talking about that. I think we all are concerned about the aftermath of this, when we open up, the ripple-effect of COVID-19 is that the unemployment and grace period that people have had in paying bills is going to be over. And the means to get ample work are going to be diminished as people get back, and so there’s going to be a lull in the way people can both contribute and be present, coming back to a space. So I think that’s part of the challenge too.
We also have a credit union that was in the process of moving beyond a church credit union to a community credit union and being a part of a movement among credit unions to make their resources available to communities, when the COVID hit. And of course, the nursing home, which, like many nursing homes, faced the challenges of residents who had contracted COVID. And there were deaths, but relative to what was happening in the industry, (and we certainly do mourn with those families), they did not have it widespread. They caught it early and the staff did a great job of holding things down.”

OTP: Regarding the credit union. Did they participate in the PPE program?
“No, they were not quite ready to do that. What they have been doing, for example, Restoration Plaza is connected now to the credit union. They now have access to be credit union members. We feel the matter of economic resources and financial literacy and people getting the opportunity to leverage their money to endeavor that others who are in need should get help… We think that’s what a credit union should be and we’re very excited about some of the things they’re doing now.”

OTP: Individuals like myself can join the credit union?
“Even individuals like yourself. When it started in ’52 it was basically just for the church. And we had a number of subsidiaries, families of members of the church.
The credit union governing body determined that anyone in a financially strained neighborhood could become a member.”

OTP: On Supporting Black Businesses
“I have not had a haircut in two months, but it’s important to me that my barber is not able to get his resources because his business is closed.
We have to support those Black businesses. I’m telling everybody, even if you haven’t had a haircut in two months, if you’re able, send what you were going to send to your barber, the people in the hair salons. As we start putting back the economic pieces, we’ve got to make sure Black people are a part of the economic engine that will get us going again. The small business owner. People just like you. I hope people will get a resource [list] of Black businesses that we can support in our neighborhood. People who can provide services for us that we can use in this moment.
As we’re all getting adjusted, I think this is a great opportunity for us to be very, very, deliberate and intentional with the few resources we have in the coming months. I think it’s important that we make sure that we lay the anchors, no matter how small, to encourage people.
So we have to start some very intentional ways of finding out who our folks are who can give quality services. Plumbers, electricians, house painting, fix-it people, who can do really good work. These are the people in our churches as well.”