On Education: Black Child Attending an Alabama School is Bullied to Death: Did Anybody at the School see McKenzie Nicole Adam?
Advertisement 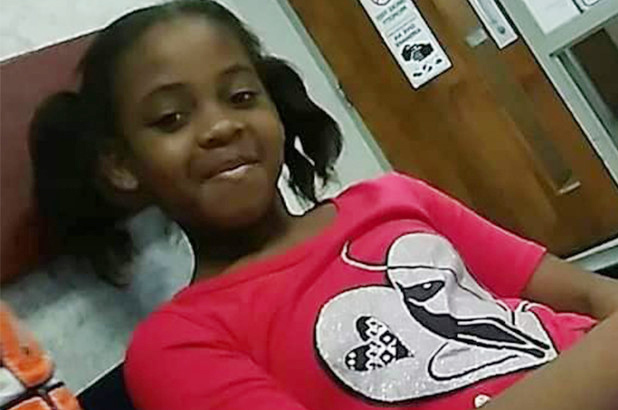 Pardon me for mentioning McKenzie’s name so often in this column. But I think it is important that we speak and write McKenzie’s name as much as possible, in part, because the label “victim,” even when preceded by the word “tragic,” robs McKenzie of her full human personality and reduces this child to just another “hit” on the news cycle. Meanwhile we, the living, then find it easier to become emotionally disassociated and disconnected, which means we can just “move on.” McKenzie’s family may be able to move forward, but I am not sure if they will ever be able to “move on.”

The question is not necessarily where the school is located (although we must take notice of Alabama’s past and present “particular” treatment of its Black residents!), but rather the issue is where was the school philosophically when this racial bullying started and continued uninterrupted to a tragic conclusion; and more importantly, where was the school’s “SuperVision” leader–the principal?

It took me three starting-and-stopping attempts to read the news story about the tragic bullying death of 9-year-old McKenzie Nicole Adam. It was emotionally hard for me to take in this information with the faces of so many children being called up into my professional memory. It’s very difficult for me, time after time, to read about the preventable serious injuries and deaths of so many school children. And when these terrible moments do occur, my school supervision and administration mind immediately kicks into “analytical-deconstruction” mode as I think about all of the many places and moments before the incident that provided the best opportunities to prevent the tragic act from ever occurring.

As a superintendent (in times past I would rather forget), I have sat across from principals whose schools experienced some terrible event, and the most difficult part of those conversations was reviewing the many “lost chances” leading up to the “crises;” those school leadership “stepping-up” moments; the opportunity windows of supervisory clarity and courage when the tragic incident could have been prevented, or at least have its terrible effects greatly minimized. Which is why I say that any principal who does not understand why McKenzie’s death was preventable… Well, all I can say is that I hope my prayers reach and protect the children in the school they claim to lead.

Parents send their children to school in the hope of one day seeing them in a graduation ceremony, not a memorial service – a cap and gown, not a funeral shroud. And that is why while reading about McKenzie’s death my mind travels back to my first-year-first principal’s conversation with my superintendent Joyce Coppin. She made it very clear; yes, I must be a strong agent for student academic achievement, but my first responsibility as a principal was to make sure that my students and staff were safe, and for all of my 11 years as a principal I never forgot or abandoned that sacrosanct principle of my job responsibilities. This nonnegotiable credo I vowed to uphold, of having a “safe school” was like every principal’s executive decision, inextricably connected to the quality of teaching and learning. A teacher who is injured or traumatized by an unsafe school environment is unable to effectively teach. The young person who does not come to school because of actual or potential bullying acts due to school-related violence, who is home injured or in the hospital, or sadly in this case, deceased. None of these students are in classrooms learning.

We could easily be geographically dismissive with this story and just say: “Well, in a place (Alabama) that has fully embraced an anti-intellectual president and self-selected to serve as the “patient zero” state for his vulgarity virus that has so contaminated our nation, how in a place like that could there be any teaching and learning of tolerance in its schools?” But that’s too easy and ignores the reality that racially driven learning disparities and inadequate and unfair Black child safety protection practices exist nationwide and can even be adeptly inflicted on students of color by adults who themselves are (phenotypically speaking) “Black” (see those “Black-controlled” districts/schools where Black children are not effectively learning, and neither are these students reasonably safe in those schools).

Schools, and particularly their Tone, Climate and Culture setting principals, fail too often to come up with the necessary strategic operational visionary tactics to make their schools secure and safe environments. They don’t have a ‘prevent plan’ to help get their kids to act and behave with a moral compassionate sensitivity toward other students. And when these students don’t behave properly (as will often happen with children), have measures in place to detect and correct any ‘teachable-time’ negative behaviors. Many principals I have met lack the moral courage or professional wisdom to have an ‘uncomfortable’ staff discussion about ‘race’. They are deficient in the area of ethical leadership skills that would lead to professionally developing teachers into taking some responsibility for helping students to learn: “How we should treat and take care of each other in this school”.

One way students will learn the rubrics or rules of conduct for the school’s approach to kindness, is by watching how teachers treat their fellow students; and particularly those children that society has relegated and demoted to the status of ‘other’. Did some teacher at McKenzie’s school (or, I am afraid to ask, school administrator) notice McKenzie being racially bullied, and just told her tormentors: “cut it out”; and then moved on? Was some adult not fully aware of the enormous revelation of the school’s true cultural beliefs on display by these racial taunting behaviors?  Or, the severely painful implications of the actions of the tormentors on the psyche and personhood of McKenzie?  Were McKenzie’s white assailants suspended with the speed, efficiency and severity level by which so many Black students in this nation are chronically over-punished in schools?

I have unfortunately heard too many educators claim proudly: “I don’t see color”. But that assertion is not only ignorantly false, it is also as we see in these types of tragedies, dangerously false; because it translates into: “I don’t protect what I don’t see!”  As a principal I made a conscious and deliberate effort to see my students who were: Asian, Black, Latino, White, LGBTQ, introverted-quiet, the artistically (and perhaps slightly or a lot eccentric) creative kids, young people who were ‘engaged’ with the criminal justice system, the ‘504’s’ and/or those students suffering from chronic debilitating diseases, students who themselves were parents, English language learners, Special Education students, children with one or both parents incarcerated, Black or Latino kids who enjoyed engaging in non-stereotypical interest, sports or social activities, students who for very different and difficult reasons, were being raised by grandparents, Muslims, the ‘nerds’, children who were homeless, students with military parents deployed in war zones, students living in group homes, students who themselves and/or their parents were undocumented US residents, those in foster care, Black boys who wanted to be smart, girls who had the ability but were hesitant about pursuing a STEM major in college, the newly arrived to America, etc.  I saw them all because I wished to extend an extra institutional-wing of protection over them, I needed them to feel welcomed and empowered, to experience the feeling of being safe, if nowhere else, to at least feel safe in their own school.  My wish was that all of these students would succeed as their best selves would allow. I did not want them to die.  But how could I succeed in protecting these students if I pretended not to see them? Did the principal at McKenzie’s school see her?

Educators who can’t ‘see’ students; meaning seeing their challenges, the discriminatory and prejudicial beliefs and practices they are subject to, the social-economic barriers they are forced to overcome; can’t effectively advocate for these children. And when the school itself is the ‘hurting and harming agent’; then the disenfranchised and marginalized members of the student body, like McKenzie, are in grave physical and failing to learn danger.

Students take their ‘how to treat others’ cues from the adults in the building, the staff members take their empathy and efficacy cues from the principal. The principal who is unable or unwilling to make their school a physical and learning safe zone for all children, should check-in with their professional moral compass; or, at least start the process by acquiring one. For only then will they be able to see the many McKenzie’s living hurt in their school’s societally assigned hurting seats.

A Black Child is Racially Bullied to Death in an Alabama School: Did anybody there really SEE McKenzie Nicole Adam?

The Amazon ‘HQ2’ Site-Selection Process and the Quality of K-12 Education Factor!