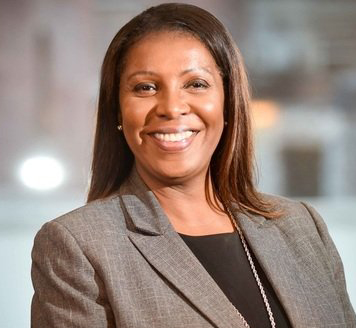 James and the
legislature have
reached an agreement
to amend the state’s
double jeopardy laws.
The amendment will
make it easier to
prosecute crime in
New York, even with a
presidential pardon.

And so, it begins.  During her campaign, Letitia James had said, “the president of the United States has to worry about three things: Mueller, Cohen, and Tish James.” And now as Attorney General, James has issued a subpoena to Deutche Bank regarding, as the NY Times reports, “The request to Deutsche Bank sought loan applications, mortgages, lines of credit and other financing transactions in connection with the Trump International Hotel in Washington; the Trump National Doral outside Miami; and the Trump International Hotel and Tower in Chicago,” as well as the attempt to purchase the NFL’s Buffalo Bills in 2014.

It was the gripping and revealing congressional testimony of Michael Cohen his former lawyer and fixer, that fraudulent documents were processed by a unit of Deutche Bank that handled “ultra-high-income individuals,” that triggered the State investigation.

The bank had given Trump hundreds of millions of dollars in loans and AG James will be asking, “Why,

when other banks shied away, did Deutche give so liberally to the Trump Organization?” And now that James and the legislature have agreed to amend the State’s double jeopardy laws, presidential pardons will be of no help in New York. Stay tuned for this one. (DG)

OP ED Alicia Boyd: Assemblyman Mosley Must Side with People, Not Profiteers