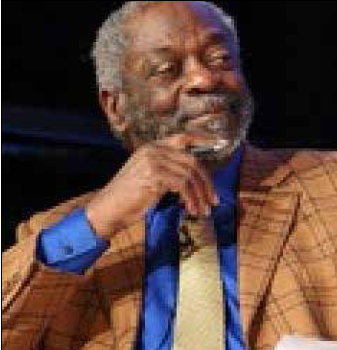 During both his reporting and administrative days, Payne e was known for his passion for justice and unvarnished truth. In 2006, his editor at the paper said that Payne’s column was, “so strong, so provocative and generated so much hate mail, that Newsday editors got to know the names of all the Suffolk County Police Department’s bomb-sniffing dogs.”

Payne was at the helm of Newsday’s’ Queens edition, whose staff members won three Pulitzer Prizes and other prestigious awards. Payne, himself, won a Pulitzer Prize as apart of a Newsday team reporting a 33-part series, “The Heroin Trail,” traveling the world to trace the drug trade from the poppy fields of Turkey to the streets of New York City. He was also a Pulitzer finalist for his compelling reporting on location during the Soweto uprisings in South Africa. (And while there he first became a passionate art collector.)

His published books over these years included, The Heroin Trail and The Life and Death of the Symbionese Liberation Army. He also received many awards, among them the United Nations’ World Hunger Media Award, honorary doctorates from Medgar Evers College and Long Island University, and the Ace Award, which is cable TV’s highest honor, for an interview with Mayor David Dinkins on his show, “Les Payne’s New York Journal.”

Some of Payne’s most significant contributions was as a founder of the National Association of Black Journalists and as a journalism professor at Columbia University. And he remained committed – of course. Friends say that he took daily calls from former students and colleagues seeking advice on the direction or tone of a story. His fellow journalists have only praise and gratitude for his friendship and his example.

Herb Boyd, himself an award-winning journalist, venerated author and educator, was a longtime friend who shared Payne’s Alabama roots. He will miss not only Payne’s company, but also his invaluable – and everyday – contributions as an educator.

“Last summer,” Boyd recalls, “he enthralled my City College students with a spellbinding recollection of Malcolm X during one of our stops on a tour of Harlem not too far from his home and where Malcolm X worked at Jimmy’s Chicken Shack… Any situation was a teachable moment for Les, and the real lucky ones in this process were his students at Columbia University Graduate School of Journalism, where he was the inaugural professor for the David Leventhal Chair.  Les was also awarded honorary doctorate degrees from Medgar Evers College and Long Island University.”

Payne had just completed a book on Malcolm X that he’d been writing for over 20 years. Along with his daughter Tamara, he was polishing the finished product for publication. It is expected to be the definitive book on the icon, with comprehensive research and many interviews, bringing the subject into focus with Payne’s careful clarity and discipline.

Don Rojas, another journalism icon and currently director of communications for the Institute of the Black World 21st Century, remembers his friend and colleague with love and honor. “Bro. Les Payne was a pioneer in paving the way for an entire generation of Black journalists,” he said. “He exposed racism and racial inequality wherever he found it. He leaves us with a rich legacy of ground-breaking journalism, conducted at the highest professional standards, that inspires us to emulate his brilliant work.”

“Les Payne was an inspiration to people like me who wanted to be like him: Committed to social justice for everyday people, smart and funny,” she said. “Les was respected across the journalism spectrum, especially on Long Island, where I worked for half a dozen years.  For Black journalists, Les was a pathbreaker before some of them were even born. And he shared his light, NABJ being just one example.”

Award-winning journalist and publisher of the Black Star News, Milton Allimadi, said, “I loved Les like an older brother. I think he was one of the smartest journalists anywhere in the world and I read global media. Certainly, the smartest in so-called mainstream media, as well. What I liked the most is that he worked at Newsday but maintained his Pan African outlook. His heroes were Malcolm X, Kwame Nkrumah, Steve Biko, Dr. King.

“His journalism took him all lover the world and he covered many stories in Africa. South Africa’s liberation struggle, Zimbabwe’s, Uganda during Idi Amin’s tyranny.
He was an intellectual journalist, a quality badly missed and lacking today. Yet he was also always cracking jokes, as those who knew him well will attest. He was humble and came to share his skills with my Guerrilla Journalism workshop many times. He now joins another giant— Gil Noble.

Cheryl Wills, host of NY1’s “In Focus with Cheryl Wills” said, “Les Payne was a reporter in the truest sense of the word. I grew up reading his award-winning work and I was honored to know him both as a colleague and as a friend.”

Payne is survived by his wife, Violet, and their three children, Tamara, Jamal and Haile. Although the date of his funeral service has not yet been announced, it will be held at Abyssinian Baptist Church in Harlem.