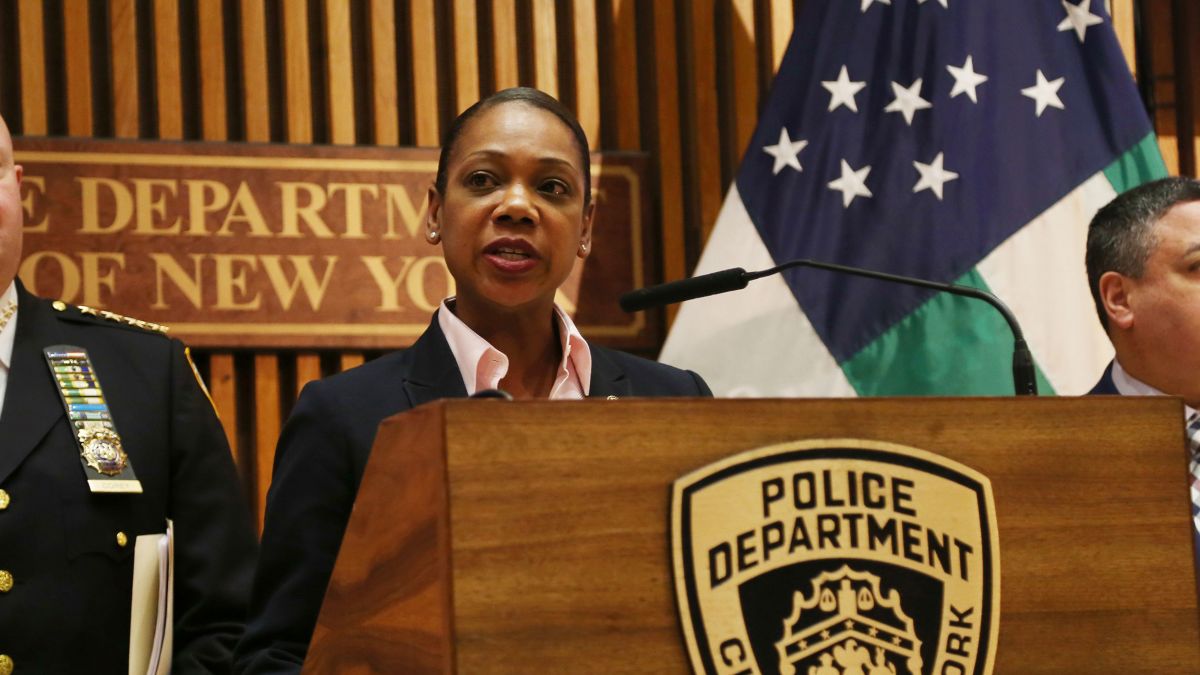 Mayor Eric Adams, a retired NYPD captain, campaigned on a platform for reducing gun violence across the city. The latest statistics show New York City crime is up in every major category, which includes murder, rape, robbery, and others. As of the first week of March, major crimes were up 47% since the start of the year, compared to the same time last year.

The Neighborhood Safety Teams unit replaces the plains clothes anti-crime team disbanded in 2020, which had complaints for use of aggressive and abusive policing tactics.

“We actually had to take a look at the mistakes of the past and what we needed to change. The officers are being trained in the constitution, community interaction, car stops, use of force,” said Keechant Sewell, NYPD Commissioner and the first woman to hold the post. “What we really want to emphasize is there’s a community component to this training as well where we talk to the community and find out exactly what the changes are that they like to see, what their concerns were in the past and what they can speak to moving forward.”

However, the Legal Aid Society has major concerns about NYPD’s new Neighborhood Safety Team program operating in NYC’s high crime, low-income communities. “Reinstating the NYPD’s Anti-Crime Units without also addressing the culture and policies that drove the units’ decades-long pattern of harassment and violence targeting Black and brown New Yorkers is a mistake.” Molly Griffard, Legal Aid Society Staff Attorney with the Law Reform and Special Litigation Unit told Our Time Press. “The mayor’s plan gives the community members who live with the legacy of hyper-aggressive policing no comfort that Mayor Adams’s Anti-Crime Units will be different from its predecessors, who were responsible for many police killings and day-to-day acts of misconduct including countless wrongful and illegal stops, frisks, searches, and false arrests of New Yorkers.”

The Legal Aid Society has been at the forefront of empowering organizations and communities across New York City to hold police officers accountable for human rights violations. It’s Cop Accountability Project (CAP) has a database that tracks police misconduct in New York City and that public defense, civil rights, and human rights lawyers can better advocate for transparency and accountability. The database has become a national model for defenders collecting police misconduct materials. Beyond the database, CAP works to improve police accountability and transparency by advocating against problematic policing policies and fighting policy secrecy laws. It was instrumental in the 2020 repeal of the Police Secrecy Law, which had long shielded information about official misconduct by police officers, as well as the NYPD’s long-standing failure to take such misconduct seriously.

Griffard, who works on CAP, is skeptical about the Neighborhood Safety Teams’ anti-gun campaign and considers it a new version of the 2020 anti-crime team. “Anti-crime’s legacy of misconduct—motivated by the units’ ruthless ‘find guns and drugs at all costs’ approach that treats the innocent Black and brown New Yorkers hurt in the process as collateral damage,” she said. “Is unlikely to be fixed by Mayor Adams’ largely cosmetic proposals for semi-uniformed patrols and a week’s worth of training.”