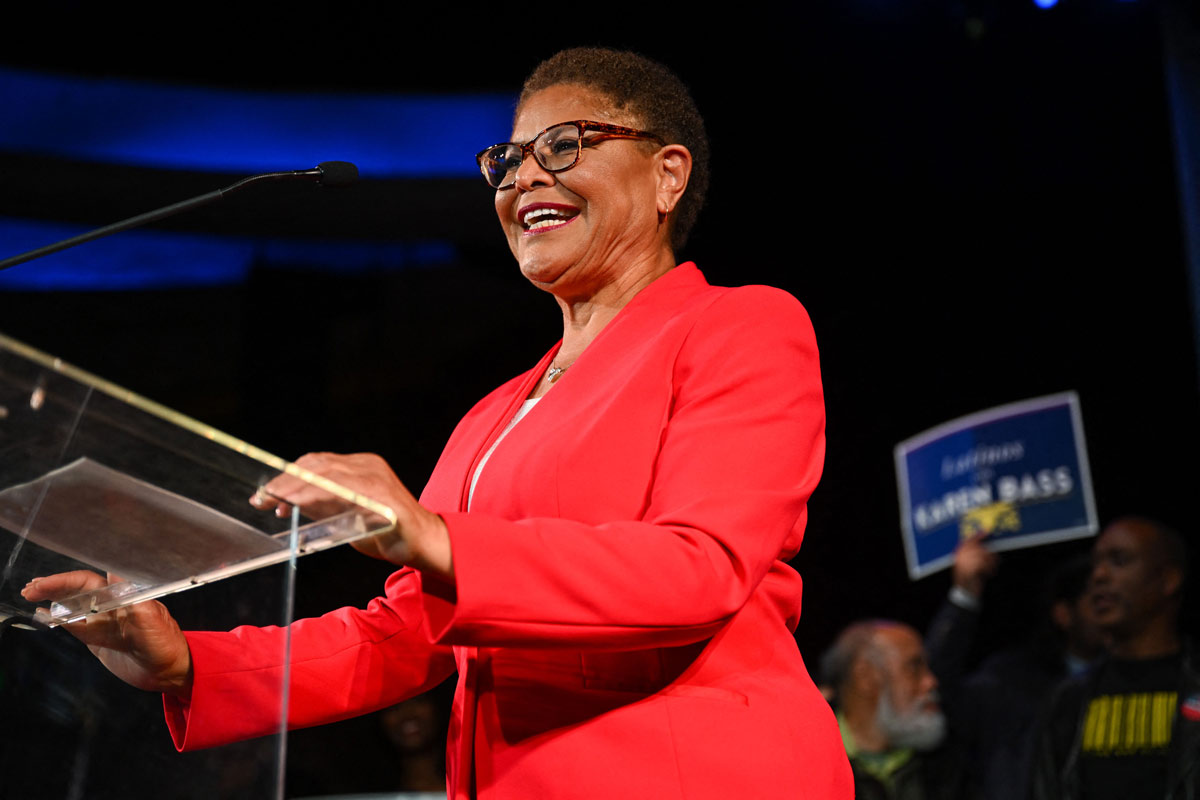 Sam Levin
Lois Beckett
www.theguardian.com
The congresswoman Karen Bass was elected mayor of Los Angeles, defeating billionaire real estate developer Rick Caruso and becoming the first woman to run the second-largest city in the US.
The Democrat, who has served as a US representative for more than a decade, had amassed an insurmountable lead of nearly 47,000 votes, with 70% of the votes counted, the Associated Press reported on Wednesday, nearly one one week after the election. Caruso had a slight lead in the first counts after the polls closed, but Bass soon surpassed him and steadily increased her lead as ballots were counted.