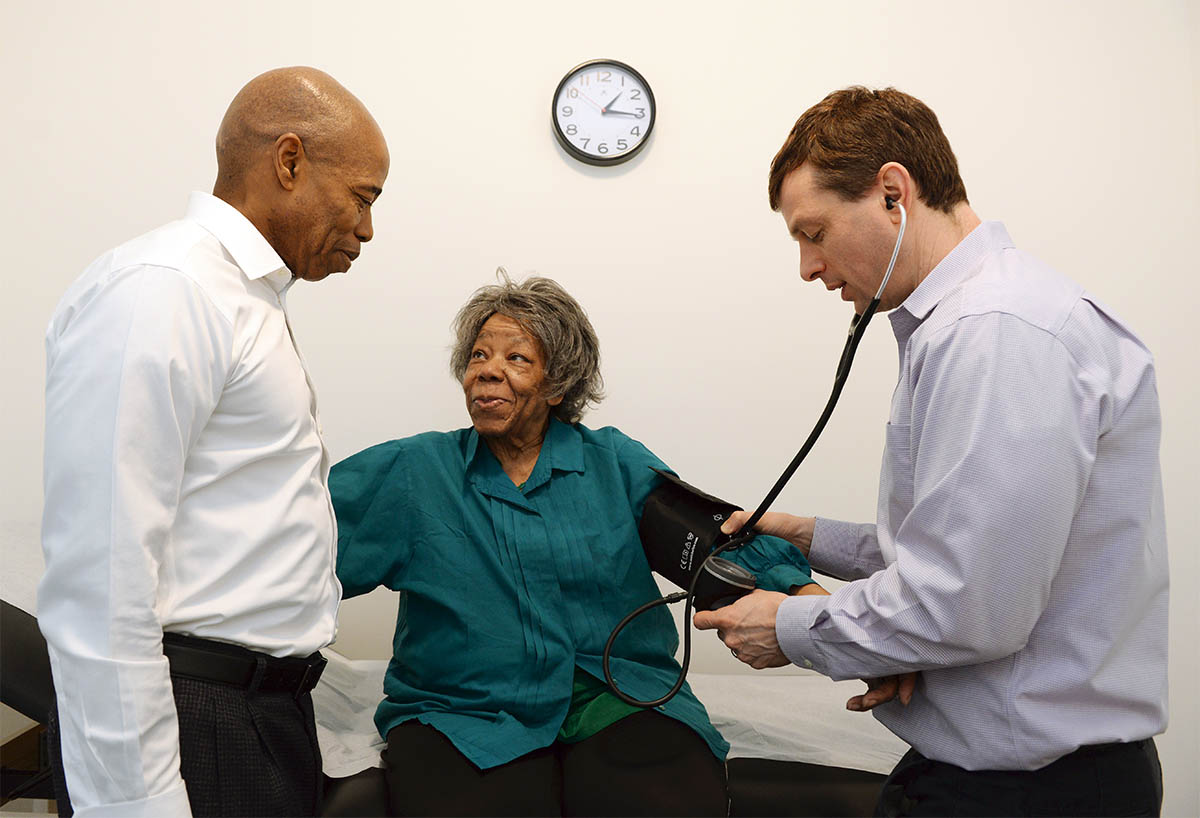 One cold day in January of 2016, I witnessed my mother inject herself with insulin to deal with her Type 2 diabetes.  Despite several years of being on this injection routine, the grimace on her face clearly showed that she had never gotten used to the sharp pain. When I left her home, I sat in my car and had a conversation with God. “I am not a doctor,” my plea began, “but I wish I could do something for my mother to address her diabetes.”

As the saying goes, be careful what you wish for.

A few months later, I was told that I, too, was diabetic, and that my diagnosis came with far more severe symptoms than what my mother was showing. I was losing my eyesight, there was irreversible nerve damage in my hands and feet, I had high blood pressure and high cholesterol, and I had developed a small ulcer from years of stress. The poor health that had imperiled my mother’s life was now threatening to derail mine.

As I have shared in previous messages to you, I visited five doctors and they all told me that I would be on medicine, including insulin, for the rest of my life. Only once I looked beyond their prognoses did I discover the power to heal myself; after transforming my diet, all of my symptoms reversed in three months.

With my Type 2 diabetes in remission, I turned my attention to my mother, hoping to try this method of recovery with her. The approach needed to be tailored of course, since I did not want to create unnecessary complications for a 79-year-old woman. Although my mother was taking three drugs to control her diabetes, her A1C level was still dangerously high. As such, I sought out a doctor who believed in nutrition-based healing and understood that chronic diseases can be reversed when the body is no longer poisoned with poor dietary choices.

I found the right partner in Dr. David Dunaief, who was opening his practice in Brooklyn Heights.  Dr. Dunaief took my mother as a patient and immediately put her on a tailored food regiment to assist her body in reversing the various chronic diseases from which she was suffering, some of the same ailments that so many of our parents are going through (arthritis, diabetes, heart disease, high blood pressure, etc.).  Just like me, she experienced remarkable change. After several weeks, my mother noticed her blood sugar dropping due to the dietary transformation. After 30 days, she was able to get off insulin entirely.

The morning she called me to say that her injections were over, my prayers were answered. I realize now that God did not bury me with the weight of diabetes; he planted within me an opportunity to heal my mother. It shattered the myth that my mother and I had diabetes because we had shared the same bad DNA. It wasn’t our DNA — it was our dinners (and our lunches, breakfasts and snacks).

As Borough President, I have a family of more than 2.6 million Brooklynites to help care for, and I see my mother’s turnaround as only the first step. I set out four years ago to make Brooklyn a safer place to raise healthy children and families, and the next four years are going to see our work go deeper into communities to work hand-in-hand with neighbors in need of support. Health impacts us in so many ways, be it mental or physical, from the condition of our homes to the state of our finances. Proactive, preventive measures are our focus at Brooklyn Borough Hall, in addition to building the infrastructure that connects us with the tools that help us heal. I hope this special health-focused edition of One Brooklyn is a useful resource on our road to better health for our whole borough.

Grappling with the Opioid Crisis

Doctor Says Racism and Inequality Are Killing People in NYC