Reflections: Giving Thanks in Brooklyn
Advertisement 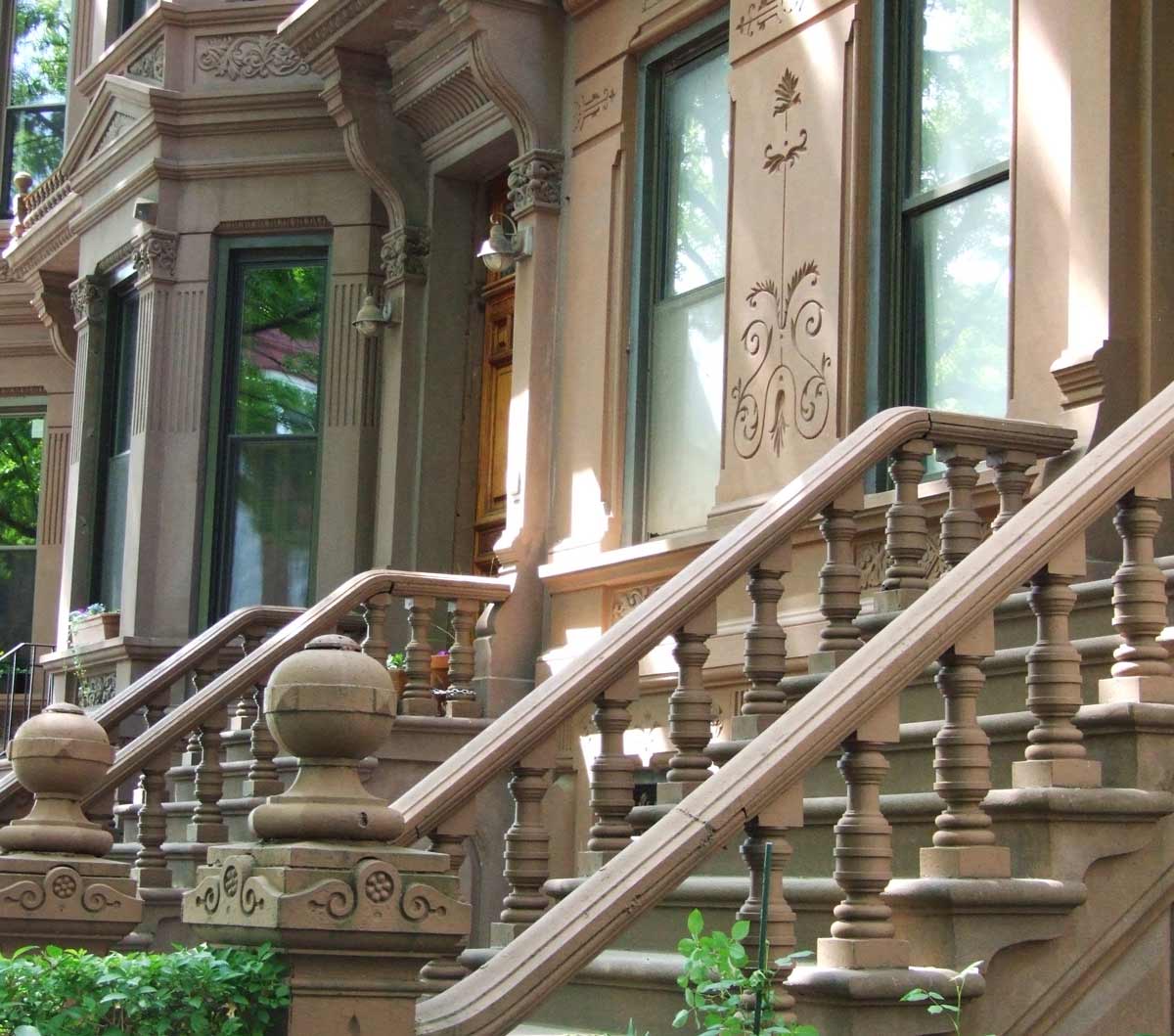 My mother and I moved to Bedford Stuyvesant in 1983. We rented a small, three-and-a-half story brownstone on Jefferson Avenue, between Marcy and Tompkins avenues. It was a rare house that still had all of the original details and had never been chopped up into apartments or rooms. The house was only two rooms deep, so the parlor floor had two large rooms with high ceilings, two marble fireplaces and a beautiful set of etched glass pocket doors that separated them. Both rooms took turns as our formal dining room.

My Mom had a gorgeous, heavy and ornately carved Jacobean-style dining room set. It consisted of a large table, six upholstered chairs, a long marble-topped buffet and a beautifully carved china cabinet. The style was very Jacobean with lots of heavy turned wood and ornamentation and was probably from the early 20th century. My parents got the set when we moved from Queens to upstate NY when I was six. The storage company they used while we were getting settled somehow lost or sold our furniture, so they offered this set as compensation.

Apparently, the baronial dining room set had been abandoned in storage, but was too large for the average Queens apartment or house and no one wanted it. Since we were moving to a large farm house, and no longer had our original dining room set, we took it. It had pride of place in our home until we moved back to New York almost twenty years later.

The table could comfortably seat eight. Ensconced in our Bed Stuy home, my Mom and I would have Thanksgiving and Christmas dinner with my brother and some of our friends who were far from home or had nowhere to go. We always had a full table. My mother was an excellent cook, and we always had enough food to feed an army. For Thanksgiving she would always cook a turkey with stuffing and a ham, collard greens, macaroni and cheese, a salad and another veggie, plus candied sweet potatoes, mashed potatoes, fresh-baked rolls and pumpkin pie for dessert.

My mother passed away two years after we moved to Jefferson Avenue. The year that she died, and maybe the year after, I went to restaurants with friends for Thanksgiving. We always went to intimate, classy places with excellent meals, but it wasn’t the same as having Thanksgiving at home. After that I decided to continue the tradition of inviting friends and having a huge Thanksgiving meal. I spent my entire life watching my mother cook, so I knew how to make every dish in just the same way she made them. My macaroni and cheese, which is her mac ‘n cheese, is still a big hit with my brother’s family, and with any of my friends who have had it.
One year I invited friends who were in theater productions with me. Another year I had an entirely different group of friends. None of them had ever been to Bed Stuy. I gained a second family when I became close with my neighbors across the street. They became my Aunt Joice and Uncle Milford and shared the table with me and with my friend from work who had recently been divorced. She and her family also became my family. Sometimes my brother was there, sometimes he had Thanksgiving with his girlfriend’s family. She would become his wife, giving us both entry to yet another family. Although I deeply missed my mother, I was blessed with wonderful friends and their extended families, so Thanksgiving was still a big family affair.

At least eight of us were gathered around the table, surrounded by late 19th century elegance in marble, wood and glass. The large table was covered with a white linen tablecloth and filled to overflowing with food, just like Mom used to make, with just enough room for plates, silverware and glasses. We lit the candles in the center of the table and lowered the lights.
We said a heartfelt prayer of thanks, we remembered those who couldn’t be with us, and we carved the turkey and began passing the dishes around the table. People who may not have known each other well became better friends over a good meal. We laughed and shared stories while we ate. All the while, I sat at the head of my table, making sure everyone had everything they needed. More than once I sat there with tears in my eyes. I will always miss my Mom, but I have so much to be thankful for, I am so loved, and my table, which has traveled far in my lifetime, is big enough to seat my world.

Advertisement
Related Topics:bedford-stuyvesant
Up Next