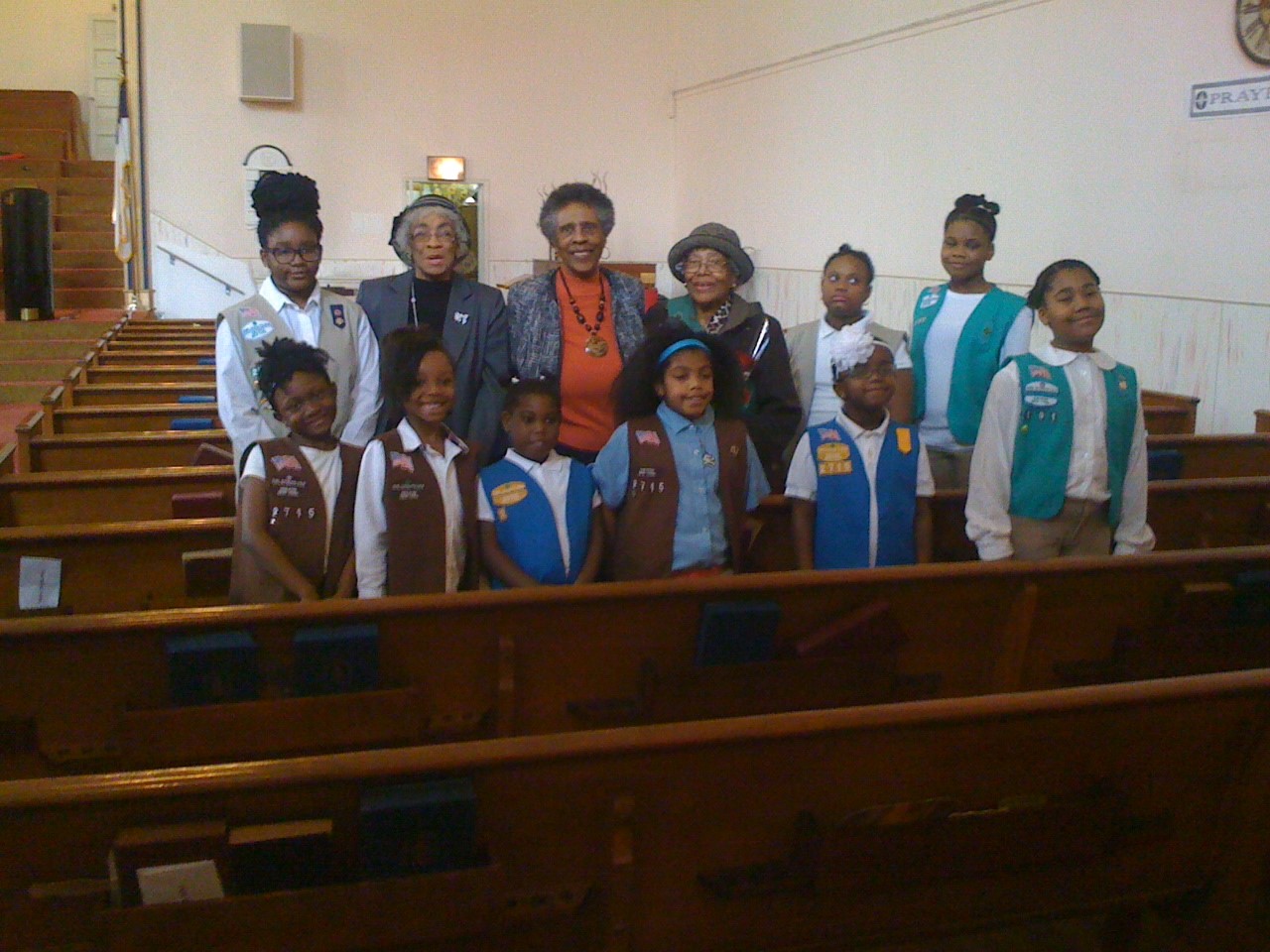 At six o’clock one evening came Cynthia Goodison Tompkins taking deliberate steps and steadied by a thick black cane as she walked toward the church where she would sit to talk about one of her second acts in life–storytelling.

Tompkins, whose first act was teaching for 30 years, boasts about working with Adelaide Sanford. She discovered, “There’s life after the Department of Education” and jump-started her encore performance in life by joining the National Association of Black Storytellers (NABS) seventeen years ago. Each year since then, she has traveled to a different city convening with professional storytellers and studying the art of the craft.

In 2012, she joined a local storytelling group, the Elder’s Writing Workshop, under current workshop leader Nefertari Ulen at Siloam Presbyterian Church on Jefferson Avenue, meeting on Friday’s from noon to 2pm to keep her storytelling chops alive during the year.

Once a month, these ladies read stories to one another while the others listen intently. Then each listener provides feedback.

Tompkins credits the local and national workshops with teaching her about the art of telling a good story and little-known facts about Black history. “Did you know that Frederick Douglass used to offer morsels of bread to poor white children in exchange for information about what they learned in school that day? I learned that at a storytelling festival.” She also learned to listen intently and how to receive criticism without giving up writing all together.

Her efforts have paid off. The Center for Black Literature at Medgar Evers College, under the leadership of Executive Director Brenda Greene, has published two volumes of the works of these elder griots. “They are leaving a legacy rich with powerful images of their lives as women,” says Dr. Greene in the foreword of one book. Tompkins has made five contributions to the two volumes.

Though she has been networking with storytellers since 2000, she wishes she had known about the art form earlier, feeling it would have enhanced her teaching and she would have accomplished so much more. She might have become a professional storyteller.

Professional storytellers travel the world telling their stories and getting paid. Just before a NABS regional conference, they contacted the city and are invited to perform at promotional festivities. “My friend was paid $600 for one event.”

Tompkins’ knees slow her down slightly but that does not dampen her enthusiasm nor her resolve to continue the African tradition of storytelling. “We have a job to do; we’re not here by accident.” Her next project is a story about York, an African-American freed slave and member of the Lewis and Clark Expedition of May 1804, the first American expedition into the western United States.

She’s also looking forward to her daughter purchasing Dragon transcription software so she doesn’t have to write her stories by hand.

Taking it easy is not in Tompkins’ genes. She comes from a traveling family. “My mother would take all five of us and pack a lunch and head to Prospect Park, Coney Island or take us on a bus trip around town. People used to say we had wings on our feet.” In that tradition, she will fly to Wichita, Kansas in November so she can take her feet to the seventeenth NABS conference to continue developing her voice as a storyteller.