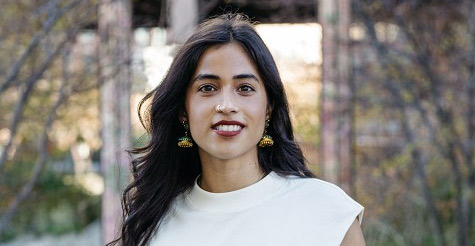 April Earth Month 2021 – NYC – To accelerate the transition from fossil fuel energy sources to a city that runs on clean energy technologies, Mayor Bill de Blasio today announced several critical steps the City will take to advance the implementation and integration of district geothermal systems. Geothermal heating and cooling is a highly efficient and clean technology that has been available for decades but remains largely underutilized in New York City. These systems can help replace fuel oil and natural gas to transform how the city heats and cools its one million buildings.
“We can and must leave fossil fuels behind and choose to run the places where we live, work and go to school on clean technologies,” said Mayor Bill de Blasio. “These are the solutions that we will continue to double down on to deliver on our climate goals and our promise of a healthy, clean, inclusive and safe New York City.”

“We applaud Mayor Bill de Blasio’s leadership in developing renewable energy resources to serve the needs of New York City,” said Sonal Jessel, M.P.H., Director of Policy at WE ACT for Environmental Justice. “Geothermal heat pumps, powered by renewable energy, are an intriguing possibility for New York City worth exploring, especially with a focus on environmental justice. Given our growing work in decarbonization and electrification, and our success in training a renewable energy workforce, we would welcome the opportunity to partner with the City on a geothermal district demonstration project in Northern Manhattan.”

Geothermal, or ground-source, heat pumps rely on the constant temperature beneath the earth’s surface to provide carbon-free, efficient heating and cooling, and use less electricity than other types of heat pumps. New York City has already built building level geothermal projects throughout the city, including at FDNY Rescue Co. 2 in Brooklyn and PS 62 on Staten Island.  The City can play a unique role in unlocking these geothermal district systems and accelerate decarbonization with a focus on environmental justice impacts.

To advance this work, the City will initiate a feasibility study to select a potential demonstration project site or set of sites by the end of 2021, with a focus on places that are technically viable, have the most impact on reducing gas usage, will provide an affordable option, and where the most benefits to environmental justice communities can be achieved. In tandem with the feasibility study, the administration will pursue legislation in the coming weeks to give the City the authority to build and operate one or more geothermal district demonstration projects that will include private buildings as well as provide the foundation for the City to build and operate these systems citywide in the future.
“Urban Green applauds this leading, bold move to tap the Earth’s carbon-free energy. It’s an innovative step to help decarbonize the 40% of NYC’s emissions coming from heat and hot water,” said John Mandyck, Urban Green Council CEO.

“Long underutilized in NYC, geothermal systems can offer an energy-efficient option for buildings, old and new, as we seek to dramatically reduce our city’s carbon footprint. The geothermal system that heats and cools the Center for Architecture, AIA New York’s home in the heart of Greenwich Village, was installed almost 20 years ago as the first geothermal system in a building in NYC. It has served us well and we support further studies into how such systems can be optimized for our city’s needs,” said Ben Prosky, Assoc. AIA, Executive Director, American Institute of Architects New York.

“Geothermal heat pumps are widely recognized as the most efficient way to heat and cool buildings.  As such, they offer the lowest operating costs of any alternative to fossil fuels.” said Bill Nowak, Executive Director, NY-GEO.
“Geothermal systems such as the one DDC recently installed at the Bronx River House in Starlight Park typically provide a 20 percent energy savings versus conventional heating and cooling systems, and are completely carbon neutral” said DDC Commissioner Jamie Torres-Springer. “This is an important opportunity to bring these critical technologies to scale and expand those energy impacts citywide.”

“It’s time to end the furnace as we know it,” said Ben Furnas, Director of the Mayor’s Office of Climate & Sustainability. “The future of heating and cooling is coming, and not a moment too soon. Geothermal technologies will play a key role in providing clean, affordable, and comfortable homes and workplaces while accelerating our transition away from fossil fuels.”