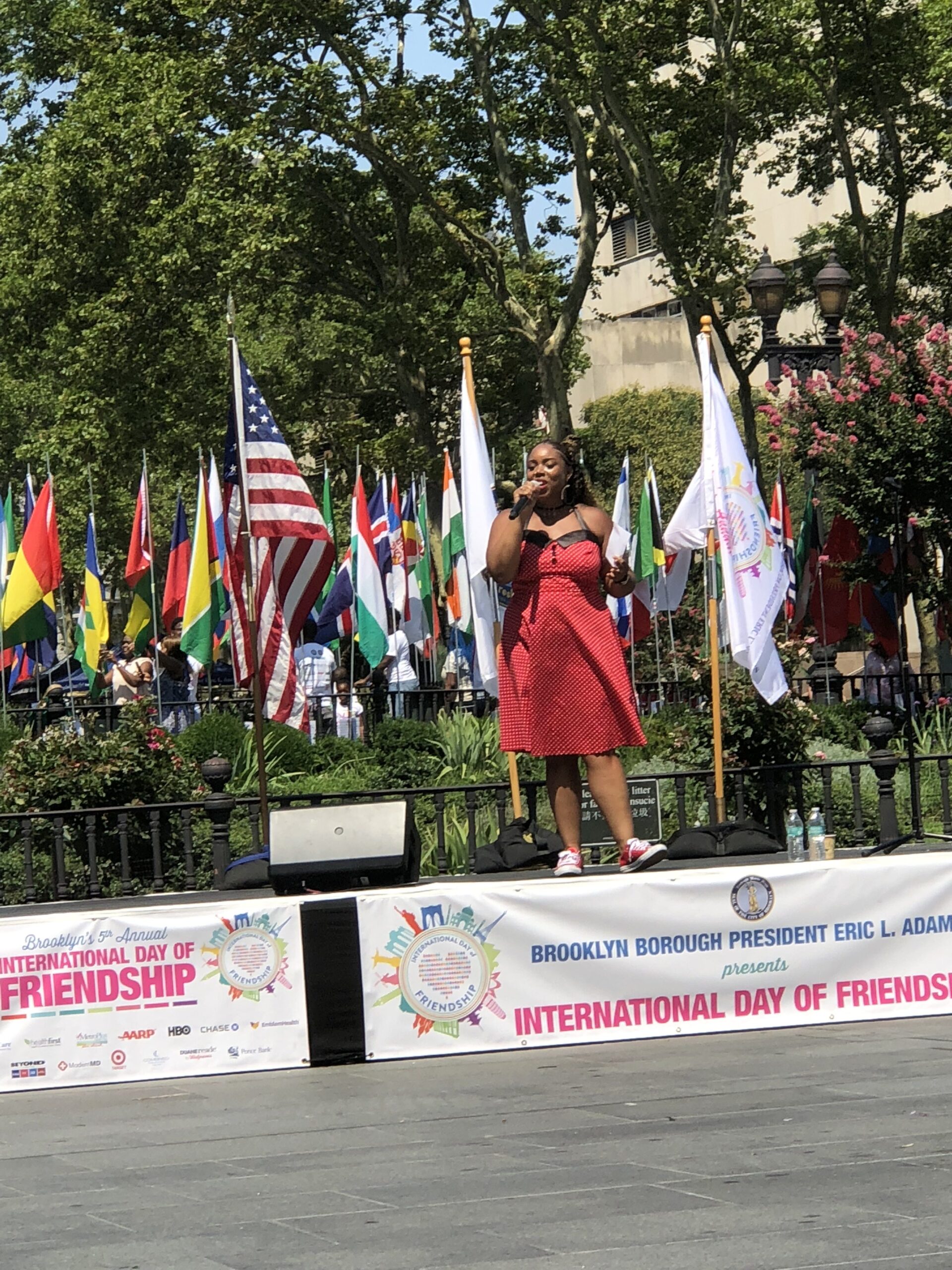 The event commenced with the Unity Parade of Flags down Fulton Street off Flatbush Avenue to Borough Hall. Representatives of more than 80 countries marching in the procession, carrying flags of the 195-member states of the United Nations.

This annual celebration in Brooklyn was initiated by the Borough President as part of his “Embrace Your Hyphen” campaign encouraging Brooklynites to celebrate and learn about the borough’s rich ethnic and linguistic diversity.

“This day of friendship is our opportunity to acknowledge the friendships we have,” said Adams in his greetings to participants. “No matter what happens nationally, locally is where it matters… As Brooklyn goes, so goes New York.”

Lieutenant Governor of New York Kathy Hochul shared the story of her immigrant grandparents who came to this country escaping poverty in Ireland, looking for a brighter future. She spoke about the Statue of Liberty being in our harbor and acknowledged that those in attendance is what America looks like.

Radio 103.9’s MC Roxie (Barbara De Laleu) spoke about her Haitian roots and her stay in Argentina, where she first celebrated Friendship Day.

Mbalu Kargbo from Sierra Leone told Our Time Press that she has been in this country for 20 years and that she loves America.

The Consul General of South Africa, Mrs. Mathula Nkosi, greeted the crowd warmly in Xhosa and reminded the celebrants of what would have been Nelson Mandela’s 100th birthday, July 18th. Others who spoke to the crowd included a representative from China, the Vice Consul of Poland and Consul Generals from Belarus and Nigeria.

A highlight for me, personally, was going backstage when it was announced that representatives from various consulates would tell us how to say” hello” and/or “welcome” in their native tongues.

Families Remember Eric Garner on the Fourth Anniversary of His Death