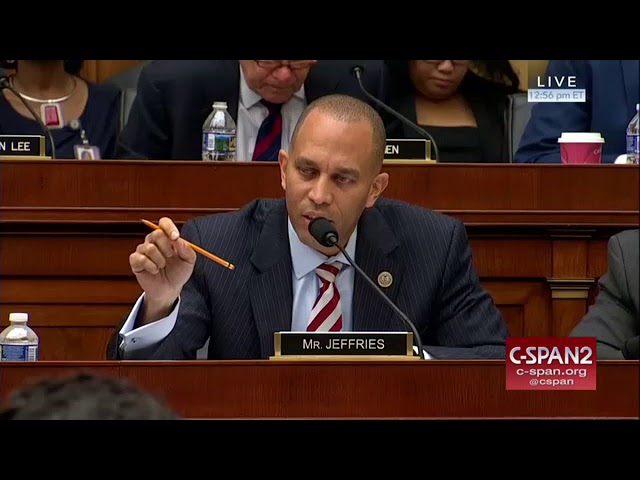 Shortly after his election, we spoke with Congressman Hakeem Jeffries while standing on Lafayette Avenue, and congratulated him on running with the big dogs on the Budget and Judiciary Committees. He leaned in and said, “I might have to put some Brooklyn on them”. Well, he did just that in his questioning of Attorney General Jefferson Beauregard Sessions III this past Tuesday.

Sessions’ own words come back to haunt him

In testimony before the House Judiciary Committee on Tuesday, Attorney General Jeff Sessions repeatedly came under heavy criticism from Democratic members. At issue was his statement, delivered under oath during his confirmation hearings, that neither he nor anyone else on the Trump campaign had contact with Russia during the course of the 2016 election. It was subsequently revealed that Sessions had multiple meetings with the Russian ambassador and knew about other contacts between campaign staff and Russians.

Perhaps the most effective questioning came from Rep. Hakeem Jeffries (D-NY). His strategy was simple: use Sessions’ own words to make his point.

Jeffries started by establishing that Sessions claimed he “didn’t recall” the answer to various questions dozens of times during his appearances before Congress as attorney general. Jeffries then summarized Sessions’ comments to Fox Business host Lou Dobbs on October 4, 2016 in which he blasted Hillary Clinton for the exact same behavior, suggesting that it could be criminal.

Jeffries was limited to five minutes, so he didn’t have time to read Sessions’ full quote from his October 2016 appearance with Dobbs ahead of the vice presidential debate, but here it is.

SESSIONS: “Lou, that’s the way you lie. That’s the way people do it in court. I’ve seen it many, many times. Well, I don’t remember, but if. And she said 35 times before the FBI interview that she couldn’t remember? If you can remember and you don’t — if you say — and you say, I can’t remember, then that’s as false a perjurious (sic) statement as if you flat-out gave a false statement.”

“Mr. Attorney General, do you still believe that the intentional failure to remember can and constitute a criminal act?” Jeffries asked.

“If it’s an act to deceive, yes,” Sessions acknowledged.

Sessions’ defense for his inaccurate statements during his confirmation hearing was that his answers were not an attempt to deceive. Rather, Sessions said his testimony reflected his best recollection of the events at the time and that, as soon as he became aware of new facts, he corrected the record.

But Jeffries noted that on February 23, 1999, during the Senate impeachment trial of Bill Clinton, Sessions told a story about a “young police officer” who said something inaccurate during a deposition in a federal lawsuit but then later corrected his statement. Sessions said it was “my decision whether the officer would be prosecuted for his perjury”.

Sessions said he “concluded that a sworn police officer who had told a plain lie under oath, even a young officer, should be prosecuted in order to preserve the rule of law and the integrity of the system”. In explaining his vote to convict Clinton and remove him from office, Sessions said, “I cannot hold a young police officer to a different and higher standard than the President of the United States”.

“The Attorney General of the United States of America should not be held to a different standard than the young police officer whose life you ruined by prosecuting him for perjury,” Jeffries concluded as his time expired.