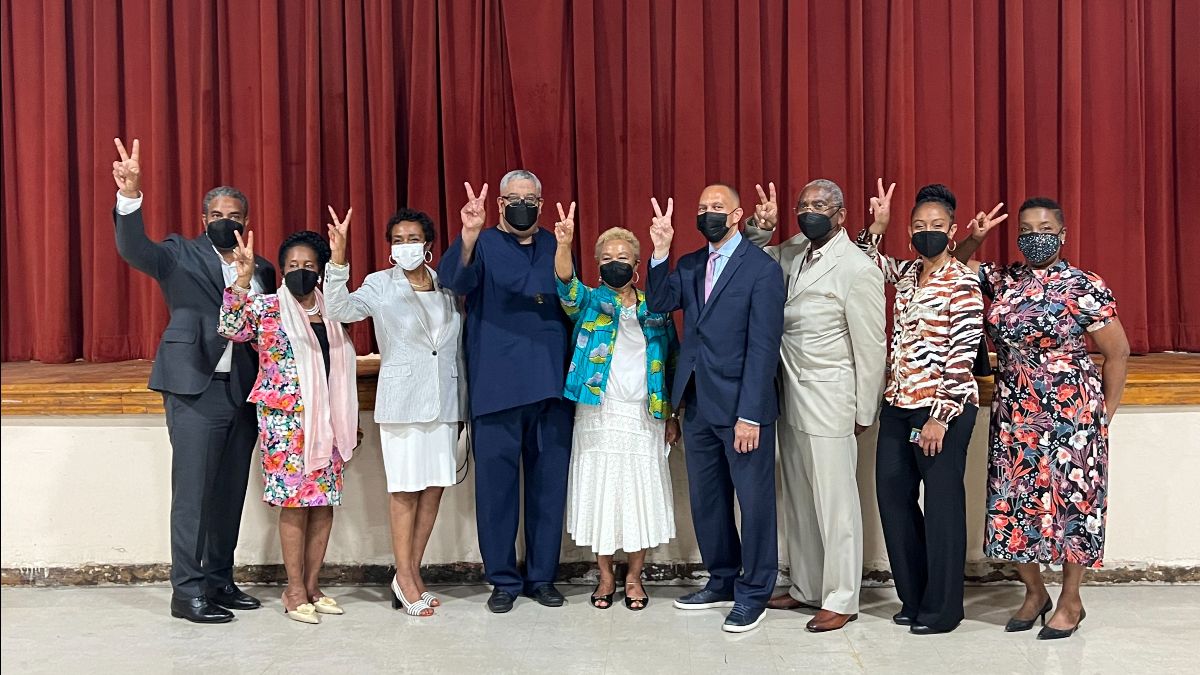 The Shirley Chisholm Cultural Institute, under the leadership of Barbara Bullard as President, hosted members of the Congressional Black Caucus (CBC) last week, who visited Brooklyn for the 50th Anniversary of Congresswoman Chisholm’s run for the President of the United States.

Also present were Chisholm family members, Brooklyn community leaders, and CBC staff for what Ms. Bullard called “a momentous day for the community.”

As part of the tour, the group visited the home in which Congresswoman Shirley Chisholm resided during her run and the Concord Baptist Church of Christ, where she officially announced her candidacy.

The mission of The Shirley Chisholm Cultural Institute, founded in 1977 by Congresswoman Chisholm and her colleagues, is “to provide opportunities and cultural experiences for all ages to utilize economic, educational, health, and recreational resources in our communities.”

Ms. Bullard says the ultimate objective of SCCI is “to preserve Congresswoman Chisholm’s legacy through initiatives she, a visionary in her time, launched 50 years ago.”