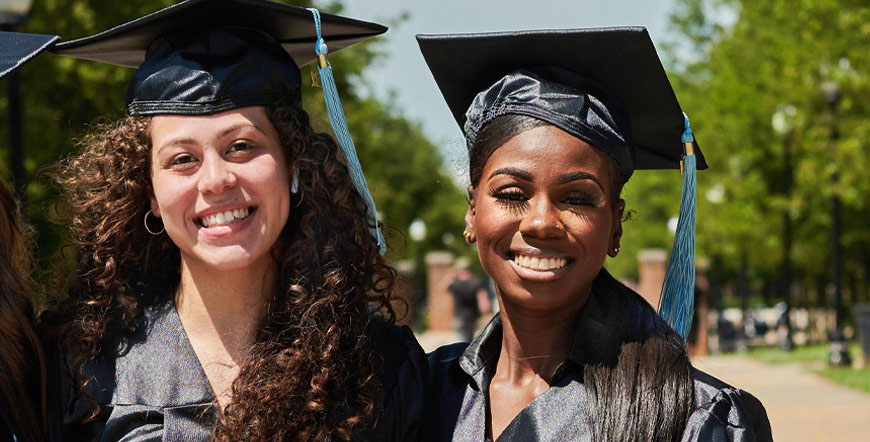 The CUNY Comeback Program, one of the largest college debt forgiveness program in the country, forgives nearly $95 million in unpaid tuition and fee balances for more than 52,000 students. is a prime example of the way CUNY comes to the aid of its students and always has their backs.
Of the messages CUNY is receiving from many beneficiaries of the program, two of the strongest are from Brooklyn residents of Haitian descent.

CUNY student Marc Jajoute worked two jobs over the summer to shore up his finances so he could return to college this fall. Before he could resume his studies at New York City College of Technology, he needed to clear up an outstanding balance of nearly $3,700 that he still owed to the school. Then, on Aug, 16, he received an email from Chancellor Félix V. Matos Rodríguez notifying him that his debt would be automatically canceled through the recently launched CUNY Comeback Program, and he was free to enroll.

For Jajoute, the news couldn’t have come at a better time. His father, an immigrant from Haiti who was the family’s primary breadwinner, died of complications from diabetes and COVID-19 last March. The money the 21-year-old earned working as a cashier at a fast-food restaurant and an Amazon warehouse would now be used to support his mother and pay any additional expenses for his education.

“When I saw the email from the Chancellor, it was just overwhelming,” said Jajoute, who is studying electrical engineering and hails from Canarsie, Brooklyn. “Now I can stay focused on my schoolwork and just use this opportunity to the fullest to go after my goals and get my degree.”

The CUNY Comeback Program, announced at the end of July, utilizes federal Higher Education Emergency Relief Funds to cancel outstanding student tuition and fee balances, providing financial relief to CUNY students who experienced economic hardship during the COVID-19 pandemic. Believed to be the country’s largest student debt-forgiveness program of its kind, the initiative has so far erased debt automatically for 52,511 CUNY students who owed more than $93.8 million to the University. Those numbers are expected to rise as the University starts reviewing thousands of additional hardship applications to be filed by students.

“The central goal of the CUNY Comeback Program is to provide our students with the financial support they need to continue moving forward with their academic goals,” said Chancellor Matos Rodríguez. “It’s clear from the many messages of appreciation we have received from CUNY students that this landmark measure has had a transformative effect on their lives, renewing their optimism as they roll up their sleeves for the start of the new academic year.
Juvanie Piquant, the student representative on CUNY’s Board of Trustees and chairwoman of the University Student Senate, commented: “It has been a historic year for the City University of New York and for CUNY students. We are relieving up to $125 million of student debt, and this is something that’s going to help us get back to school, back to work and help the economy. CUNYStrong’ is all about believing in the work we do and ensuring that every student who walks into any hall of CUNY has an opportunity; by doing this, we are giving our students a chance to go out there and dream big, and to fulfill their dreams.”

As a Brooklyn native, born and raised by Haitian immigrants in Canarsie, Juvanie Piquant has seen first-hand the importance of access and affordability of education for the most marginalized in New York City.
Juvanie Piquant is the first Haitian-American woman to serve as the University Student Senate (USS) Chairperson. She represents more than 500,000 full and part-time CUNY students in New York State and is the only student member of the City University of New York Board of Trustees.

Ms. Piquant is a third-year honors student attending New York City College of Technology where she is majoring in Law & Paralegal Studies.  Previously, Ms. Piquant also served as the Vice-Chair of Legislative Affairs for the USS, ensuring the students of CUNY had a representative that would advocate for the advancement and affordability of higher education at local, state, and federal levels. Prior to her work at the USS, Ms. Piquant served on the Board of Directors for the New York Public Interest Research Group (NYPIRG) for two consecutive years, focusing on higher education and environmental policy in New York City and New York State.

On her local campus, Ms. Piquant currently serves as the Senator of Professional Studies at the City Tech Student Government Association working with students and administration to improve professional development opportunities and resources for the City Tech student body. Ms. Piquant’s passion for advocacy and philanthropy has propelled her to get involved in her community and continuously serve others.

As an aspiring attorney, Ms. Piquant is a member of the Haitian American Lawyers Association of New York (HALANY), which has a goal of working with various individuals in the legal profession to create access and opportunities for aspiring law school students.

Juvanie, in the meantime, is fully committed, through her role as USS Chair, to empower the youth and her peers at CUNY.