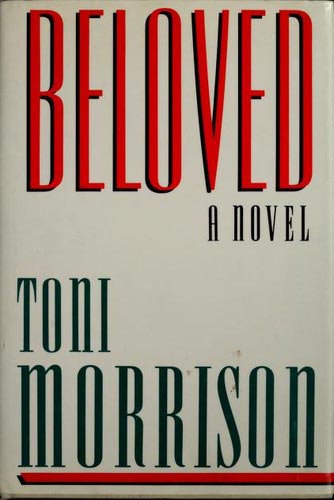 By Dr. Brenda M. Greene
Beloved (1987) by Nobel Laureate and Pulitzer Prize-winning writer Toni Morrison and The 1619 Project (2021 by Pulitzer Prize-winning journalist Nikole Hannah-Jones are among a long list of books by Black writers on the banned books list. According to the American Civil Liberties Union (ACLU), Black literature and Black art have been the target of censorship and repression for decades. This has never really stopped and has only ebbed from time to time. However, over the last two years, attacks and bans on books written by Black writers have dramatically increased. These books, which are disappearing from teachers’ classrooms, libraries, and the public domain, are targeted by school boards, politicians, and parent groups. We face a situation in which books that accurately portray the experiences of Blacks in our history and in the stories of our nation are not available. This campaign of repression is devastating and has prevented access to the multi-faceted nature of the Black experience in America. The reasons vary; however, the major books targeted are those that highlight racial injustice, expose inequities in our system, depict Blacks and Whites in stereotypical terms, and portray gender discrimination and sexual situations. Those launching banning books have also argued that they incite sedition and riots.

Books bans in our schools and library date back to the 1950s McCarthy era when there was censorship on race-related and perceived communist-inspired books, films, and art that critiqued capitalism, economic equality, and/or the health of American democracy. It resurfaced in the 1980s when right-wing Christian fundamentalists became active in politics. In a country that purports to be a diverse nation that is accepting of all racial, ethnic, and religious groups and that respects gendered differences, the censorship and banning of books are the ultimate hypocrisy. It is also no surprise that the banning of books intensified as the 2022 midterm elections approached. From 2020 to 2021, concomitant with the formation and expansion of the Black Lives Matter Movement, a rise in white supremacist groups, the dismantling of democratic processes, an increase in voter suppression tactics, the fall-out from Trump-era politics, and the misinformation perpetuated during the global health care pandemic, there was a record increase in the banning of books.

This latest chapter in the nation’s story of racist censorship is predictable when you examine the history of racial inequity in this country. PEN America is an organization that works to ensure that people all over the world have the freedom to create literature, convey information, express their views, and access the views, ideas, and literature of others. Book bans have been a priority issue for the organization and in response to the rapid censorship movement, they collated an Index of School Book Bans that offers a snapshot of the trend.

Censorship is an infringement on the rights of educators, students, and parents who are in the business of supporting literacy and helping young people to understand and learn about the world. School libraries have been at the center as advocates against book banning. Restricting books from school libraries is an attack on the first amendment and a violation of students’ constitutional rights. Libraries are often the first “space” where young people encounter an array of diverse books. Thus, libraries, particularly for students of color who may not have access to books, are critical resources that enable youth to read a wide range of voices representing themselves and the world. Many of our writers, scholars, and civic and educational leaders have recounted stories that speak of the library as a place that allowed their imaginations to soar and that enabled them to create special places that stimulated their quench for further reading, creativity, and intellectual thought. The library, in some cases, was the sole means to pursue their thirst for knowledge and to live the life of the mind. It was a place where inquiring minds could travel outside of the boundaries of the school curriculum.
When books are challenged, an investigation is conducted for an indefinite period of time. This, in essence, bans a book because it is not available. The American Library Association (ALA) has documented 330 reports of book challenges since the fall of 2020. ALA resisted this policy by stating that a book should remain in circulation while undergoing a reconsideration process.

Banned books by Black writers include among others Stamped: Racism, Antiracism, and You (2020) by Ibram X. Kendi and Jason Reynolds; Class Act (2020) by Jerry Craft; All American Boys (2017) by Jason Reynolds and Brendan Kiely; The Hate U Give (2017) by Angie Thomas; Brown Girl Dreaming (2014) by Jacqueline Woodson; The Color Purple(1982) by Alice Walker; The Bluest Eye (1970) by Toni Morrison; I Know Why the Caged Bird Sings (1969) by Maya Angelou; and Go Tell It on the Mountain (1953) by James Baldwin.
The increase in the number of banned books has been further exacerbated by a misunderstanding of Critical Race Theory (CRT), a school of thought that explores and critiques American history, society, and institutions of power from the perspective of “race.” In Part II of “Banned Books and Their Impact on Black Writers”, I discuss critical race theory and recommend what we as parents, educators, librarians, authors, and the general public can do to address the banning of books in our communities.