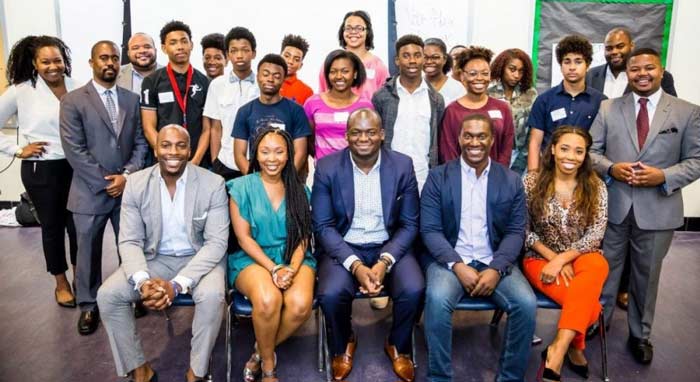 By Victor Trammell
Following some devastating financial hits, which were suffered in COVID-19’s first throes, Black-owned businesses have come back roaring as strong as freight trains — more so than any race or genetic demographic in the country.

An academic study conducted by Dr. Robert Fairlie, a professor at the University of California, Santa Cruz,  reveals that the total amount of Black U.S.-based businesspeople who are up and running had increased to nearly 1.5 million entrepreneurs in August 2021.  That is a sizable 38 percent jump higher than the February 2020 figure — prior to COVID-19’s U.S. arrival.  During the same era, Hispanic entrepreneurship climbed up by 15 percent.
Meanwhile, White business ownership fell by three percent and Asians saw a two percent decrease in their entrepreneurial activity.

Fairlie’s findings piqued the public’s interest 18 months ago. Back then, the facts showed a travesty — the number of Black business owners plummeted down a 41% pit. This figure was compared to the rates recorded prior to when COVID-19 showed up on the scene. Statistical information also proved that African-American firms got disproportionately hammered during COVID-19’s ghoulish reign of hysteria.

Furthermore, most communities of color finished in last place when it came to getting federally approved for the Paycheck Protection Program. However, after all, has been said and done, Black business battled back and came out at number one.
“The previous month was high, so it seems like there’s something real there,” Fairlie said, according to Bloomberg Magazine.

“Even if some of the new entrepreneurs are people who lost their jobs and were forced to find other sources of income, it’s overall positive that they are starting something new and not sitting on the sidelines of the job market as so-called discouraged workers,” he continued.

Fairlie’s research did not provide data, which proved how many of America’s 1.5 million black entrepreneurs are struggling or not. However, one thing might be totally clear. Now might be the time to make your money and your own rules — since corporate America is acting as if it does not abide by any at all.

Financial freedom, win, lose, or draw, is definitely a clear-cut way to stand up tall.