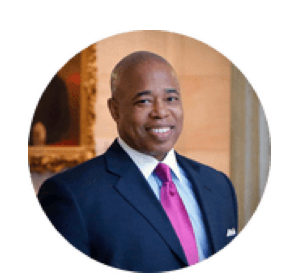 A change to the U.S. Census set for 2020, has many local electeds decrying President Donald Trump’s actions toward immigrants across the country.

Late Monday night, the Commerce Department led by Secretary Wilbur Ross, announced that the upcoming census will include a citizenship question for the first time since 1950. The department officials claim the question will help to enforce the Voting Rights Act.

According to initial reports, Ross decided to add the question to the count after a Department of Justice (DOJ) request based on the desire for better enforcement of the voting law, the U.S. Department of Commerce said in a statement.

The census, which is intended to count the entire population, is crucial for determining how federal funds are distributed and congressional districts drawn.

The controversial announcement has many immigrants worried that the information obtained from the question could be used against them.

Brooklyn Borough President Eric L. Adams denounced the move, claiming the change in policy will cause many undocumented immigrants to not partake in the data collection process.

“We already strongly suspect that urban populations like Brooklyn have been chronically undercounted, and President Trump’s call for a citizenship question in the 2020 US Census will further undercut the accuracy of this critical count by discouraging the participation of immigrant Americans. This decennial process is hard enough without putting additional barriers in place,” said Adams.

“Citizenship serves no statistical purpose in the U.S. Census. The census is a head count. It helps guide health policy, allocate resources, representation and governance.Citizenship has nothing to do with voting rights as the Justice Department claims. That is a farce. Think of the Census in terms of occupancy. We need to know how many people are in the room. If half are not citizens, is the room at half occupancy? If you wanted to give them enough chairs to sit in, do you give them enough for half to sit? If they got sick, do you treat half?” said Dilan.

“It is egregiously clear that the Trump administration’s appalling move to add a citizenship question to the 2020 Census is designed to serve one of two purposes: either the Trump administration and its allies want to collect information on immigrants with the intent of carrying out heinous programs, or they hope to create a pervasive fear that will discourage immigrant populations from participating in the census, and so damaging democracy by denying fair representation in government for diverse communities like the one I represent,” said Williams.

However, Congressman Dan Donovan (R-South Brooklyn, Staten Island) criticized the announcement’s backlash and instead claimed the change in policy would bring accuracy to citizenship data.

“To watch some of the coverage today, you’d think the world is coming to an end because of a minor policy announcement from the Trump Administration. It’s basic common sense for the federal government to get an accurate tally of the citizenship status of people who live in the United States,” said Donovan.

Donovan went on to refute recent claims that the question will deter immigrants from participating in the 2020 Census, claiming that a recent study concluded that “the introduction of legal status questions does not appear to have an appreciable chilling effect on participation.”

According to the Mayor’s Office of Immigrant Affairs, New York City is home to 3.1 million immigrants and an estimated 560,000 undocumented residents. The city is also home to a large lawful permanent resident population, with about 1 million New Yorkers living in mixed-status households, where a household member is undocumented.

Set for the City, State and 2018, Jumaane Williams & Cynthia Nixon Accept the Endorsement of the Working Families Party for Lt. Governor & Gubernatorial Run