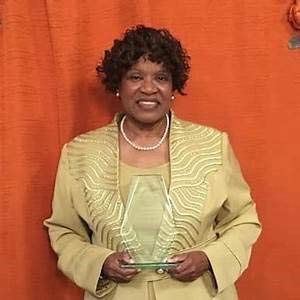 The family, church family, and friends of Sr. Pastor Gwendolyn H. Dingle of the Pentecostal House of Prayer Church in Bedford-Stuyvesant mourn the recent passing of a beloved community contributor. Noted for her warmth and kindness, the pioneering Brooklyn native, daughter of the late Bishop Luther and Shepherd Mother Georgia Dingle, was raised in her father’s church, where she would one day take the lead. She had just celebrated 11 years as senior pastor before passing away on April 21st.

Also an educator at heart, Dingle received her B.A. Degree in Elementary Education in Virginia before returning to New York to attend the highly regarded Bank Street College of Education. After graduating, her father appointed her administrator of The Pentecostal House of Prayer. Not long after however, Pastor Dingle married and moved to Nashville, Tennessee. Over years she spent there she was active in two churches, Seay Hubbard United Methodist Church and Mt. Zion Baptist Church, where she would later be ordained as a minister.

Pastor Gwen Dingle’s voice rang out, not only in church, but also during her successful tenure in radio. She worked as an announcer on two gospel programs in Nashville and, while there, founded the city’s first 24-hour gospel station. Along the way, she rose to contribute on a wider scale, working with Dr. Bobby Jones on his Gospel Explosions and the Bobby Jones Show on BET. She traveled with the Show and worked with the Stellar Awards when it came to Nashville’s Grand Ole Opry. Pastor Dingle cherished these unforgettable experiences, as gospel music was in her blood, having played piano and organ since a child, to the delight of her beloved father.

Her father’s prayers were answered when she arrived back in New York in 2003, although she was returning home as a result of her mother’s illness. Bishop Dingle later ordained his daughter as an elder in the church before making his transition. In April 2009, Elder Gwen Dingle was installed as the Pastor of The Pentecostal House of Prayer. Her mother was beside her, carrying on the legacy, at what the pastor declared was, “… the best church this side of heaven.“

A leader and protective presence in the community, Pastor Dingle stood up for what she believed was right. She spoke out and signed clergy letters aimed at building bridges across faiths, improving community-police relations, calling for expanded Pre-K programs or advocating against the sale of NYCHA properties. She was also affiliated with “Engaging the Power,“ working with the modern-day Poor People’s Campaign at Union Theological Seminary. Her commitment and dynamic presence will be missed by the many people whose lives she touched.

From the Desk of Eric Adams