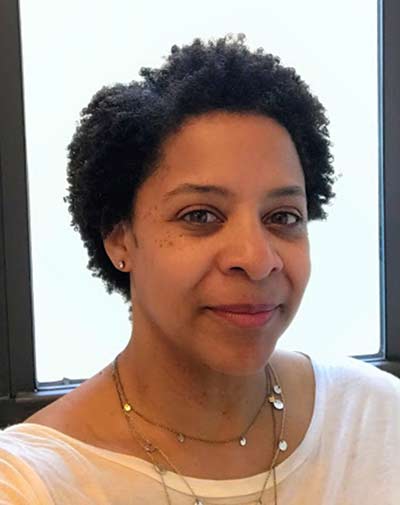 Come January 1st, New York State will enact its new cashless bail system and native Brooklyn lawyer Lisa Lewis couldn’t be more pleased. Although currently an attorney with District Council 37 working in the matrimonial unit, Lewis’ roots are in criminal law and her heart has long been in reform. She started out with Legal Aid in the Criminal Appeals Bureau and clerked with a judge in New York Criminal Court for three-and-a-half years. For the last couple of months, she’s been making sure that New York families know that cash bail will be abolished for 90 percent of defendants, and that they know how the new law works.

New York City has gotten a jump on things. Some defendants have already been released to help ease what could be a logjam of judicial traffic at the start of the year, with over 800 people who will be released then. There have been trainings for lawyers, court officers and judges with new resources and technology with which to become familiar. Staff from the court system will now send reminders of scheduled court appearances via text phone and e-mail, according to the defendants’ preferences and circumstances.

This flurry of preparation is not necessarily happening in upstate New York, where there are prosecutors and law enforcement opposed to the system. They claim there are people who pose a potential danger to society, people who should not be released. However, Lewis says that danger has never been a factor for releasing someone in New York State.

“That would severely burden the Black and Brown community,” she thinks. “Because we are often described as ‘dangerous’ compared to our counterparts.”

And she points out that other states still consider “a danger to society” in their bail deliberations, including New Jersey, which has had cashless bail for two years now, and has also seen its crime rate drop. Other states that have adopted bail reforms have also seen positive outcomes. But the danger factor is something that many New Yorkers – including some in New York City – want considered. Lewis, while not 100 percent convinced of what we can’t yet see, would still prefer to err on the side of release. She also thinks some people are jumping the gun and unnecessarily scaring the community and that there are certainly reasons to celebrate.

“One of the aspects of the reformed law that I like most is that the court now has factors to consider with a person’s ability to pay,” Lewis says. “Before, you looked at the facts of the crime, or made a determination on the basis of a defendant’s history – their warrant history or their criminal history. But ability to pay was not a factor that judges were required to consider.

“For people who’ve been arrested and accused of misdemeanors, nonviolent crimes, to have them sit in jail because they can’t afford $500 or $600 – without being convicted of anything – doesn’t really make any sense. And they could lose their jobs, their homes, or their family could lose their home.”

If the judge determines that a defendant is a flight risk, they are now required to consider the least restrictive conditions and alternatives. If a defendant falls into one of these categories where bail and detention may still apply, the family support system, and factors such as whether or not the person is employed, is in school or has community ties is important.

“Families need to speak up if they want to ensure that someone is not considered a flight risk,” says Lewis. “Try to show favorable support. Maybe this person is a student, but they have a little part-time job that helps keep the lights on. Tell the attorney that this person is vital to their home and to its economic situation.”

Lewis says people can seek more information at the Brennan Law Center or Vera Institute of Justice websites or reach out to The Brooklyn Defenders or to Legal Aid.