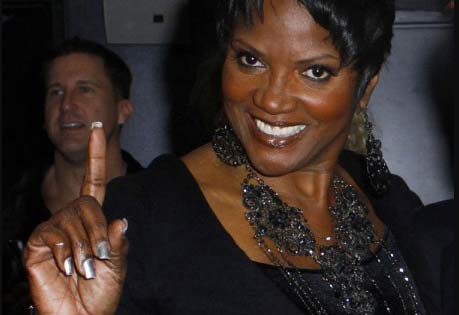 Part I of Four Parts

During the 1960’s, the Black family was under attack by socio-economic issues wrought by America’s escalating racism. Its “decline” was greatly, and sometimes unfairly, reported. Yet, inside the “hot” New York City neighborhoods of Harlem and Bedford-Stuyvesant, there was something else burning beyond tempers and temples. There were families — of every model, large and small; poor and middle-class; two-parent and/or single parent — where keeping it together was a way of life, not a struggle. And value systems were in tact, despite foreigner interpretations of appearances. The entrepreneurial Lillian and Victor Horsford, Caribbean immigrants, raised their children in Harlem in the often-characterized “troubling” period of the 60’s. And there was bad trouble. But there also were other complexities; in the midst of upheaval, amazing examples of grace under pressure. And that is what Anna Maria Horsford recalls of her experience: centers of learning put in place for her to go to “with hundreds of other kids”, conversations about heritage she overheard her father talk about and a neighborhood that retained its majesty even as it was changing.
Lillian and Victor Horsford raised their family in a Lenox Avenue brownstone located down the street from his store, and across the street from his friend James Van Der Zee’s photography studio. There were after-school programs in the nearby famous Mt. Olivet Baptist Church. Not everything was Rockwell, but even though it was not, the Horsford family was a rock, in its on right.

We started what would become a two-hour sharing session wanting to know more about the roots of Ms. Horsford’s inspiration that led her to become the popular star of television and films, and humanitarian she is today. Ms. Horsford revealed more than we ever expected. And our first question took us on a great journey.

OTP: How and where did you start your career?
AMH: It actually began at Mount Olivet Baptist Church after-school center on Lenox Avenue. Mt. Olivet was the home of the first African-American congregation on Lenox Avenue that has occupied the building since 1924. (The congregation was organized in 1878 and continues to worship at this site today.)
My mother claims that I was a little hyperactive; she had a hard time getting me to sit still. I only needed about 10 or 15 more activities. One day, my sister told her, “Take Anna to Mt. Olivet, they have an after school center there.” As the story goes, the director asked, “When would you like Anna to begin?” And my mother replied, “Today! I’ll pick her up, what time do you close? I’ll be back to get her.”
I learned to memorize and recite little poems, sang with the choir, created my own pot holders and everything. We kept busy at Olivet, after-school. They took us on trips; you had other kids your age you could play with. These programs tapped into all the things that a parent can’t do. It was a group of about 30, and I’m still acquainted with some of my friends from kindergarten. I stayed in Olivet’s after-school program for about 10 years, and I enjoyed every minute of it. A second home.
And you really got a sense self-confidence and speaking up. I remember this one time my mother went on vacation and left us with an older cousin. I didn’t know if the cousin would allow me to participate in a recital at the church. I really didn’t want to ask her and get no for an answer, and I really didn’t want to miss it. So I pretended I was going to the store. I got all dressed up and received the okay to go. I went directly to Olivet, got on stage, did my little poem and returned home. And that’s when I first thought, “I’m an actress.”

OTP: Were you and your sister members of Mt. Olivet?
AMH:We weren’t, and she did not attend the after-school center. I did [laughter]. That’s the difference [laughs].
One day my sister announced, “There’s a dramatic arts program, you can get a job as an actor. You just have to audition.”
That was when my acting life truly began. With HARYOU.
If you remember, that was the thing: having a job during the summer of 1964: everybody had a summer job. (Harlem Youth Opportunities Unlimited was founded by psychologists Kenneth Clark and Mamie Phipps Clark in 1962. Its director was Cyril deGrasse Tyson, father of astrophysicist Neil deGrasse Tyson, and founding member of the 100 Black Men of America.) I worked in the Haryou program under the director-writer Rick Edelstein, the drama/writing and acting coach (later known for his Starsky and Hutch, Bright Promise and How to Survive a Marriage)
Lew Alcindor Jr., later Kareem Abdul-Jabbar, was in the journalist program. Everyone knew him (as the basketball powerhouse who had just won 71 consecutive games for his Power Memorial Academy.)
We were teenagers enrolled in a damn good program. It was like heaven in Central Harlem. Six, 700 kids altogether in this arts and crafts program.
All of those programs were so important. Do they still have them. I don’t know if they still exist. I hope they do. They are key situations for children, you know.

OTP: What affect did your relationship with the Marcus Garvey family have on your life, your upbringing?
AMH: I don’t recall my sister, brother and I having a relationship with the Garvey family, but I recall my father saying that Marcus Garvey was the greatest thing that ever happened to him. And you know, when you’re four and five years old, you don’t know what that means. But you ask the little questions. We had a picture of Garvey in our living room of the leader standing in front of a boat. We were not allowed to touch it. My mother said, “No matter how much the furniture is changed in this room, don’t ever touch the Marcus Garvey picture.” It was sacred in our house. Gosh, I wonder where that photograph is, now.
I eventually met one of his sons in California. I had a dinner for him. I thought, “My father should see me now.” My dad taught us to love being black. He said that would never be ashamed of being black. We are all warriors, he told us, and and have to work to do.
You don’t know how much those messages impact your consciousness until you get older. I was doing a play with the writer/director/actor Ron O’Neal, who also taught acting classes at the HARYOU arts program in 1964 while appearing in Off Broadway plays. He was directing at the Richard Allen Theater Center and we were doing something in-between. He said, “Everybody stop.” He said, “Look at Anna.” And he said, “Anna’s not afraid to be colored.”
And I said, “What does he mean?” Because I truly didn’t know what that meant. And again, you know sometimes certain sentences stay in your head, especially people talking about dark and light skin this and that.
I didn’t have a clue what that was supposed to be but I learned from my father. Without any formal class or anything, he just starting talking about the privilege it was to be black. And that black was beautiful. And what that meant to him. But again, you don’t ask questions because that’s the only reality you know. So that you don’t think there’s another way that people should feel about their skin.
I asked, ‘Did you always want to live in Harlem?’ And he said, ‘Oh yes. The idea of walking down the avenue and all these black people, it couldn’t be more… what did he say? … more joyous than being in Africa.”
You don’t know what it means until somebody tells you that they feel the opposite and you look at them and say, ‘Are you crazy? This IS the best place.’
Later in life, I recall telling Pat Sajak the same thing on his talk show. He said, “Oh, so you were raised in Harlem.” I said, “Oh yes. You know it’s a privilege to be black.” And he said, “Really?” I said, “Oh yes, my father told me that.”
I left the studio that day. The casting woman called back and said, “Anna, this has never happened before but Pat Sajak would like you to come back the next day.” And I said, “Really?” She said, “It’s never happened before.” And I said, “Oh, I guess he didn’t know that there are black people like me.” [laughs]
When I was growing up, these older black people knew what racism was. And what they decided to do was protect their children and create a world where their children did not have to deal with the ignorance.
We had our rituals, our recitals and our recitations that you had to learn; we sold our tickets to our affairs. We had a world that did not infringe on whiteness, or white people. But more importantly, our parents did not — as much as they could — allow the white world to infringe on ours.

OTP: When did you realize that that world you were born into was special?
AMH: didn’t know that it was special. It was our world.
The flower shop, the cleaners, the laundry, the businesses were owned by Black people — you don’t think of it as special in the general sense of the word. It was just our reality. Daddy owned the store and we all had to work there. Walking down Lenox Avenue, we would see Malcolm speaking from the soapbox stand on the corner and Mr. Van Der Zee taking pictures of him.

AMH: Daddy and Mr. Van der Zee were friends and he used to put his photographs of bullet holes [laughs] in the window of his photography studio … as a message: all was not right with the world.
And after school, we would go over and just look at that.
And those people on the soap boxes talked about Africa, history and loving your story and yourself. All of these things were part of our upbringing.
I know now that a lot of other things were going related to racism. But in our house the big deal was sharing our reality with other black people. And with each other.


(Continues in May 13 issue of
Our Time Press)

ANNA MARIA HORSFORD is …Forever Glamorous, Forever Real, Harlem to Hollywood and Back! Can we Get an “Amen?!”