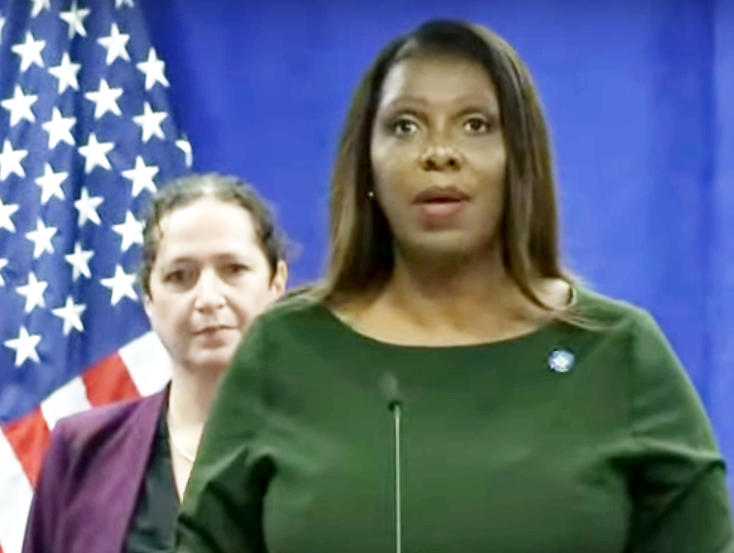 The lawsuit alleges that Donald Trump, with the help of his children Donald Trump, Jr., Ivanka Trump, and Eric Trump, and senior executives at the Trump Organization, falsely inflated his net worth by billions of dollars to induce banks to lend money to the Trump Organization on more favorable terms than would otherwise have been available to the company, to satisfy continuing loan covenants, to induce insurers to provide insurance coverage for higher limits and at lower premiums, and to gain tax benefits, among other things. From 2011-2021, Mr. Trump and the Trump Organization knowingly and intentionally created more than 200 false and misleading valuations of assets on his annual Statements of Financial Condition to defraud financial institutions.

This conduct was in violation of New York Executive Law 63(12), which gives the Office of the Attorney General (OAG) special and broad powers to go after persistent and repeated fraud and illegality, which in this case includes violating other state laws prohibiting the submission of false financial statements, the falsification of business records, and the commission of insurance fraud.

As a consequence of these violations, OAG is seeking, among other relief, to: 1) permanently bar Mr. Trump, Donald Trump, Jr., Ivanka Trump, and Eric Trump from serving as an officer or director in any New York corporation or similar business entity registered and/or licensed in New York state; 2) bar Mr. Trump and the Trump Organization from entering into any New York real estate acquisitions for five years; 3) award disgorgement of all financial benefits obtained through the persistent fraudulent practices, estimated to total $250 million.

In conjunction with the lawsuit, OAG has referred the matter to the U.S. Attorney’s Office for the Southern District of New York and the Internal Revenue Service (IRS) for criminal investigation.

“For too long, powerful, wealthy people in this country have operated as if the rules do not apply to them. Donald Trump stands out as among the most egregious examples of this misconduct,” said Attorney General James. “With the help of his children and senior executives at the Trump Organization, Donald Trump falsely inflated his net worth by billions of dollars to unjustly enrich himself and cheat the system. In fact, the very foundation of his purported net worth is rooted in incredible fraud and illegality. Mr. Trump thought he could get away with the art of the steal, but today, that conduct ends. There are not two sets of laws for people in this country; we must hold former presidents to the same standards as everyday Americans. I will continue to ensure that no one is able to evade the law, because no one is above it.”

Statements of Financial Condition
This years-long fraudulent scheme centers on the annual Statements of Financial Condition (statements) for Donald Trump that contain Mr. Trump’s or his trustees’ assertions of his net worth. From 2011-2021, these statements were compiled by Trump Organization executives, and were issued as a compilation report by Mr. Trump’s accounting firm. The statements are explicit that the preparation was the responsibility of Mr. Trump or, starting in 2016, the trustees of his revocable trust, Donald Trump Jr., and Allen Weisselberg. The statements were personally certified as accurate by Mr. Trump or by one of his trustees when being presented to financial institutions with the purpose and intent that the information contained in the statement would be relied upon by those institutions.

Over the course of OAG’s three-year investigation, OAG found that between 2011-2021, Mr. Trump’s statements were fraudulent and misleading in both their composition and their presentation. Mr. Trump made known through Mr. Weisselberg that he wanted his net worth on his statements to increase every year, and the statements were the vehicle by which his net worth was fraudulently inflated by billions of dollars year after year. All told, Mr. Trump, his children, the Trump Organization, and the other defendants as part of a repeated pattern and common scheme, derived more than 200 false and misleading valuations of assets for the 11 statements covering 2011 through 2021.

Each statement represented that the values were prepared by Mr. Trump and others at the Trump Organization in consultation with “professionals,” however, no outside professionals were retained to prepare any of the asset valuations for the statements. To the extent Mr. Trump and the Trump Organization received any advice from outside professionals that had any bearing on how to approach valuing the assets, they routinely ignored or contradicted such advice.

They also issued statements that were in blatant violation of generally accepted accounting principles (GAAP) in the United States, despite representing that the statements were prepared in accordance with these principles. They ignored the most basic rules and standards for financial reporting, including:
Relief
As a consequence of this persistent and repeated fraud and illegality, OAG is asking the court to:
Permanently bar Mr. Trump, Donald Trump, Jr., Ivanka Trump, and Eric Trump from serving as an officer or director in any New York Corporation or similar business entity registered and/or licensed in New York state;
Bar Mr. Trump and the Trump Organization from entering into any New York state commercial real estate acquisitions for a period of five years;
Bar Mr. Trump and the Trump Organization from applying for loans from any financial institution registered with the New York Department of Financial Services for a period of five years;
Award disgorgement of all financial benefits obtained through the persistent fraudulent practices of an amount to be determined at trial and estimated to total at least two hundred and fifty million dollars ($250 million).
Permanently bar Allen Weisselberg and Jeffrey McConney from serving in the financial control function of any New York Corporation or similar business entity registered and/or licensed in New York state;
Appoint an independent monitor to oversee compliance, financial reporting, valuations, and disclosures to lenders, insurers, and tax authorities at the Trump Organization for a period of no less than five years;
Replace the current trustees of the Donald Trump Revocable Trust with new independent trustees, and require independent governance in any newly formed trust should the Revocable Trust be revoked and replaced with another trust structure;
Require the Trump Organization to prepare, on an annual basis for the next five years, a GAAP-compliant, audited statement of financial condition showing Mr. Trump’s net worth, to be distributed to all recipients of his prior Statements of Financial Condition; and,
Cancel any certificate filed under and by virtue of the provisions of section 130 of the General Business Law for the corporate entities named as defendants and any other entity controlled by or beneficially owned by Donald Trump which participated in or benefitted from the foregoing fraudulent scheme.