After Half-Century in Prison, Should Black Panther Be Left to Die?
Advertisement 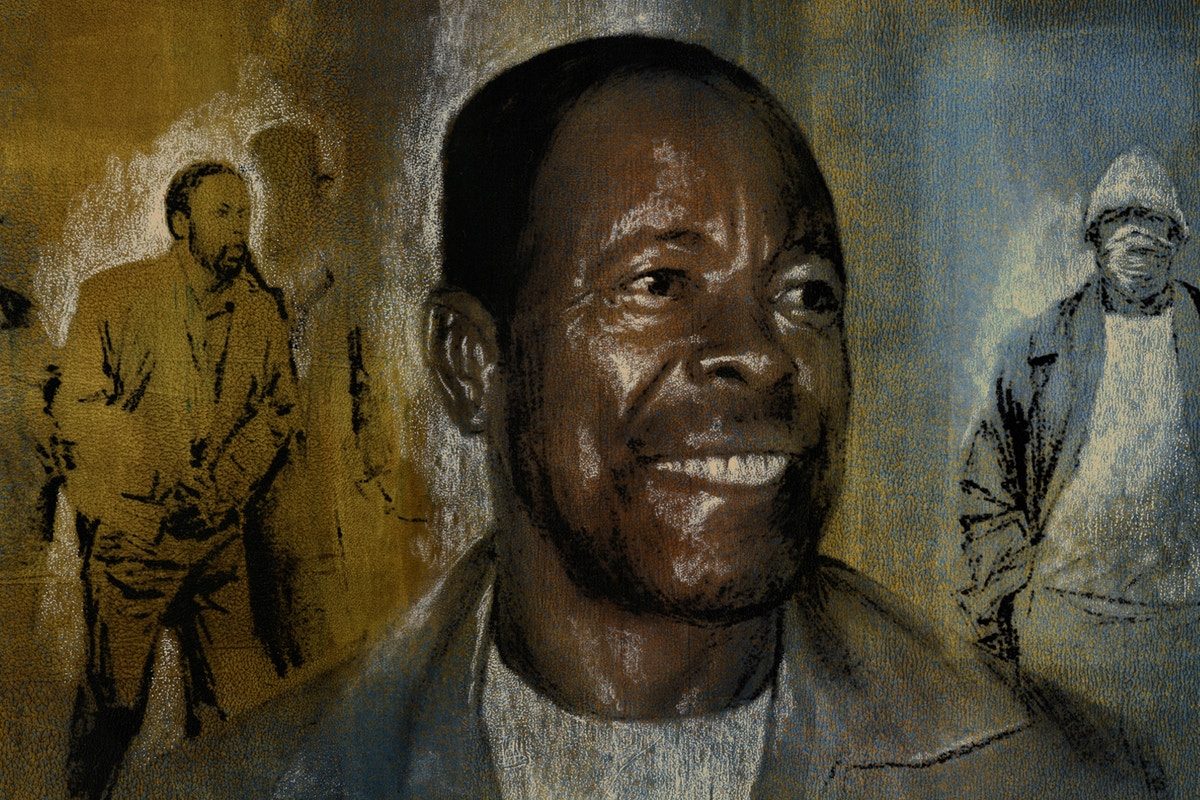 Natasha Lennard
March 28 2021
Sundiata Acoli is 84 years old and has been in prison for nearly half a century. When the state of New Jersey locked him up in 1974, Acoli was not sentenced to die behind bars; he has been eligible for parole for almost three decades. The much-loved father and grandfather has an exemplary disciplinary record and a stellar history of work and academic achievement while incarcerated.
His parole bid in February was denied. Acoli will likely not live long enough to appear before the board again.
The idea that this elderly Black community leader could be a risk to society outside the prison walls is laughable. Yet Acoli’s release does not appear to be on the horizon. He has been consistently denied parole since the early 1990s. His last bid, in February, was again denied. The parole board determined that he should be considered ineligible for another hearing for an extended but unspecified period of time. Acoli will likely not live long enough to appear before the board again.
He is in poor health, as you might expect at his age, after enduring 48 years of prison’s effects on the body. His conditions include advancing dementia, cardiovascular disease, hypertension, emphysema, and glaucoma. Acoli survived a serious Covid-19 infection last year, which left him 30 pounds lighter and more infirm.
Even for those who believe in the possibility of justice through carceral punishment — and I do not — Acoli’s ongoing imprisonment should be deemed unacceptable. It has long been the case, however, that the criminal legal system denies individuals in Acoli’s position even the dregs of earnest due process afforded incarcerated people. He is a former Black Panther, convicted for the killing of a New Jersey state trooper in the same incident that saw the revolutionary Assata Shakur wounded and captured.
The reason he has not been released, according to his longtime friend and supporter the Rev. Lukata Mjumbe, “has been politics.” Nearly 50 religious leaders from across New Jersey urged Gov. Phil Murphy to immediately release Acoli last year, when the incarcerated elder was rushed to hospital with Covid-19 complications.
In a recent interview with former political prisoner and Black Panther Marshall “Eddie” Conway, Mjumbe said, “Moving forward, we’re not dealing with a focus and a fixation on politics, we’re calling for the compassionate release of an 84-year-old man who has been in prison for almost 48 years, who was born in 1937, incarcerated in 1973, who is a grandfather, who is a father, who is sick and who needs to come home.”
New Jersey introduced one of the first bills in the country last year to reduce prison sentences during the pandemic. Around 2,600 incarcerated individuals in the state, who were nearing the end of their prison terms, have been released; those convicted of murder were unsurprisingly considered ineligible. Coronavirus-related releases around the country have consistently upheld blunt legal-criminal taxonomies in determining who should go free, but they fail to account for a number of vulnerable individuals at extremely low risk of re-offending, like Acoli, who nonetheless have been deemed “violent” in perpetuity.
Even without the context of a pandemic, the grounds for freeing the 84-year-old are abundant. It is, however, cases like Acoli’s — and other long-incarcerated Black liberation leaders — that reveal the true nature of a system, in which so-called blue lives matter and Black lives do not.
Calls for Acoli’s release do not focus on the extreme persecution faced by Black liberation fighters at the time of the former Panther’s arrest; they don’t need to. By any measure, he has more than served his time. In 2014, a New Jersey appeals court challenged Acoli’s previous parole denial and ordered his release. The judges wrote, “Acoli has paid the penalty under the laws of this state for his crimes.” A higher court later reversed the ruling.
Powerful police unions fight with near-religious zeal to ensure that “cop killers” never see a day of freedom. Since 2000, eight former Black Panther Party members have died while incarcerated, all at least 10 years younger than Acoli. Following changes to New York parole guidelines and parole board makeup, however, two former Panthers have been granted parole in recent years, both having served over 40 years in prison.
Like Acoli, Herman Bell and Jalil Muntaqim posed no risk to society and were regarded as mentors by numerous younger people with whom they had served time. They were also the targets of tireless racist and reactionary police union campaigns. Acoli’s fate is determined by a different state’s powers, but the grounds for his long overdue freedom are no less strong.
The same is true of Mumia Abu-Jamal, 66; Russell Maroon Shoatz, 77; and Mutulu Shakur, 70 — all Black elders whose ongoing imprisonments constitute an excess of carceral cruelty. Each of the men has at some point in the last year contracted Covid-19. Shoatz has stage four colon cancer and was reportedly held for 10 days in a gymnasium with 30 other coronavirus-positive detainees who all shared one toilet. Abu-Jamal tested positive for the virus earlier this month; he, too, lost 30 pounds, has congestive heart failure, and a skin condition that has flared up, leaving exposed bloody wounds all over his body.
Laura Whitehorn, co-founder of the Release Aging People in Prison campaign, and herself a former political prisoner, tweeted that Acoli, Abu-Jamal, Shoatz, and Shakur, among others, remain behind bars “while ‘Judas & the Black Messiah wins film awards” — referring to the recent Hollywood depiction of the betrayal and government execution of Black Panther Party Illinois chapter chair, Fred Hampton.

Anyone rightfully horrified on learning of the persecution Hampton faced must reckon with the fact that a number of his contemporaries remain in cages, where, without intervention, they will die. As Whitehorn wrote, “All elders, all ill, should have been released years ago.”

FOR MY SWEET- Jitu Weusi