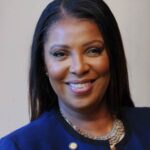 (Brooklyn, NY) — Brooklyn Democratic Party Chair Rodneyse Bichotte Hermelyn issued the following statement about Kathy Hochul officially becoming New York State’s first woman Governor at midnight:
“This is a historic moment. We are long overdue for female leadership in New York’s highest office, and Kathy Hochul is the perfect pioneer. Hochul has empowered women and put New Yorkers first throughout her decades in public service. She is a role model and inspiration for women.

Today is also a new era of reform and accountability. Hochul has pledged to end the toxic, misogynistic work environment in Albany. I’m confident that Gov. Hochul will relentlessly fight for women’s rights and bring much-needed change to the state.

Additionally, Gov. Hochul is no stranger to Brooklyn, having worked with the borough on plenty of initiatives, including Vital Brooklyn. I have spoken to her and she is receptive and aware of the borough’s needs. We welcome her with open arms as New York’s 57th Governor.”

A.G. James on the Resignation of Governor Cuomo