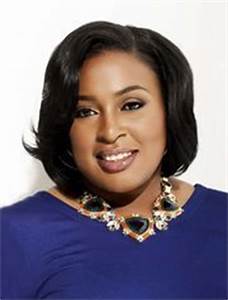 The Trump Presidency is consistent, consistently offensive to people of color. Take last week’s talks about immigration to a bipartisan group of legislators at the White House. The president was referencing Haitians, El Salvadorans and African countries when he said, “Why are we having all of these people from shithole countries come here?”   He continued. “We should bring more people from countries like Norway…..and we would be more open to immigrants from Asian countries because I feel that they help the U.S. economically.”  Trump denies making the shithole remarks. I believe Senators Dick Durbin and Lindsey Graham do not dispute the Trumpian shithole remarks. Racist?! That’s a rhetorical question.

It is hard to respond to ignorance and stupidity. Where do you begin? Does Trump know that until about 5 years ago, Africans were the best formally educated of all immigrants to the USA. Yes, they believe in Ph.Ds. They excel in engineering and many are superstars on Wall Street. Does he know that Africa is also the richest piece (re: natural resources) of real estate on the planet. He needs to check with some of his “really rich” white American or European buddies, the Fortune 500 gang to test their knowledge and interest in Africa and Africans.

When a country or a continent has something that your corporate denizens want, you adopt liberal immigration policies for their citizens.  Africa is also a continent crucial to US security and defense strategies.   Perhaps, Trump should read a few Africom bulletins. Or just read some US Department of Defense files about the critical roles of Africa. Last year, Trump said that the US was changing its Africa policy, decreasing if not eliminating humanitarian aid, and focusing instead on strengthening local militaries. Did I mention that Africa is the home of civilization, including European civilization. Read my Haiti remarks under Foreign Affairs.

I suspect that President Trump’s behavior, outbursts and chaos explains the book industry’s fascination with the USA’s close encounters with disaster during his term in office. War brinksmanship, polluting the air and the waters, dismantling public education.   David Frum’s book, “TRUMPOCRACY: The Corruption of the American Republic”, hits bookstores this week. Trump also disrespected Dr. Martin Luther King, Jr.’s holiday by playing golf! POTUS 45 is not good for the national health of America and the world really misses Barack Obama and his presidency when he did his best to help make the USA and the world a better place.

Councilman Corey Johnson is the new NYC Council Speaker. A politician with a progressive agenda who named committee chairmen and party leaders.  Rafael Salamanca, Jr. (Bronx) chairs Land Use; Daniel Dromm (Queens) chairs Finance; Ydanis Rodriguez (Manhattan) chairs Transportation; Andy King chairs Juvenile Justice; Richie Torres chairs Oversight and Investigations; Laurie Cumbo is new Majority Leader; and Councilman Jumaane Williams (Brooklyn) seems to be the only one who ran against Johnson for the Speakership who was not awarded a chairmanship.    Not to worry. Williams has set his sights much higher….initially for the governor spot. Now his interest is the Lieutenant Governor Kathy Hochul’s job. Congressional Minority Leader Nancy Pelosi wants Hochul back in Congress. NYS Dems are courting Rochester Mayor Lovely Warren as a LG hopeful.

Liberian-born businessman Richelieu Dennis, founder of Essence Ventures, recently purchased Essence Communications from Time Inc. for an undisclosed amount. The sale included Essence magazine and the Annual Essence Festivals, held in New Orleans since 1995 and in South Africa since 2016. Essence magazine was founded in 1970 by Ed Lewis and a team of Black male entrepreneurs.  Essence President Michelle Banks joins the Essence Ventures Board, as does a Black female-led executive team who will have equity in the enterprise. Richelieu Dennis launched the successful Shea Moisture brand, a hair and skin care line which he recently sold. He also entered into a business deal with Barbara Ann Teer’s National Black Theatre building in Harlem on Fifth Avenue at 125th Street.

Wonder if Mr. Dennis has some surplus funds from his Shea Moisture revenues to buy Johnson Publishing’s iconic brand, Ebony magazine. Johnson Publishing magazines were sold to Michael Gibson’s Black-owned private equity company CLEARVIEW, which had no publishing background. I have not seen an Ebony hard copy in months. What passes as news from the site is salacious celebrity gossip, disseminated about twice a week. Ebony has been reduced to a blog!

Brenda Brunson’s Tribal Truths fashion emporium in Brooklyn closed on January 14.   A fashion designer and stylist, Brunson is a household name in New York’s women’s fashion circles, couture and rtw, for those disposed to drama, lyricism, Afrocentricity or all of the above. A Brunson design is its own statement. It is wearable art. Tribal Truths was housed at 117 So. Oxford Street. We all wait with baited breath for Brunson’s next chapter or sequel to Tribal Truths.

FORBES magazine just published its list of 23 African billionaires. Nigerian cement and commodities businessman Aliko Dangote tops the list for the seventh consecutive year with a net worth of $12.2 billion.   Other Black African billionaires in the Forbes firmament include Zimbabwe’s Strive Masiyiwa, Econonet; Angolan Isabel Dos Santos and Nigerian Folorunsho Alakija. Like their American counterparts, their net worth is guestimated by Forbes.

HAITI celebrated its 214th Independence Day on January 1, 2018. The enslaved Africans in Haiti emancipated themselves and declared independence from Napolean’s France, which boasted one of Europe’s most formidable armies. The African Haitians were the only New World Blacks who snatched their freedom.   Therein lies its problem to this day.  Wonder if Trump remembers Haiti’s last legitimate democratic election when Jean-Bertrand Aristide became president. What happened? The US, France and Canada removed him from office and relocated him to the Central African Republic. A screenwriter could not conjure up a scenario like that. A superpower act like that threatens political stability. Then came the 2010 earthquake with recovery pledges and commitments just north of $5 billion.   Where did the money disappear to? Certainly not to Haiti’s treasury. P.S.– Who is collecting the Haitian gold mine revenue?