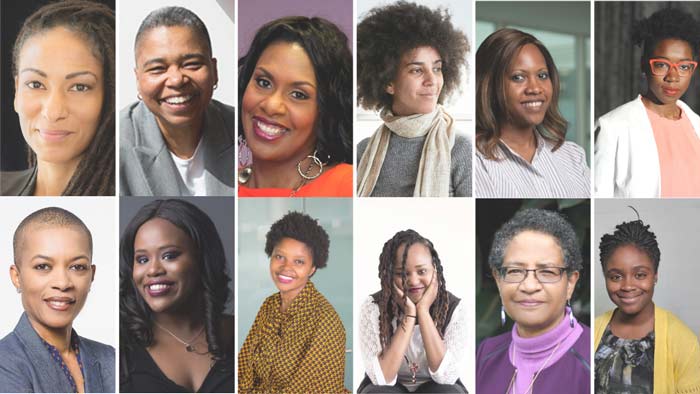 Published on June 15, 2020
Caroline Lair
Founder of The Good AI, Cofounder of Women in AI
At The Good AI, we strongly believe Artificial Intelligence (AI) should be inclusive and celebrate diversity. However, AI is also the reflector of its creators and this translates into the reproduction of certain biases into AI products related to race, gender or sexual orientation among others. The following article from the MIT Technology Review explains how.
In the light of this, the tech industry has an important responsibility towards society, and the death of George Floyd at the hands of a city police officer in Minneapolis, USA on 25 May 2020, -one in a long series of racists attacks against African Americans -, should urge us to take action. We need to make sure we are not perpetuating and letting racism or any other kind of discrimination take roots in our AI systems. Instead, our everyday motto must be to work at deconstructing and eliminating them once and for all thanks to the power of AI.
And if we need to take radical prevention measures in the first place to better apprehend how we can use these AI technologies in the most ethical way, we should surely do it. Some leading companies are already acting in that sense : IBM just announced last week that they would no longer offer general purpose facial recognition software “for mass surveillance, racial profiling violations of basic human rights and freedoms, or any purpose which is not consistent with our values and Principles of Trust and Transparency”, CEO Krishna said.
The Good AI is born from the ambition to accelerate this transition toward a responsible AI, raising awareness, providing education and highlighting projects and people working in that direction. That is why we have chosen today to celebrate 12 remarkable Black women whose work and contribution to the AI field are instrumental at the technical, political and societal level. These pioneer women are paving the way, each in their own manner, for a responsible and ethical usage of AI promoting fairness and inclusiveness in society, possibly attempting to reconcile humans with their past and repair centuries of damages and injustice toward the Black people. Needless to say that we desperately need to see a fairer representation of diversity among talented women in AI in the media and event industries.

Professor Ruha Benjamin is an Associate Professor of African American Studies at Princeton University, where she studies the social dimensions of science, technology, and medicine. She is also the founder of the JUST DATA Lab and the author of two books, People’s Science  (Stanford) and Race After Technology (Polity) in which she talks about how algorithm can encore racial discrimination.

Latanya Sweeney, Ph.D, is a Professor of Government and Technology in Residence at Harvard University, formerly the Chief Technology Officer at the U.S. Federal Trade Commission (FTC)., and the founding Director of the Data Privacy Lab at Harvard. Her work was first to demonstrate discrimination in online algorithms, and founded the new emerging area known as algorithmic fairness. More recently, her work with Ji Su Yoo and Jinyan Zang was first to demonstrate vulnerabilities in voter websites during the 2016 election.

Elizabeth Adams is a Non-Resident Fellow at the Digital Civil Society Lab in Partnership with the Center for Comparative Studies in Race and Ethnicity. She is a technology integrator, working at the intersection of Cyber Security, AI Ethics and AI Governance, focused on Ethical Tech Design. Elizabeth impacts the world around her every day serving as a member of the IEEE Global Initiative on Ethics of Autonomous and Intelligent Systems helping to build global standards for AI Nudging & Emotion AI, and as an appointed member of the Racial Equity Community Advisory Committee for the City of Minneapolis influencing the local Civic Tech & Tech Design Racial Equity conversation and framework.

Timnit Gebru received her PhD from the Stanford Artificial Intelligence Laboratory, studying computer vision under Fei-Fei Li. She’s currently a research scientist at Google in the ethical AI team. Prior to that she did a postdoc at Microsoft Research, New York City in the FATE (Fairness Transparency Accountability and Ethics in AI) group, where she studied algorithmic bias and the ethical implications underlying any data mining project.

Joy Buolamwini is a poet of code who uses art and research to illuminate the social implications of artificial intelligence. She founded the Algorithmic Justice League to create a world with more ethical and inclusive technology. Her TED Featured Talk on algorithmic bias has over 1 million views. Her MIT thesis methodology uncovered large racial and gender bias in AI services from companies like Microsoft, IBM, and Amazon. Her research has been covered in over 40 countries, and as a renowned international speaker she has championed the need for algorithmic justice at the World Economic Forum and the United Nations. Technology, Joy launched the Safe Face Pledge, the first agreement of its kind that prohibits the lethal application of facial analysis and recognition technology.

Donna Auguste was the first African American woman accepted in the PhD program at Carnegie Mellon University. Early in her career, Donna worked at Xerox and was part of the engineering team at IntelliCorp that introduced some of the world’s first commercial artificial intelligence knowledge. In 1996, she founded Freshwater Software, Inc. to provide companies with tools that would help them monitor and enhance their presence on the Internet. She served as CEO of Freshwater until she sold it in 2000 for $147 million. She went on to found the Leave a Little Room Foundation, LLC, a philanthropic organization that helps to provide housing, electricity, and vaccinations to poor communities around the world.

Yeshimabeit Milner is co-founder and executive director of Data for Black Lives. Raised in Miami, FL, Yeshimabeit began organizing against the school-to-prison pipeline at Power U Center for Social Change as a high school senior. There she developed a lifelong commitment to movement building as a vehicle for creating and sustaining large-scale social change. Yeshimabeit returned to Power U in 2013 to lead a victorious campaign to improve breastfeeding policies at the largest public hospital in the country. More recently, she was a campaign manager at Color of Change, where she spearheaded several major national initiatives, including OrganizeFor, the only online petition platform dedicated to building the political voice of Black people, and a successful campaign to remove Bill O’Reilly from television. She has a BA from Brown University and serves on the board of the Highlander Center in Tennessee.

Mutale Nkonde is an AI policy analyst and researcher based in New York City. She started her career as a 2018-19 fellow at Data & Society, a Research Institute in New York City and works at the intersection of race, technology, and policy. Nkonde has been working as a senior tech policy advisor for Congresswoman Yvette Clarke since 2016. She was part of the team that helped introduce the Algorithmic Accountability Act into the House of Representatives in April 2019, and is currently considering a series of data privacy proposals. She is also the founder of the Dorothy Vaughn Tech Symposium, a briefing series that takes place on Capitol Hill.

Muthoni Wanyoike is the Co-founder of Nairobi Women Learning & Data science, as well as an organising member of one of the largest AI focused conferences in Africa, Deep Learning Indaba. She is fervent about implementing world-class AI opportunities in Africa. With a bachelor’s degree in Actuarial science, she worked at Code For Africa’s Storylab Academy, educating journalists in digital skills. She is conversant with research data analytics, community and project management, & community growth hacking.

Dr. Fay Cobb Payton is a Program Director at the National Science Foundation (NSF) in the Division of Computer and Network Systems. She manages a portfolio of research projects involving Computer Science for All, Broadening Participation, Smart & Connected Health, INCLUDES, Excellence in Research and others. She’s also a University Scholar and Full Professor with Tenure at NC State University where she conducts research on health care, UX design, bias in computing/IT participation, data management and analytics, social & digital inclusion and others.

Deborah Raji is tech fellow at the AI Now Institute at New York University She has worked closely with the Algorithmic Justice League initiative, founded by Joy Buolamwini of the MIT Media Lab, on several projects to highlight cases of bias in computer vision. She was a mentee in Google AI’s flagship research mentorship cohort, working with their Ethical AI team on various projects to operationalize ethical considerations in ML practice, including the Model Cards documentation project. She was also recently a research fellow at the Partnership on AI, working on formalizing documentation practice in Machine Learning through their ABOUT ML initiative, as well as pushing forward benchmarking and model evaluation norms.