Why We Should Support the Test: Part 2
Advertisement 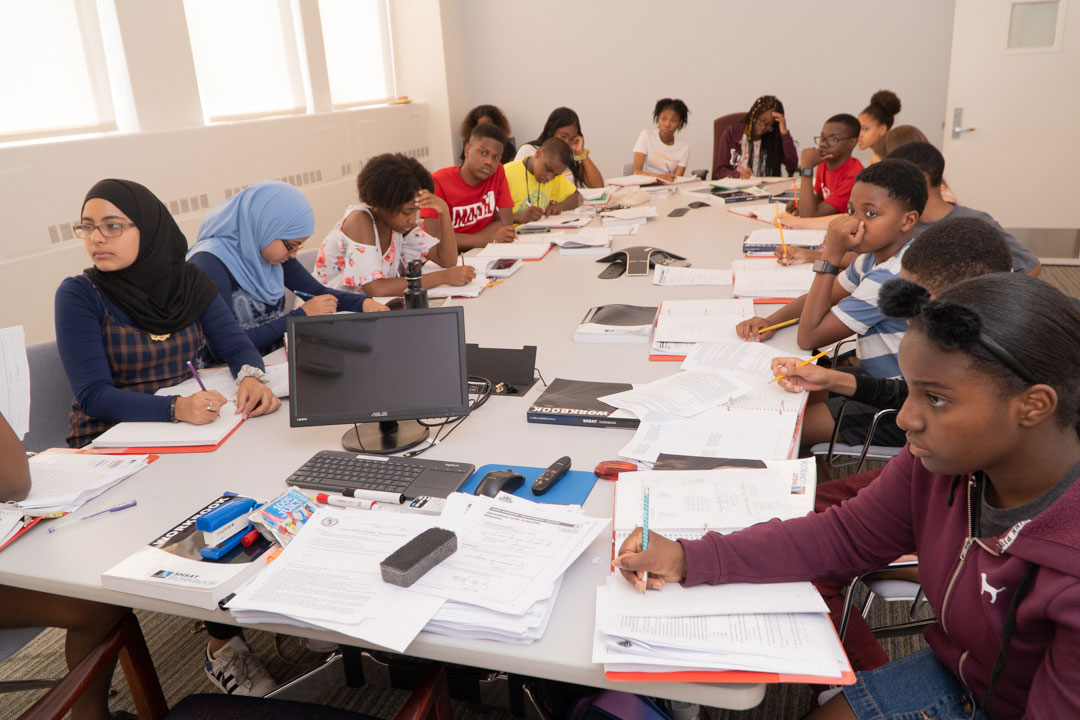 “Specialized High Schools are critical to the fabric of New York City because they function as, what I like to call, ‘STEM boot camps.’ They do a phenomenal job of preparing kids for the STEM industry. There is a strong case for Specialized High Schools because of their consistent performance, regardless of racial makeup. They serve as excellent institutions for college prep, life prep, professional prep, and they hold the students to an exceptionally high curriculum.”

Tai Abrams was born and raised in East Flatbush. She attended the Bronx High School of Science and then went on to Duke University. She is the founder of AdmissionSquad, a high school transition program helping students and families at-large gain admission into Specialized High Schools in New York City, and the author of Who Am I? An A-Z Career Guide for Teens. Not only does she credit Bronx High School of Science for providing a fortified educational structure, but she also credits Test Prep with being the key to her admission into a Specialized High School.

“I came up through the public-school system. I was part of the Gifted and Talented program at PS 235. The administration at the time decided to create a new middle school, which became one of the highest-performing schools for Black and Brown children. I was the valedictorian of the first graduating class of that school. As academically talented as I was, had it not been for a parent outside of the school pretty much having a vision of Black and Brown children getting into Specialized High Schools, I don’t think I would’ve ever gotten in. What the parent ended up doing was talking to the math teacher and tutoring seven of us in seventh grade for the ninth-grade math regents. I got 100 on that regents. In eighth grade, I took the tenth-grade math regents and got a 98 on it. I basically went into the SHSAT with a two-grade math advantage, and I almost aced the test, which allowed me to get into Bronx HS of Science.”

After graduating from Duke and working as a successful government contractor, Tai returned to NYC only to realize that the educational landscape had drastically changed. When she checked the numbers, she found that there was only a .01 percent rate of Black acceptance into Stuyvesant High School. The numbers weren’t much better for her alma mater. Compelled by her passion for mathematics and education, Tai decided to take action. “I did a program called Teach for America, and I learned a lot about the achievement gap. I felt that there was a huge missed opportunity for identifying the top 5% of every school, specifically in educationally disadvantaged neighborhoods, and giving those children a chance to get into Specialized High Schools.”

Since 2016, AdmissionSquad is responsible for placing over 40 children into Specialized High Schools. Tai believes that Test Prep is the necessary next step to picking up where the Gifted and Talented programs left off. “The reality is that once Gifted and Talented programs were removed from school districts, you had different responses in various communities. So, for example, in the Asian communities they responded by setting up Test Prep companies. These companies weren’t in existence 30 years ago. They were set up in response to the removal of the Gifted and Talented programs. Presently, there are over 200 Asian-run prep companies because they would not rely on the Department of Education to drop the ball on Gifted and Talented programming. When we look at Black and Brown communities, we trusted the DOE. We marched and we petitioned and we hoped that the programs would be restored, and when they were not restored you had most of our talented students not having the opportunity to be challenged in a way that would preserve the pipeline to the Specialized High Schools.”

When setting up AdmissionSquad, Tai took into consideration the fact that in the Black community paying for Test Prep isn’t a cultural norm. Economic barriers exist in our communities that make it difficult for many families to pay for their child to prepare for a test. She knew that for her idea to work the model of the company would have to be a nonprofit.

AdmissionSquad is located at 195 Montague Street in Brooklyn Heights, and they accept kids as early as the 5th grade. For more information, contact the AdmissionSquad group at (347) 313-8378.