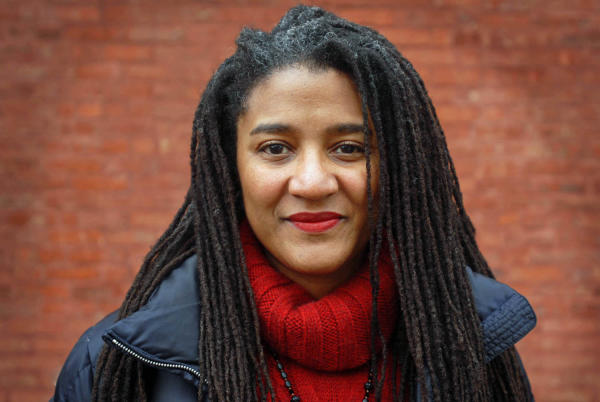 The USA is in “crisis mode”.   No one could have predicted the sea changes that America and the world have undergone since Donald Trump was sworn in as US President on January 20, 2017.   The POTUS 45 reign has been chaotic, depressing. It is like taking a few modern literary works – “Portrait of Dorian Gray”, Kurt Vonnegut’s “The Breakfast of Champions”, Machiavelli’s “The Prince” and Lewis Carroll’s “Through the Looking Glass – and cross-pollinating their plot twists and turns to make sense of the world, effective May 2017.

Whatever the Trump vision is for America, it is dark and scary. During his campaign stomping, he boasted about building a wall to separate Mexico and the US to curb foreigners from entering the US. He argued that they were taking American jobs. He promised to scuttle Obamacare, aka the Affordable Care Act, depriving 23 million of insurance coverage. He said that NATO and other alliances must be revisited or cancelled… ditto trade agreements like the North American Free Trade Agreement (NAFTA). He would take a tough stance against the Chinese, who also were taking “our” jobs. Tax reform was high on the list of promises to the Trump faithful followers, who are willy-nilly akin to the Jim Jones followers.

Trump has nominated more than a handful of cabinet members who advocated for the extinction of the departments they now oversee, like Betsy DeVos(education) and Rick Perry(energy). There are no Latinos in the Trump cabinet. What America got in 100 days was a domestic terrorist war on undocumented residents, including prison detention and threats from POTUS to withhold monies to sanctuary cities which did not cooperate with immigration enforcement officers. Jeff Sessions, the new Attorney General, is rolling back agreements between his office and local police departments about criminal justice reforms that would benefit nonwhites.

During his first 100 days, the US initiated two military strikes, one in Syria, the other in Afghanistan.   The Syrian act was stunning in that within 24 hours of his declaration of being an American first man and would ignore the use of chemical weapons there, he strikes a Syrian base.   Before the public could come up for air, the US was bombing tunnels in Afghanistan.   Donald’s executive orders banning travel to the US for citizens from 6 Muslim nations was disarming.   And the Trump brinksmanship with North Korea’s Kim Jong-un is reminiscent of the good old Cold War days. Please, no WWIII, Mr. President!

Trump can take credit for getting his US Supreme Court nominee, Judge Neil Gorsuch, confirmed, his sole victory. Since January 20, it seems like all of the latent racism in America has become more palpable. There have been excessive assaults on people of color like the white supremacist from Maryland who came to New York to kill Black people. He killed a Black man.   There was the Vietnamese-American medical doctor who was manhandled on the United Airlines plane.   More poor people are having hard times paying for their children’s lunch in public schools.

The $1 billion Trump budget called for draconian cutbacks in domestic programs which would benefit most of the people who voted for him. Budget included a $30 billion increase for the military. The budget, approved by the bipartisan Congress, included many corrections and protections for the 97%. His tax proposal would benefit America’s 2%, not the people who drank the Election Day Kool Aid! Trump promised the world and delivered on one promise, the Supreme Court confirmation. Trump’s first 100 Days would be graded D!

Actor Don Cheadle, who brought the Miles Davis biopix to the big screen, has another Black biopix on his radar screen. It is about America’s first Black millionaire, Haitian-born Jeremiah Hamilton, who made his fortune on Wall Street. He arrived in the USA in 1928 and made his fortune in less than 10 years. Film will be adapted to screen from the 2015 biography, “Prince of Darkness: The Untold Story of Jeremiah G. Hamilton: Wall Street’s first Black Millionaire”. Hamilton’s net worth when he died in 1875 was $2 million, which adjusted to today’s inflation, would be about $42 million.

The Initiative for Global Development (IGD) convenes its Spring Frontier 100 Forum on May 5-6 in Durban, South Africa, on the heels of the World Economic Conference, which ends 5/5. Founded in 2003, the IGD is a Washington, DC- based nonprofit which engages the power of the private sector to create sustainable development and inclusive growth in Africa through business investment.  [Visit: Igdleaders.org]

The United States has deployed a few dozen troops from the 101st Airborne Division to Somalia for the first time in about 20 years. Somalia’s new president, Mohamed Abdullahi Mohamed (Farmajo), is a Somali-American who took office in February and has declared war on its insurgents, Al-Shabaab. Somalia, on the Horn of Africa, is one of the countries on President Trump’s “travel ban” list.

China is ready to set up its first overseas military naval base, which will be in Djibouti, another Horn of Africa nation. Is this move an expression of China’s military industrial complex? More than 1 million Chinese have relocated to Africa, the continent richest in natural resources.

Congratulations to all of the theater people who earned Tony nominations. JITNEY: Best Revival of a Play, Santiago-Hudson, Best Director, and John Douglas Thompson, Best Featured Actor; SWEAT: Best Play by Lynn Nottage, who won 2017 Pulitzer for “Sweat”. Tonys will be presented on June 11.   Additionally, Bed-Stuy Restoration Art; Eric Adams, Brooklyn Borough President and Our Time Press will co-host a celebration of two-time Pulitzer winner Lynn Nottage on May 15 at the Skylight Gallery, Restoration Corporation, Brooklyn.

A special theatrical reading of the Zora Neal Hurston classic, “Their Eyes Were Watching God”, directed by Ruben Santiago-Hudson, will be presented at the newly renovated Billie Holiday Theatre, 1368 Fulton Street, Brooklyn, on May 12/13.   Marquee names like Leslie Uggams, Roslyn Ruff, Brandon Dirden, Ebony Jo-Ann are some cast members.