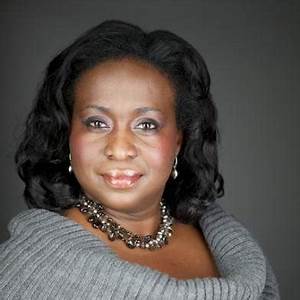 The Manhattan Community Board 10 Economic Development Committee’s forum, “BLACK WOMEN’S SUMMIT: From Income Disparities to Economic Equity,” which focused on Black women entrepreneurs at the National Black Theatre on March 18, was a huge success.   The Black entrepreneurs were represented by Sharene Wood, President/CEO, 5001 Flavors and Harlem Haberdashery; Aliyyah Baylor, President/CEO, Make My Cake; Beatrice Sibbles, Managing Director/Founder of BOS Development, a real estate developer; Regina Smith, Harlem Business Alliance Executive Director; and guest financier Nisha Desai, CEO, Anday Capital, LLC.  Myrtle Jones, Rochester Institute of Technology Professor, moderated. The women held forth with a discussion which was equal parts inspirational, cautionary taleish, and instructive re: rudiments of starting and growing a business in a large American metropolis like NYC with all of its unintended consequences.

Subjects explored included capitalization, opportunity zones, homeownership, income inequality and the gender prejudice in the business world. Ms. Sibbles emphasized the necessity of studying the scope of opportunity zones, part of the Trump tax package, most of which are located in predominantly NYC neighborhoods associated with people of color. Investors may be interested in extant businesses in the OZs.   Forum was videotaped.

NYC 9th District Councilman Bill Perkins invites constituents to take part in Participatory Budgeting Vote Week, March 30 to April 7. Vote Week is observed in the five NYC boroughs.   His district, one of 33 using Participatory Budgeting, encourages constituents to directly influence use of public funds. During Vote Week, constituents will have the opportunity to spend $1 million in their respective district. “The projects receiving the most votes adding up to $1 million will be funded in the 2020 NYC fiscal city budget.”  Voting will be at sites throughout the city or online at www.pbnyc.org/vote, or call your NYC Council member for local voting destinations.

Three high-ranking African-American civil servants, Errol D. Toulon, Jr., Charles Daniels and Dr. Keith Taylor, filed a discrimination lawsuit against their employer, the NYC Department of Corrections in 2017. Complaint stated they were forced out of DOC for their failure to falsify facts regarding violence at their workplace on Rikers Island and because of the glass ceiling extant for Blacks at DOC.  Two weeks ago, they agreed to a $275,000 settlement.   Today, Errol D. Toulon, Jr. is Sheriff of Suffolk County, the first for an African-American.  Charles Daniels is a Deputy Commissioner at the Alabama Department of Corrections and Dr. Keith Taylor is an adjunct Professor at John Jay College, CUNY.

Bronx US Representative Jose Serrano, 75, will not seek reelection after the 2019-2020 congressional term. He was elected to Congress in 2004. He has been diagnosed with Parkinson’s disease, a neurological disorder.

On the CENSUS. Mandated by the US Constitution, the Census takes place every 10 years. The 2020 Census will determine changes in the number of congressional seats by state and help determine state legislative school district boundaries. Responses to 2020 Census questions will determine how more than $675 billion in federal spending will be distributed to local communities for use on schools, fire and emergency services and health care.

Mexican/Kenyan Oscar winner Lupita Nyong’o stars in Jordan Peele’s latest horror film “US,” which grossed $70.3 million last weekend in US and Canada movie houses. Peele’s earlier film, “GET OUT,” brought new life to the horror genre with its undercurrent race undertones.    Nyong’o recently acquired the rights to Nigerian writer Chimamanda Ngozi Adiche’s novel, “AMERICANAH,” and will produce and star in it. “AMERICANAH” will be produced as a miniseries, perhaps the best platform for the sprawling story.

RIP:  Beloved matriarch Beryl Hay DeGraff has died. The mother of Pastor Jacques DeGraff, her life was celebrated at a homegoing service at the Canaan Baptist Church of Christ, located at 132 West 116th Street, Harlem, on March 27 at 10 am. She was interred at the Calverton National Cemetery.

The 2020-2021 Fulbright US Scholars Program is open. It offers teaching, research and combination of teaching/research opportunities in over 130 countries. The Fulbright Scholars Program is available for college and university faculty as well as for artists, journalists, lawyers, scientists, et al. Application deadline is September 16.

Join sisters from the labor and advocacy communities to celebrate International Women’s Month and unite their voices at the 2019 Red Carpet for Social Justice on Friday, March 29 at 5:30 pm at St. Peter’s Church, 619 Lexington Avenue, corner of 54th Street, Manhattan.  Admission is free, reservations are recommended at Bedmonds@dc37.net or zenaidac@1199.org.

The National Black Theatre partners with the Schomburg Center for “In Perpetual Flight: The Migration of the Black Body” on Tuesday, April 16 at 6 pm, at the Schomburg, 515 Malcolm X Boulevard, Harlem. This is part of Carnegie Hall’s citywide festival, “Migrations: The Making of America,” which studies how large-scale movements of people – both to and within a country – have helped shape American arts, culture and society.

The Tending of the Earth

Women in Business … and what we can learn from them